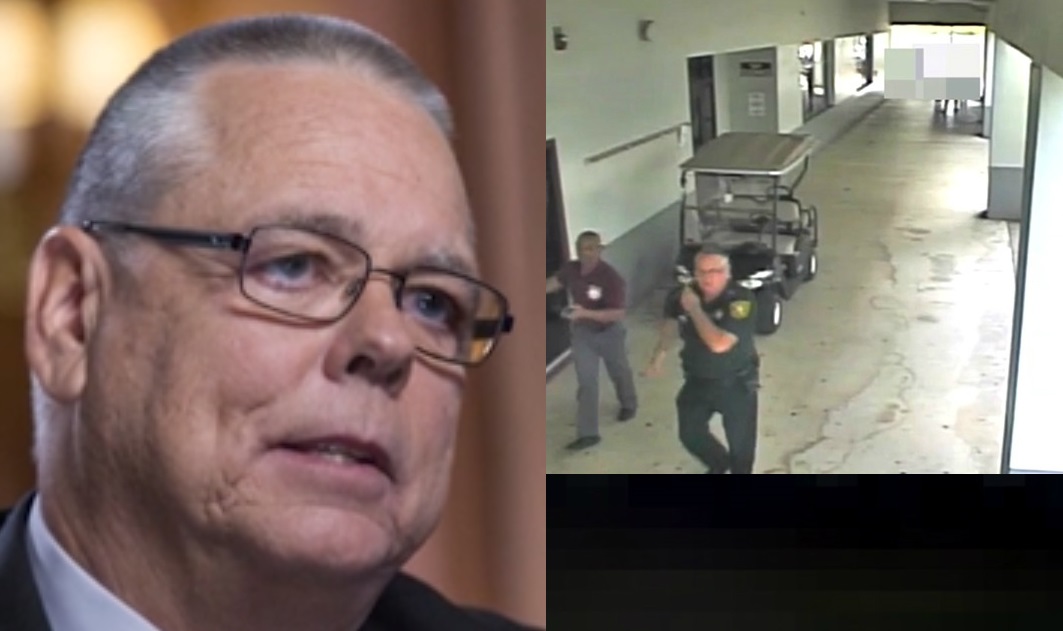 As stated before We love our LEOs but not the pussies. You might remember this idiot from an earlier article. This is the piece of shit that stood outside of the building while a shooting took place inside Marjory Stoneman Douglas High School and it would appear without the now disgraced ex-sheriff Scott Israel there to shift blame onto guns instead of his departments NUMEROUS failures justice was finally served.

“I gave him a gun. I gave him a badge. I gave him the training. If he didn’t have the heart to go in, that’s not my responsibility.” – Ex Sheriff Scott Israel

By waiting outside he allowed those 17 kids to be slaughtered. Forcing him to resign and giving him an $8k retirement pension was a slap in the face to the victims and the families. The man should have been rotting in a cell long ago.

Finally some justice has been served.

The coward school resource ”officer” who let my peers die has been arrested.

Scot Peterson stood outside the building and allowed 17 people to be MURDERED when he knew it was his job to protect us.

The arrest comes after a 15-month investigation into the actions of law enforcement after the Feb. 14, 2018 shooting at the school that killed 17 students and staffers and left 17 others injured. Peterson was the school resource officer at MSD High School during the shooting.

“The FDLE investigation shows former Deputy Peterson did absolutely nothing to mitigate the MSD shooting that killed 17 children, teachers and staff and injured 17 others,” FDLE Commissioner Rick Swearingen said in a statement. “There can be no excuse for his complete inaction and no question that his inaction cost lives.”

The investigation showed Peterson refused to investigate the source of gunshots, and retreated during the active shooting while victims were being shot and directed other law enforcement who arrived on scene to remain 500 feet away from the building..

Its good to see him sitting in the cell at the department he and the community he failed. Karmas a bitch especially for cowards.

Had he done his job those kids would still be alive and for any officer that thinks that behavior is acceptable in this day and age needs to re-evaluate their position. You take the responsibility to run to gunfire when you put on that badge everyday it is your duty to put yourself between the bullets and the innocence and to stop crisis like this from happening you are the front line of defense! Things like this show exactly why schools and children need better protection whether it comes from teachers, equipment installed, or responsible officers in school buildings we need to protect our future! We’ll say it again If you cant protect your citizens especially kids YOU HAVE NO BUSINESS WEARING A FUCKING BADGE!