You cant fix stupid. However sometimes you can standby and let nature take its course.

According to the Russian News sit eНОВОСТИ 24

A Russian man died after posing for a picture with a hand grenade and decided to go a step further and remove the pin.

Alexander ‘Sasha’ Chechik was killed after taking pictures with a live grenade and sending them to his friends. We’re pretty sure that much like a viral video where a man accidentally let go of the handle Alexander had the same thing happen and was not able to get the grenade outside of the vehicle in time before it went off killing him instantly.

A graphic police photo shows exactly what happens when you play with explosives. 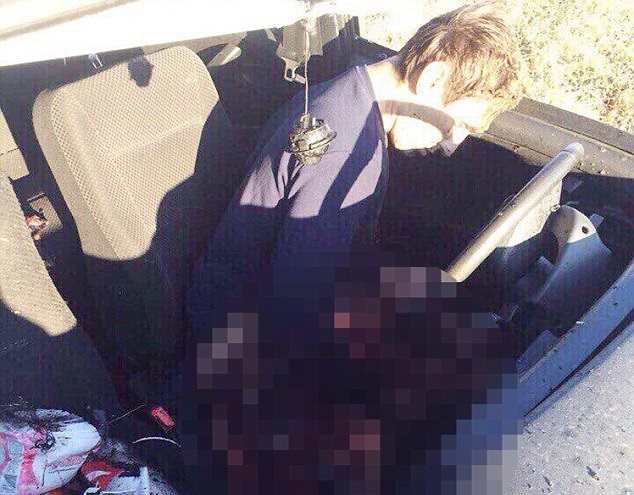 One friend messaged him, “Where are you? Are you OK?”

He replied, “Depends on what OK is in your understanding?”

He sent a picture of the grenade, pin removed, in his hand.

To which the friend responded, “Listen, don’t do stupid things. Where are you?”

Occurrences like this aren’t uncommon in Russia. Theres even a viral YouTube video of a man scaring a co worker after detonating a grenade in the adjoining room.

If you find unexploded ordinance dont fuck with it. Not only can being in possession of a grenade land you in some serious legal trouble it could very well take your life.