Well its happened. Someone bugged the ATF so much that they went back and rescinded the prior methods to measure a firearms overall length! More specifically a pistol fitted with a brace and folding mechanism. This is a question that has been asked time and time, over and over again.  In an earlier article we covered a letter released by John R. Spencer, Chief of Firearms Technology Branch at the ATF he clarifies how to measure the 26″ overall length of an AR pistol it would seem though that information is now incorrect. You can still have a vertical grip if your overall length is over 26″ However, certain factors have changed!

If you are are not adding a vertical fore-grip to your pistol then don’t worry. However, if you want to add a vertical fore-grip you will want to read this to avoid creating an illegal NFA item. Items deemed not necessary for function cannot be included in the pistols overall length!

All of this comes after the Prince Law Offices Blog received an email from an individual containing a letter from ATF which was a response to a correspondence requesting the correct method to “measure a firearm with a ‘stabilizing brace’ and folding adapter.” It was explained that the correspondence was sent in the form of an email over a year ago and that the person had received a response via email shortly after it was sent. This letter was unsolicited and came over a year after the original request and response.

The letter is pretty straight forward and doesn’t leave much to interpretation. 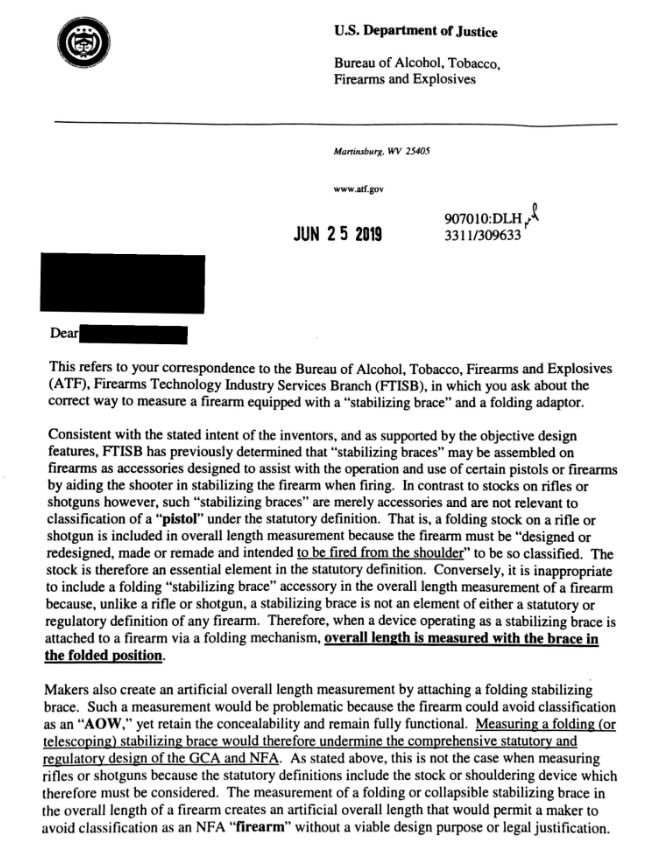 You can view the letter here or to make things really simple to measure overall length we broke down the key points of the letter below!

-Removed the pistol brace and measure from the end of the buffer tube.

For those of you who are wondering none of this applies to angled foregrips! 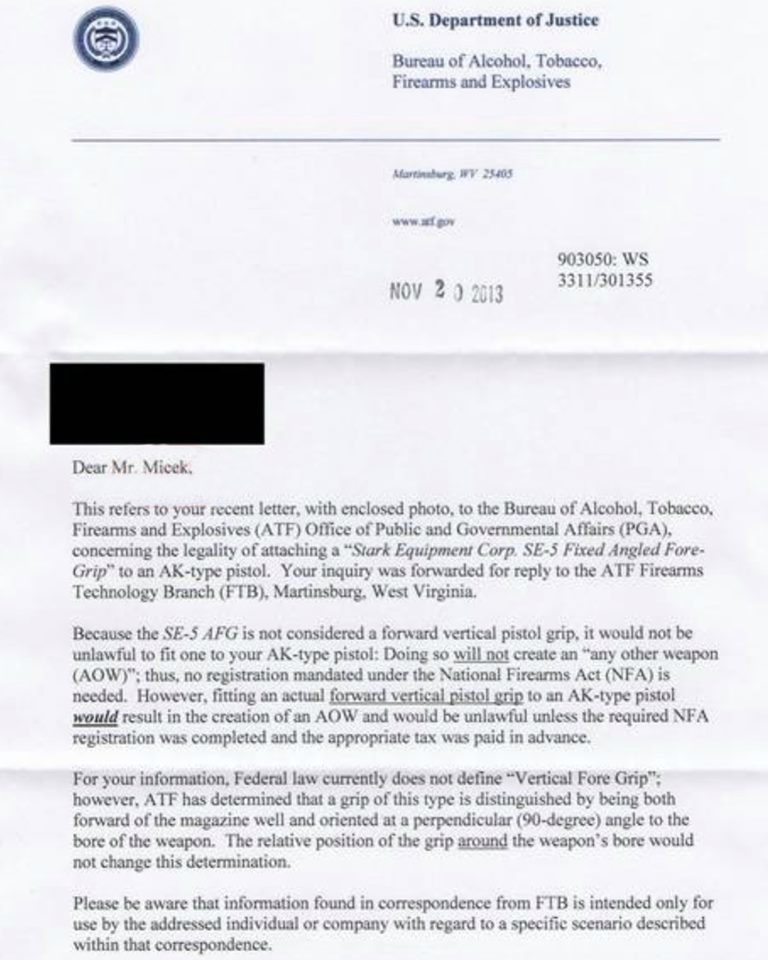