Alot of odd things seem to wash up on beaches across the country from weird unknown animal carcasses, thousands of pounds of drugs, or if you lucky bails of neatly wrapped bills. Granted in most cases if you find any of these things you do not get to keep them. Well, Washington state had a similar occurrence! Live 20mm anti aircraft ammunition from WWII has started to appear on its beaches. Coming from a weapons background this is not something you want to try and scoop up 1. its old and possibly unstable 2. in the event that it does explode you will die or you friends will be calling you stubby for the rest of your life. 3. It is a federal crime to be in possession of under the NFA. Either way, not something you want to toy with.

Before anyone jumps in. Obviously it does not look anything like the modern 20mm. This is in fact 20x138B solothurn. Going off an italian/swiss document(Click at your own risk) 4 exlposive variants were made and this is one of them. Additionally, We’re pretty sure this particular 20mm would also land you in some hot water with the ATF as most 20mm High explosive rounds would fall under the “Destructive Device” category of the NFA. So there’s another reason not to pick these up if you see them. 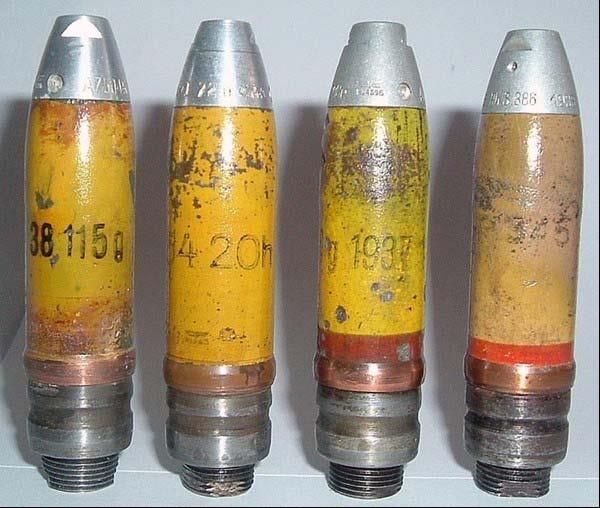 Despite that fact many people have been doing just that according to Q13FOX After posting on Facebook about the rounds, the sheriff’s office learned they’ve likely been showing up for years, and some people may be collecting them as keepsakes during a beach trip. Johansson even heard reports of people finding them in crab pots off the coast.

He believed the rounds were either dumped off a military ship during WWII or buried by the military on a county beach. He said given the number of reports, it’s likely hundred of shells are still around.

“I think this is something we’re going to be seeing for quite a while,” Johansson said.

Anyone who locates a round should leave it alone, mark its location and call the Grays Harbor County Dispatch at 360-533-8765.

If anyone has any more information regarding this particular round we’d love to hear it in the comments.