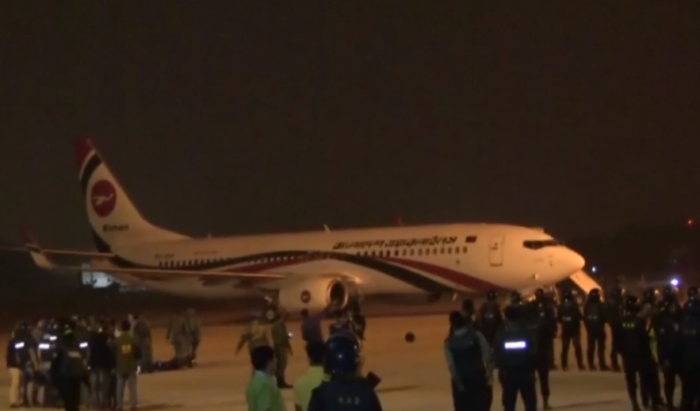 Since the 9/11 attacks airlines around the world have beefed up security measures to ensure the safety of passengers and aircrew. Aircrew a term that strictly refers to the pilot and co pilot. Measures such as fortified cockpit doors which played a huge part in ensuring this Jihadi fucktard went down without achieving his goal.

Bangladesh: Tense situation as police surround a plane at Chattogram airport after it was reported to be hijacked. The Dubai bound Biman plane is identified as flight BG147. pic.twitter.com/BtessHtKyZ

According to FoxNews A flight on the way to Dubai was forced to make an emergency landing in a Bangladesh city on Sunday after an attempted hijacking by a suspect who later died after exchanging gunfire with military commandos, officials said.

The Biman Bangladesh Airlines plane had taken off from the capital of Dhaka to Dubai via Chittagong when it was forced to turn back and make an emergency landing at the airport in Chittagong, according to Rezaul Karim, an official with the Bangladeshi military’s inter-service public affairs office.

A crew member reported “suspicious behavior” by the man, which forced the landing and a massive response of emergency personnel at Shah Amanat International Airport in Chittagong, located 156 miles southeast of…