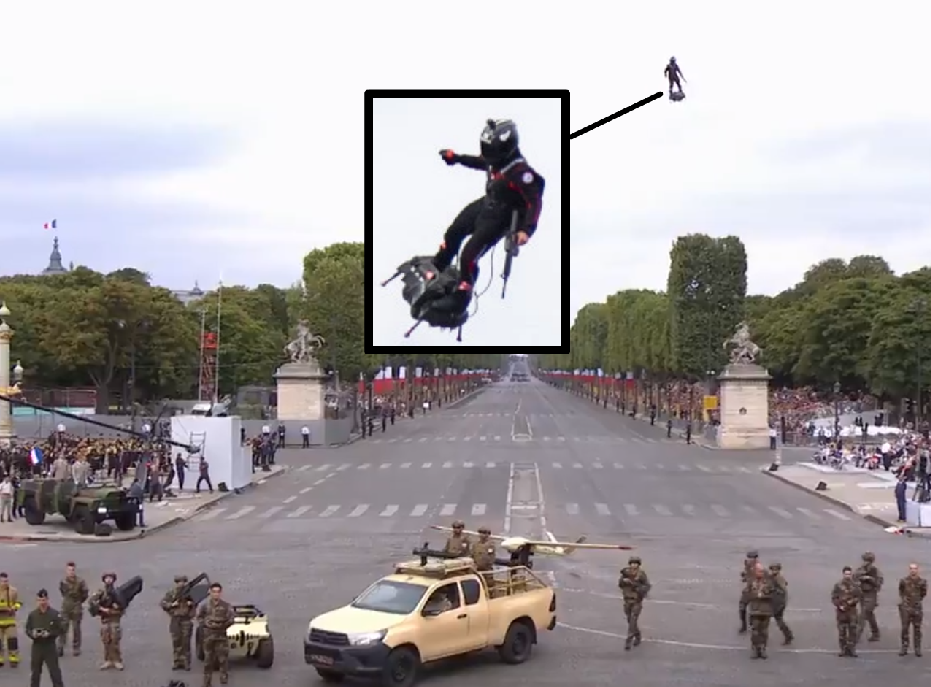 The French tried to show off a high flying hover board mounted soldier earlier this morning. The soldier flew on a hoverboard over a Bastille Day Parade armed with a rifle. However, we are 100% sure a little white flag may pop out of the front!

All jokes aside. We kinda want one! According to The Sun Franky Zapata, 40, soared at high speed above world leaders including Macron and German Chancellor Angela Merkel while brandishing an unloaded rifle.

He soon landed his so-called Flyboard, which he hopes to sell to the French military.

He added: “Military innovation on display at this morning’s Bastille Day parade here this morning in Paris.”

Armed Forces Minister Florence Parly said the board will be “tested for different uses, for example as a flying logistical platform, or indeed as an assault platform.” 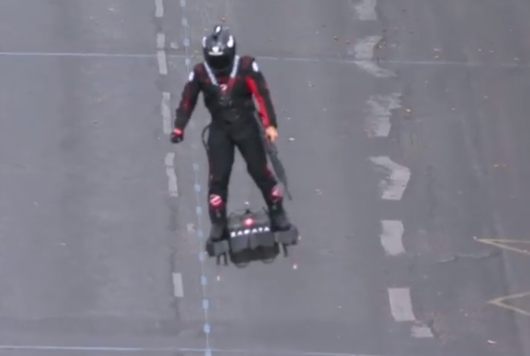