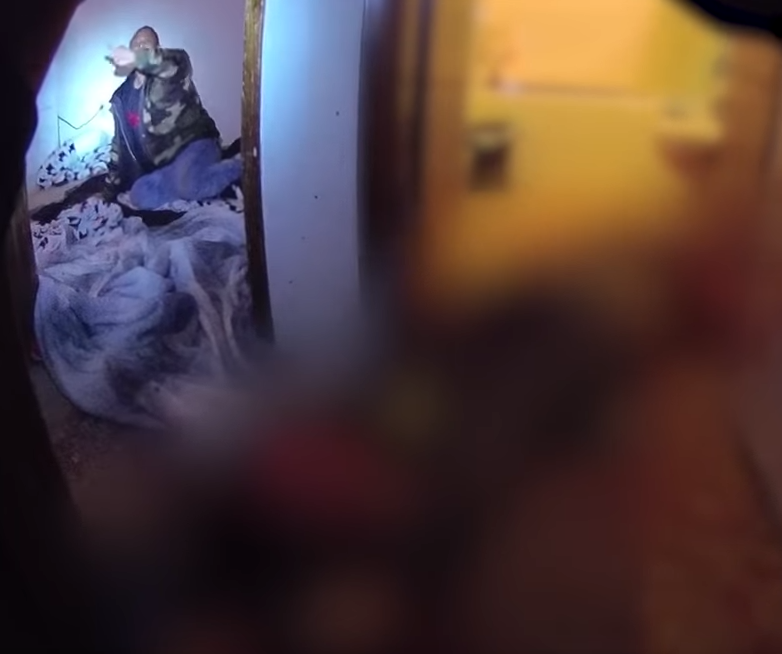 A suspect who beheaded a girl in an apartment building was brandishing a knife after police arrived. After being told numerous times to get down the suspect lunged through the doorway. The body cam on the responding officers captured the entire incident.

According to the SPD Blotter Seattle Police and the King County Sheriff’s Office are conducting separate investigations into an early-morning homicide, and subsequent officer-involved shooting, that occurred early Thursday morning in the Northgate neighborhood.

At 3:25 AM, officers from the North Precinct were dispatched to a possible domestic violence incident at an apartment building in the 10500 block of Midvale Avenue North. Based on the information relayed to them from the SPD 911 Center and witnesses at the scene, the officers forced open the door of a third-floor apartment.  As officers entered the apartment, they found a deceased woman inside. Two adults, a man and a woman, and two small children, a boy and a girl, were hiding in another room.

Police then contacted a man armed with a large knife in a bedroom. Two officers engaged the suspect, ordering him to drop the knife. During the encounter the officers fired their service weapons, fatally striking the suspect. The officers were not injured. Body worn video from the two involved officers shows them forcing entry into the area of the apartment of the deceased and engaging the suspect…