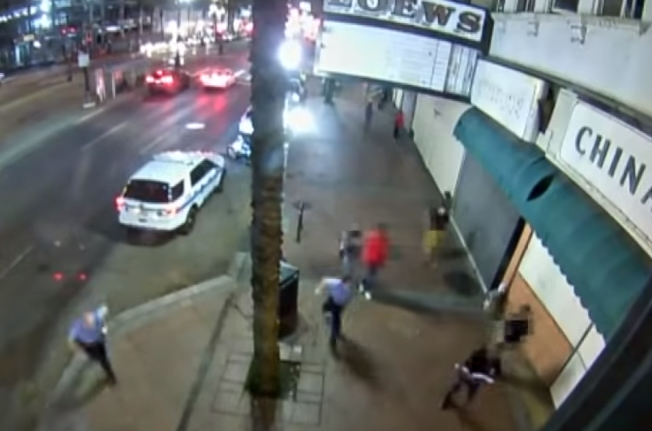 A career criminal wanted in Colorado open fired on officers in New Orleans as they approached to arrest him. The gunfire resulted in several innocent bystanders getting hit during the firefight.

WDSU Reports that After a gunfight broke out in downtown New Orleans between police and an armed robbery suspect Sunday night, new details have emerged on the suspected shooter’s extensive criminal history.

Law enforcement sources say Reginald Bursey, 32, of Texas, was a wanted fugitive who opened fire on New Orleans officers Sunday night when they approached him for questioning regarding two armed robberies in the Sixth District last week. That’s when officials said Bursey opened fire at the intersection of Canal Street and Elk Place.
Five innocent bystanders were caught in the crossfire.

New information shows Bursey is a confirmed member of the 59 Piro Street Gang in Texas, which has ties to the Bloods gang out in California, according to the Columbus, Texas Police Department.
According to the Texas Department of Public Safety, Bursey had an extensive criminal record dating back to 2004. In March of that year, records show Bursey was arrested at age 17 for unlawfully carrying a weapon and possession of marijuana.