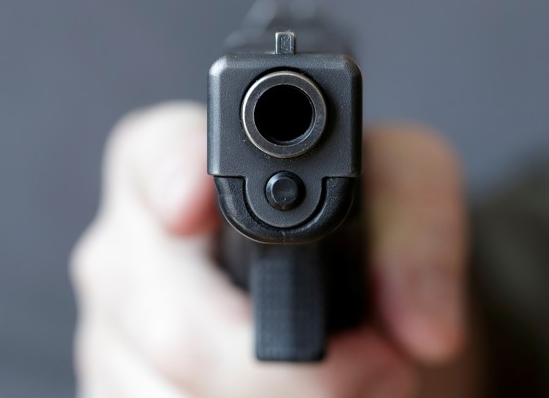 We’ve all seen the video where the guy comes home and draws his pistol on party goers who decided to surprise him. Luckily no shots were fired and everyone had a good laugh.

Well the scenario turned out quite the opposite a daughter trying to surprise her mother after returning home from college. The mother thought someone had broken in and shot her daughter.

According to WFTV authorities responded to the Girard home the night of Aug. 30 after the boyfriend of the 18-year-old victim called 911.

“My girlfriend just came home from college and her mom didn’t know, like, honestly – she accidentally shot her and we don’t know what to do,” he told the dispatcher.

Girard police said that the mother, who wasn’t expecting a visitor and is licensed to carry a concealed weapon, was frightened after hearing noises inside the house. Thinking an intruder was nearby, she grabbed her revolver and opened fire as someone rushed into her bedroom.

That person was actually the woman’s daughter, who was shot in the elbow, authorities told WJW. Emergency responders took the teen to a nearby hospital, where she was treated and later released.

Prosecutors have decided not to charge the mother in the incident.

WFMJ 21 News obtained the 911 call made by the victim’s boyfriend:

Girard Police Chief John Norman tells 21 News, “The mother who has a valid CCW permit – even though she was in her own house, was startled by some noises she heard in the kitchen or hallway area.  She stated that the bedroom door opened where she was at — and she had a gun readily available and she fired a round at someone coming through the door.”

Girard Firefighters responded to the call, along with police and saw the 18-year-old victim being walked down the driveway.

She had the area of her right bicep wrapped in a towel and was covered in blood.

Chief Norman said the mother, was clearly distraught.  Only realizing it was her daughter who was shot — after she fired the .38 special.

Scenarios like this are easily avoidable with proper training and proper equipment. If you plan to carry which you should, everyday, You should absolutely seek out additional training. Just completing the ccw course isnt enough. You should also have a light so you can properly identify what or who is in your house.