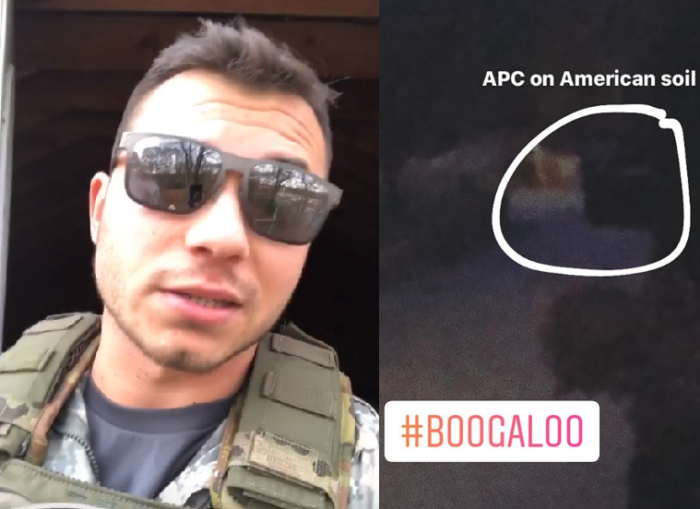 update! Some post on social media have suggested that this situation may not have been reported as it actually happened. Police radios shut down as well as various social media accounts covering the situation. It is believed law enforcement has control of Whiskey’s accounts and that is why the posting ceased. We are working to find out exactly what had happened since we last reported. Apparently law enforcement targeted any license plates that were not from that area and arrested any supporters of whiskey that had arrived.

This is exactly what we have been warning about in regards to red flag laws. The system has been abused. A man in New York who was red flagged. Whiskey_Warrior_556 even posted to his IG Live that he had no firearms or magazines on him. Apparently a buddy from the Army reported him saying he had a 30rnd magazine, PTSD and would get into a shootout with responding officers according to various sources and the officers threatened his wife with CPS.

FPC @gunpolicy and FPF @gunpolicyfdn have established a defense fund at DefendWhiskey.com and have immediately allocated over $5,000 for the defense of @whiskey_warrior_556 against unconstitutional gun control laws should it be necessary. Our intention is to get in direct contact with @whiskey_warrior_556 ASAP and, if charges are filed relating to the enforcement of unconstitutional and/or immoral laws, policies, and/or practices that infringe on the human right to keep and bear arms, connect him with an attorney and extend supporting resources. FPC’s detailed information brief on “red flag” confiscation laws is available at FPCPolicy.org.

They say a man had barricaded himself inside a home for nearly seven hours before he finally surrendered.

Police say it started after 2 p.m. when they went to speak with a 28-year-old man about a domestic incident involving his wife earlier in the day. They say he then barricaded himself in the home.

Police say they don’t believe he had a gun and no one else in the community was in danger.

Negotiators worked throughout the day to try to get him to come out, but police say that he was posting live updates on social media. They say his followers only aggravated the situation.

“This is a person in crisis, having mental illness, having issues…

Many are pointing out that NEWS12 is conveniently leaving out alot of information. They do not want you to see how far they are willing to go to stomp on the Constitution. Gun Owners of America highlighted a few great points in their post.

YOU SHOULD BE ALARMED.
1. They seem to be calling either PTSD or someone standing up for his right to have a 30 round magazine “mental illness” and a “person in crisis.”

2. They are trying to shame individuals for talking about government violating their rights.

3. They are trying to prevent people from showing up to help someone whose rights are being violated.

4. They are *arresting* people for *showing up* to help — it doesn’t sound like the people were even doing anything beyond just be there close to the scene.

This is a developing story. We will continue to update it as more information becomes available!