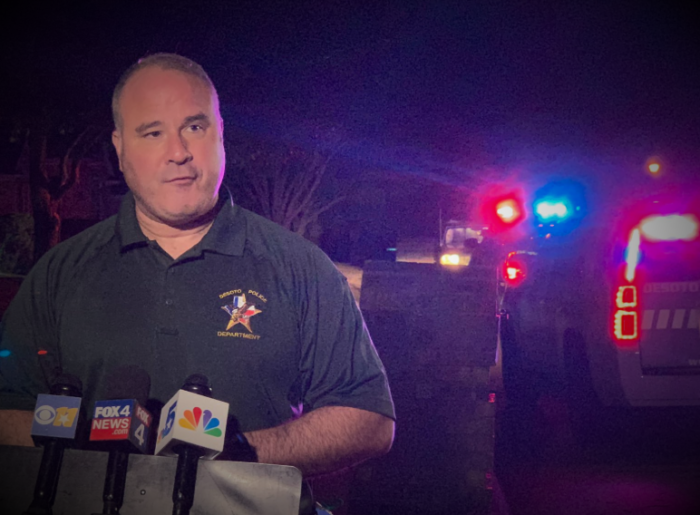 …Another one. Willing to bet money that a shot was fired in  the dark at something that moved.  Another person has accidentally shot a loved one mistaking them for an intruder. This time an off-duty Dallas Police Department officer.

According to Foxnews the incident took place Saturday around 6 p.m. and thought a trespasser was inside.

The “intruder” was his adult son, according to Pete Schulte, a spokesperson for DeSoto police. The police officer called 911 and identified himself as an off-duty Dallas cop.

Investigators arrived to find the son, identified as in his 20s, as”lightly struck by a bullet in his arm.” The officer told authorities he mistook his son for an intruder, Schulte said.

“It was a mistake. He thought that there might have been an intruder in the house. He didn’t know who was supposed to be there and so forth,” Schulte said. “It was a startling situation, it was an accident.”

The spokesman said the shooting happened in the garage area of the property. He said the officer got home and noticed “the house was not in the state that he had left it” — the garage door was open, and “some doors were locked that weren’t locked” when he left earlier in the day.

“He thought that maybe…

Always be aware of what you are pointing your firearm at. Weapon lights are a key tool to identifying what goes bump in the night and aids to mitigate the chance of you accidentally shooting a loved one!