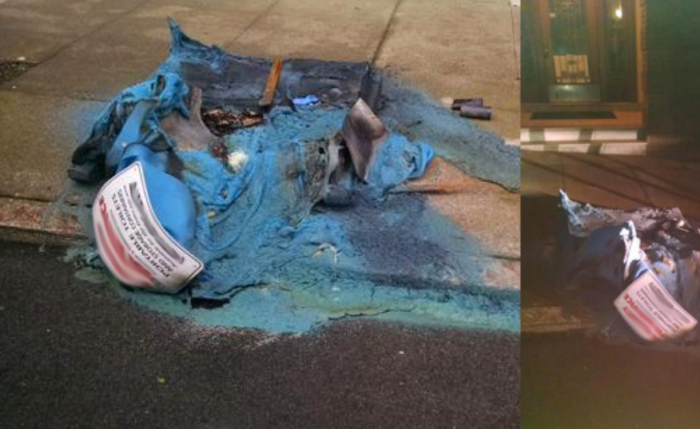 A porta John on a construction site exploded killing a woman inside. So far she has not been identified

Foxnews reports another neighbor said that investigators had to put on hazmat suits as they sifted through dirt and other areas of the construction site for several hours.

“The portalet blew up so I mean there’s nothing left, at all,” neighbor Jan Long told WFOX.

St. Johns County Sheriff’s Office spokesman Chuck Mulligan told the Florida Times-Union the victim was too badly burned for immediate identification, and an autopsy is scheduled for Monday at the Medical Examiner’s Office.

Mulligan told the newspaper detectives are exploring several scenarios, including that it could have been a medical issue, drug-related, suicide, or “something more nefarious.”

“In my 32 years in law enforcement, I’ve never seen one of these before,” Mulligan told the Times-Union.

Detectives aren’t sure yet how the explosion happened but speculated it could have been anything from a suicide to a medical issue or drug use. Someone also could have been smoking inside, igniting the methane gas according to crime online