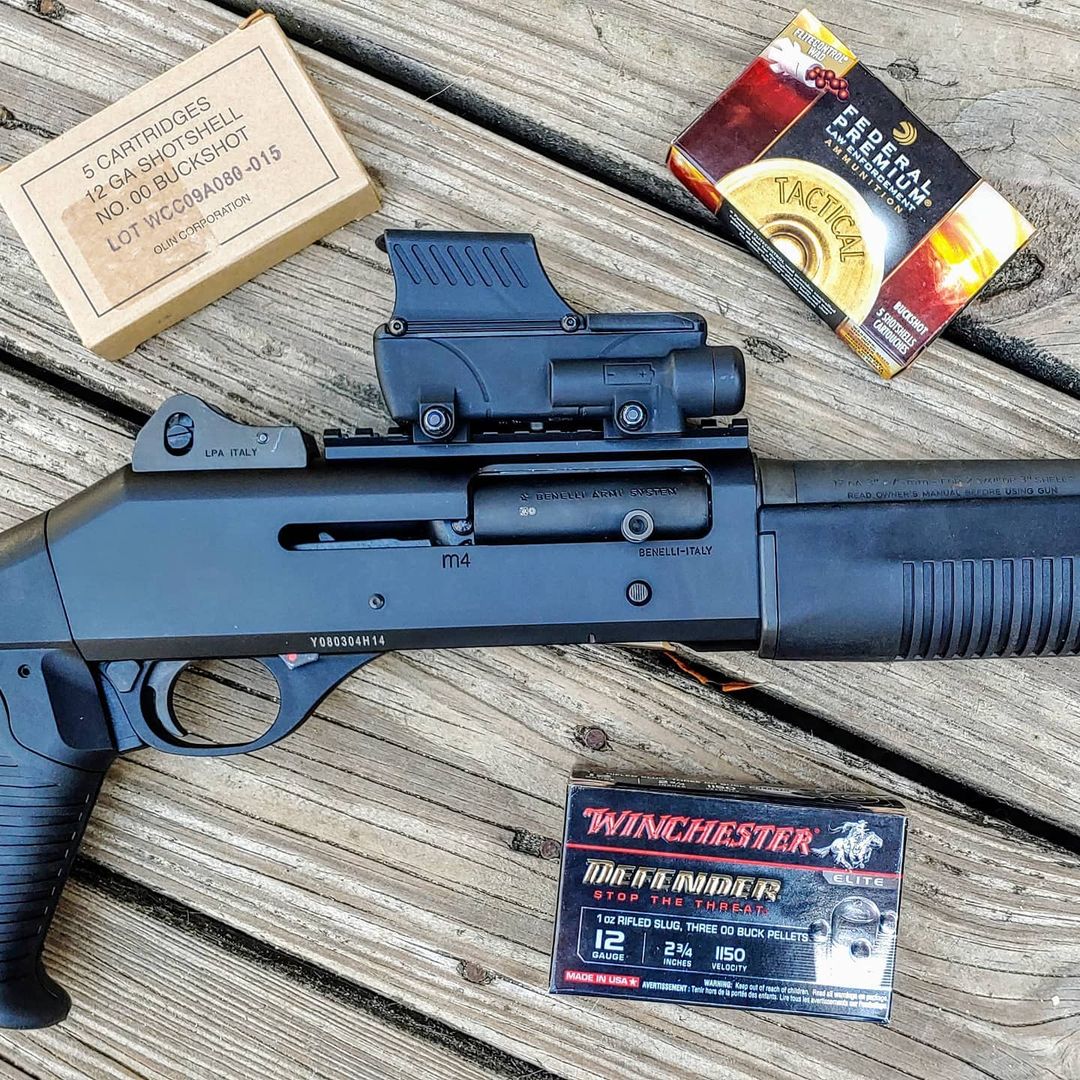 Shotguns get a lot of hate, and honestly, it’s likely because of shotgun users. Many shotgun fans and aficionados exist, and they can be host to a lot of bad information and shotgun myths. The shotgun, in particular, is subject to a number of myths, lies, and disinformation.

In short (and in keeping with this website), we’ll call it bullsh!t shotgun myths. I’m lucky to be the dumbest guy in my friend group and happen to be surrounded by intelligent people who know a lot about guns. The Truth About Bullsh!t Shotgun Myths

I often trick myself into thinking that a lot of these bullsh!t shotgun myths have been debunked. Still, I find myself surprised at the amount of wrong information floating around, especially about my beloved shotguns. So today, I aim to debunk the seven most popular pieces of shotgun bullsh!t I see among the whole wide world of forums, Youtube, and the comments section.

Just Rack the Gun to Scare ’em Off

One of the oldest pieces of shotgun bullsh!t. Rack the gun! It’ll scare ’em off; it has been touted throughout too many gun stores. The noise of a shotgun racking can be quite intimidating. Ask the movies! Trusting a noise to scare a bad guy off is ridiculous. If I rack my shotgun, it’s not to intimidate a bad guy; it’s to ready the gun to fire.

If they can hear the sound of a firearm racking, they can locate you. If they can locate you, they can shoot at you. It’s not a good tactic to rely on or even remotely hope works. In fact, if you know the bad guy’s near, I suggest racking the shotgun quietly, so you maintain your surprise advantage. If the situation is moving so fast that you can’t rack the weapon quietly, then it won’t really matter.

Birdshot Is Perfect For Home Defense!

Birdshot sucks for home defense. Period. Well, unless you are in an Alfred Hitchcock movie. Birdshot, of all types, is for birds, not people. I’ve heard it all.

“At close range, birdshot acts like a slug!” Seems to be the most popular one. The problem with birdshot is penetration. That’s the same problem your mom has. Anyway, to stop a target, you need a projectile that will penetrate deep enough to strike a vital organ and shut down the attacker.

You Don’t Have to Aim a Shotgun

Another big piece of shotgun myth bullsh!t. It’s often touted to new shooters as why the shotgun is superior to all other weapons. The idea that you can just point the shotgun and it will shoot a room-sized net of lead sounds great, but in reality, it just doesn’t happen. 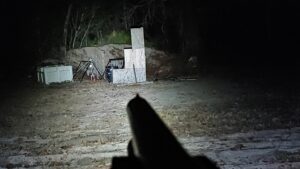 Shotguns need to be aimed, and if not, you can miss pretty easily with a shotgun. One of the benefits of a shotgun is a little leeway in your fine-tuned aiming. If you hit someone in the chest a little to the left, then a load of shot will still be effective. If you don’t aim at all, then you certainly won’t be effective.

Why do you have to aim a shotgun? It’s because loads of shot patterns are a lot tighter than you expect them to. We’ve moved on to a smaller piece of shotgun bullsh!t. This specific myth states that a buckshot load will spread 1-inch for every yard. This isn’t true these days. It might have been true in the days before wads, chokes, copper-plated ammo, and shot buffering, but in 2022, it’s not so true.

Special loads like Flitecontrol will pattern in one big hole roughly the size of a 50 cents apiece. Even cheap buckshot loads tend to pattern within 6 inches at 10 yards with a cylinder bore choke. So pattern your gun, and don’t rely on old shotgun myths.

This shotgun bullsh!t comes from the hunting world. Both deer hunters and wing shooters tend to think that the longer the barrel, the tighter the gun patterns. Sadly, that’s not true. I used to own this behemoth of a bolt action 10 gauge with a 36-inch-long barrel, and it didn’t pattern any better than my TAC-14.

Longer barrels have their benefits, but a tight shot pattern isn’t one. Shot pattern is more of a matter of chokes and ammo, specifically wads, buffering, and heck; even shell velocity can affect the pattern.

This myth likely came from the fact that people would trim barrels, maybe even saw them off. When done so, the barrel’s choke would be lopped off, causing the pattern to open a fair bit.

Another one of the common pieces of bullsh!t shotgun myths is this idea of so-called “Dutch Loading.” The first being birdshot/rock salt/less lethal, and then buckshot for a few rounds and then slugs. First, ditch the bird/rock/less lethal. Next, choose between buck and slugs.

You don’t want to be in the middle of a gunfight and randomly move to a different recoil impulse and shot characteristic. Keep it the consistent with one dedicated load. For trivia’s sake, Dutch loading comes from Dutch ovens, which can cook more than one thing at a time.

Let’s consider this a bonus round, mostly because it’s not about shotguns necessarily, but about what’s technically a handgun. .410 revolvers suck. They are huge and heavy, and loading them with .410 is a lousy idea for self-defense. In addition, they pattern inconsistently, their velocity sucks, and they pattern widely in general.

These guns are often massive and might hold six rounds if you’re lucky. So why not carry a P365 with 10 to 12 rounds? It’ll be lighter, smaller, more efficient, and more effective. These guns might be okay snake guns, I guess, but I can kill a snake with a 9mm (or machete, or log, or stick) pretty effectively too. 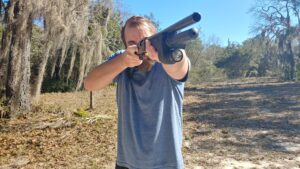 Bullsh!t Shotgun Myths and You

Shotgun bullsh!t is something we all have to deal with. If you have developed a love for the scattergun, then you might encounter some of these silly little myths. Don’t believe them. There is so much good information out there regarding shotguns going back decades. So don’t fall for the bullsh!t you see on the internet. Instead, choose your information wisely. Choose your shotgun weapon light wisely.

What bullsh!t shotgun myths have you heard in your time? Let us know below.

Travis Pike is a former Marine Machine Gunner, a lifelong firearms enthusiast, and now a regular guy who likes to shoot, write, and find ways to combine the two. He holds an NRA certification as a Basic Pistol Instructor. is the world’s Okayest firearm instructor, and a simplicisist when it comes to talking about himself in the 3rd person. Hit him up on Instagram, @travis.l.pike, with story ideas