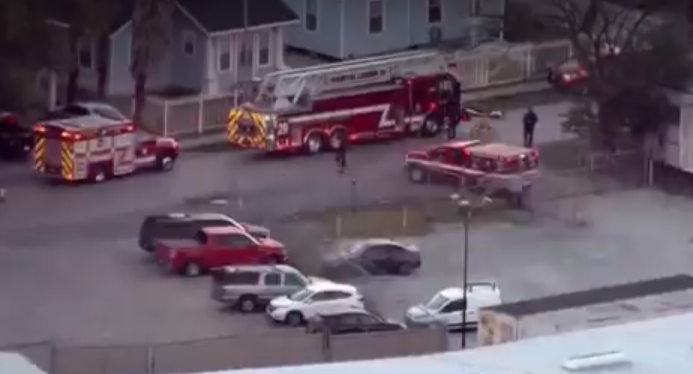 Breaking! 5 houston police officers were shot during an raid of a house suspected drug dealers. Both suspects are dead.

HPD responding to a scene at 7800 Harding where officers have been struck with gunfire following an encounter with a suspect. Officers are en route to the hospital. Please avoid the area and yield for emergency vehicles. Further updates will be provided as available. #hounews

A fifth officer also was injured but was expected to be discharged from Memorial Hermann Medical Center later Monday.
Both suspects in the incident are dead, officials said.

At about 4:15 p.m. local time, narcotics police responded to a residence they suspected was a hub for drug dealing, particularly the sale of “street-level narcotics” like “black tar heroin,” Houston Police Chief Art Acevedo said at an evening news conference held outside the hospital.

“Narcotics officers tried to serve a search warrant,” Acevedo said. “They announced themselves as police at the time. Immediately upon reaching the door, the officers came under fire from one or two suspects.” One suspect, according to the police chief, momentarily retreated into the home and then returned to the front of the location to resume shooting.

“As a result of the exchange of gunfire,” both suspects were shot by police and reported dead on the scene, Acevedo reported.

In total, four officers were hit with gunfire – two were in critical but stable condition. Two other officers remained hospitalized but were expected to make full recoveries. The fifth hurt officer will be released shortly after suffering a leg injury, police said. The names of the undercover officers were not released but they range in age from 33 to 54, with the oldest having been shot several times previously, according…

To recap: 4 undercover HPD Narcotics officers were shot. 2 suspects are deceased. No other information is being released until the next media briefing with Police Chief @ArtAcevedo at 10 am tomorrow (Tue) outside Memorial Hermann Hospital. #hounews