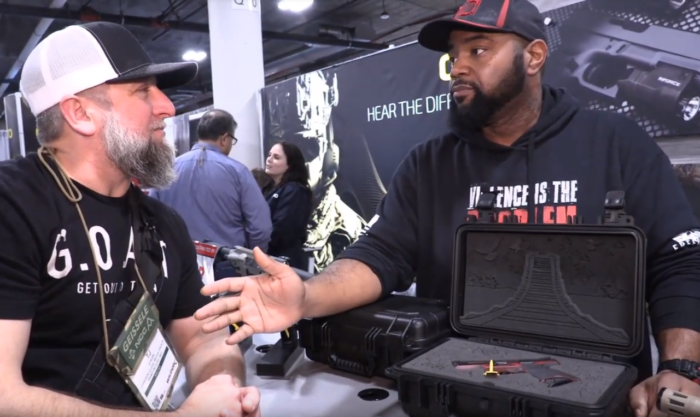 SigGlockinColt meets with Kevin Dixie of No Other Choice to present The Truth series of firearms. NOC standing for No Other Choice, is not your everyday firearms instruction. NOC Firearms offers training for your average everyday person, carpenters, plumbers, etc.  NOC also offers a variety of outreach programs. The biggest being Aiming for the Truth! Which is an event that NOC Firearms puts on. Kevin makes some really great if not eye opening points and they really do challenge the average persons way of thinking and shotshow was no different!

[Check out the video below for more information!]

The Truth pistols are the first guns that directly fights gun control by telling the story of what gun control allows to happen. The purpose of the TRUTH pistols is to bring an inconvenient truth to light that gun control is a lie. Gun control is shrouded in lies, deceit, and is based in racism.

Kevin presents us with two examples.

The first example, Moses Dickson of St. Louis started the Knights of liberty. Originally only 6 men they were, by law, not allowed to own guns. So they started training with sticks eventually they started getting support from sympathizers within the country and even Great Britain who shipped them firearms. That 6 grew to 47,000. Let this sink in. Minority men who at the time were not allowed to own guns because of the current laws of the time took up arms and formed a system to fight the confederacy. However when civil war broke out the system was utilized instead to free the slaves and when they attempted to take them back into slavery they were met with a militia and the business end of a gun!

The second example he presents is Black Wall Street in Tulsa OK 1921. Infrastructure was solid. Money stayed within the community and the system worked. Wall Street New York based off their financial strategies off Black Wall Street. A woman in an elevator fabricated a story and said she was sexually attacked and they locked up a member of the community. The towns people peacefully protested. They just wanted their brother out. The Oklahoma government responded by sending in the police, national guard, citizens, and state police and killing them. They killed women, children, fathers, sons, daughters. They used planes to drop propane bombs on the civilians. It happened. The government attacked an unarmed populace. Killing 176 people, 600 businesses destroyed, 1300 homes destroyed, and 10,000 people left homeless. There are still mass graves in that Town. The townspeople were eradicated first by force then by legislation by making it too expensive for them to come back and rebuild.

Both cases tell the story clearly and honestly these are stories that need to be heard. As a 2nd amendment community we need to be open to these kinds of discussions and see the bigger picture. What happens if guns are banned? Why do they want guns banned? Gun control is a dangerous lie told to those who want to make decisions based on their feelings instead of facts. Kevin Dixie has laid out the facts perfectly clear what could be expected should we ever lose our 2nd amendment rights.

This is why we are always pushing the second amendment community to take action instead of “Just merely sharing a post on Facebook” It is not enough. Those who are wanting to take away your 2nd amendment rights have already mobilized. They are working with major corporations and politicians, for example TOMS, who has an automated system to send letters to state representatives encouraging gun control. They are out there marching to take our rights away. They are out there voting to take our rights away. We need to be doing the same! The 2A Community needs to make their voices heard. and Kevin Dixie has made a pretty big step in the right direction.

“Gun Control starts tyranny. These pistols will give you more than just talking points they will start a conversation” 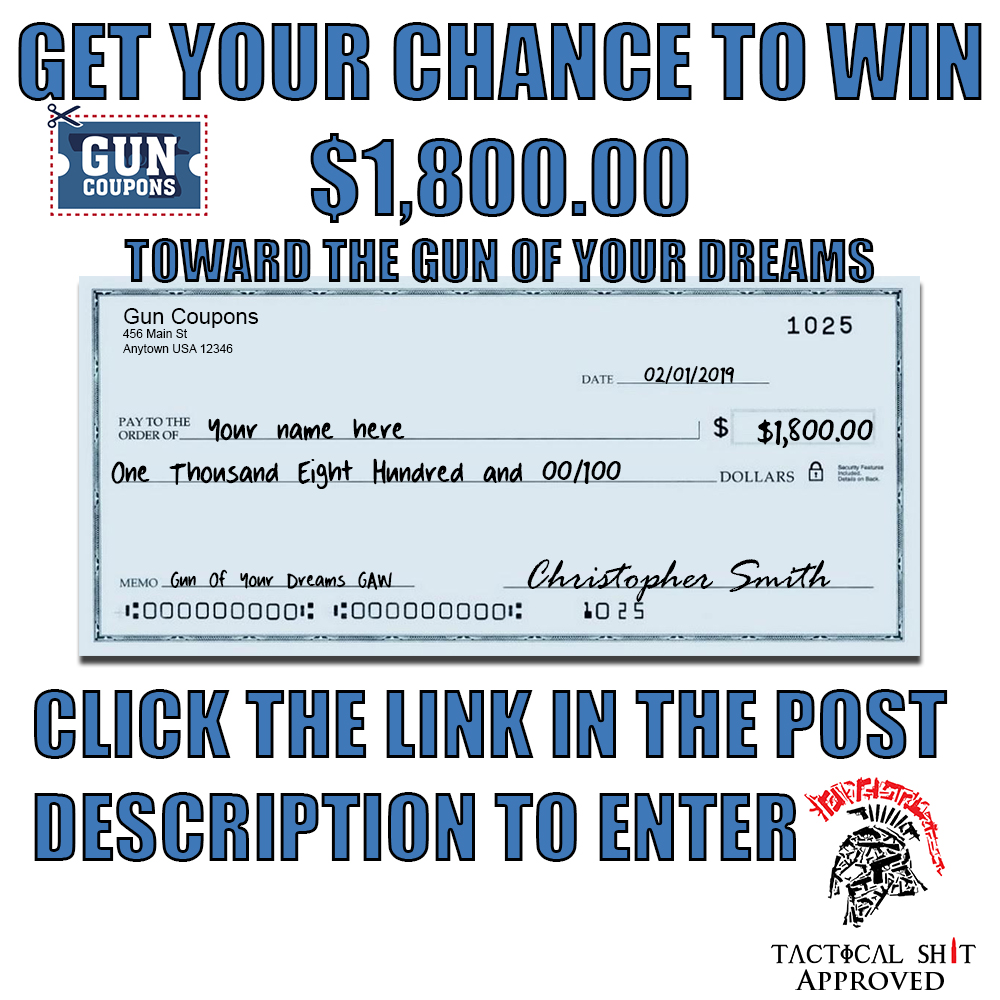