Well I’m pretty sure I flagged my computer to bring you this article so before the ATF kicks down my door I have sent the doggo away for the week to avoid the slotting! 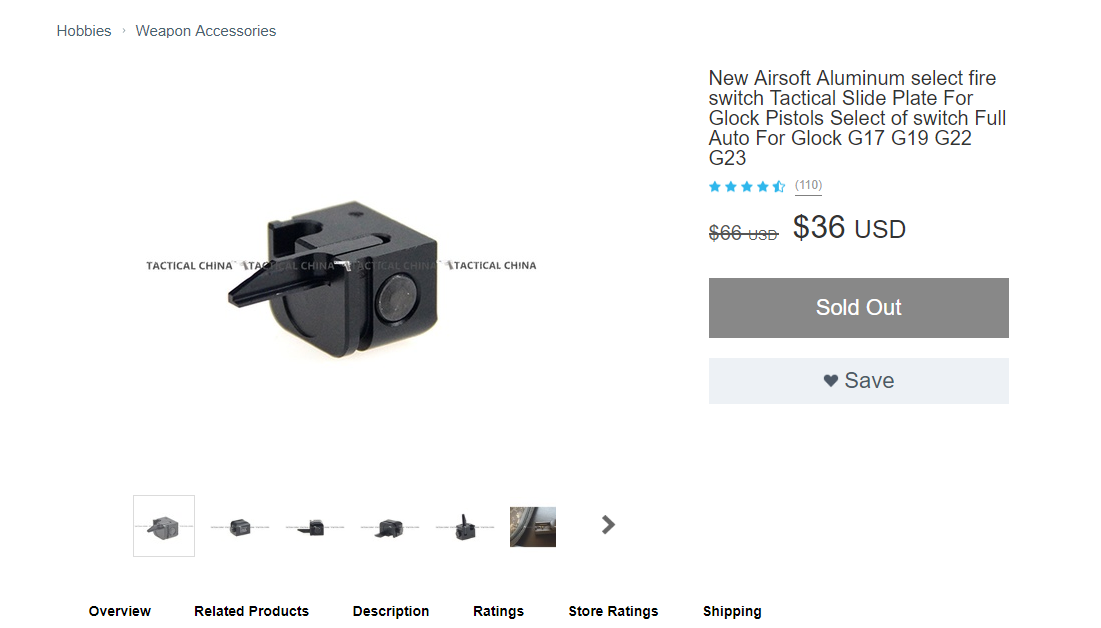 Apparently you can buy A LOT of illegal shit on wish. What illegal shit you might ask? Well for starters, How about a selector switch for your glock! These switches basically convert your glock into a select fire pistol allowing you to switch between Fully automatic and semi automatic modes of fire. For the idiots out there, DO NOT FUCKING BUY ANY OF THIS SHIT! Now that that’s out of the way. Apparently these things are popping up all over the damn place as of recently. Including the more popular app wish which you may remember a few months back having crack pipes pop up in their ads as well. I’m not even joking…

This isn’t the first time something like this has happened TheFirearmBlog reported on these incidents back in 2017 when these switches started showing up on amazon under a company calling themselves elite tribe. Well apparently they are back as Tactical China and from the looks of things that is NOT an airsoft gun they are installing it into!

The sad thing is there are some people dumb enough to fall for this shit. In fact someone in our own back yard bought 13 of them according to the St. Louis Post Dispatch. Which is what alerted us to this story! Despite the fact that the 19 year old was already a felon He decided it would be wise to purchase the switches off the internet. Well the ATF found 6 of the switches and the man is looking at some serious jail time. Even Recoil magazine has stated that they have received reports of the ATF confiscating sears from licensed manufacturers who believed they were purchasing legitimate 80% back-plates, and arresting and prosecuting individuals who purchased them.

But its not just Selector switches there’s other shit that could land a you hot water with the ATF… Don’t believe me. Check out these “Muzzle Brakes”

Again. These will most likely land you in a nice little cell for 10 years and the opportunity to pay off a 250,000 tab. At this point I’m almost willing to bet the ATF is trolling for idiots. If you’re going to get into NFA items do it right. Fill out the paperwork. Pay the stamp. Stay out of jail.