Days after the presidents announce of the defeat of Isis, Come February it will be the end of an era as Sec. Def. and former Marine Corps General James Mattis will retire. A career soldier, he gained a reputation for intellectualism and eventually advanced to the rank of general. Mattis served in the Persian Gulf War, Afghanistan, and Iraq. From 2007 to 2010, he commanded the United States Joint Forces Command and concurrently served as NATO’s Supreme Allied Commander Transformation. He was Commander of United States Central Command from 2010 to 2013. After retiring from the military, he served in several private sector roles, including as a board member of Theranos. 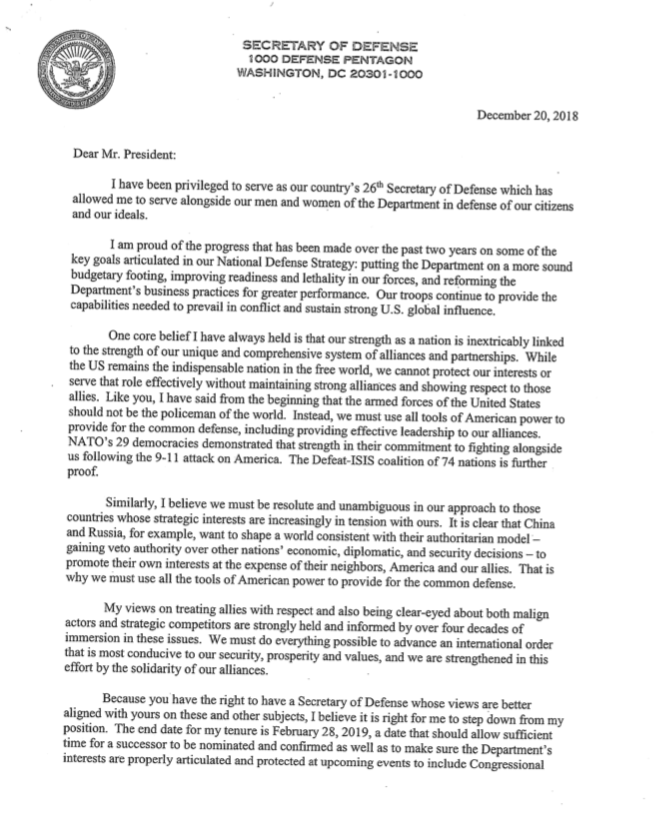 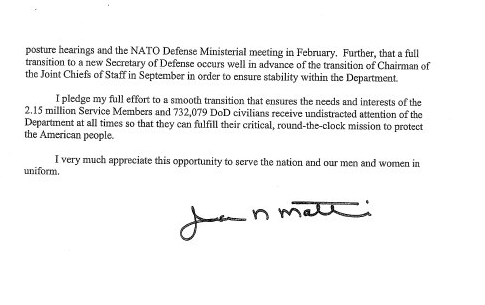 ….equipment. General Mattis was a great help to me in getting allies and other countries to pay their share of military obligations. A new Secretary of Defense will be named shortly. I greatly thank Jim for his service!

FoxNews Reports that President Trump said Thursday evening that Defense Secretary James Mattis will be retiring in February, in a shock announcement adding to the list of the president’s outgoing Cabinet members after his second year in office.

Mattis will step down “with distinction” after serving in his role for two years, the president said on Twitter.

“During Jim’s tenure, tremendous progress has been made, especially with respect to the purchase of new fighting equipment,” Trump tweeted. “General Mattis was a great help to me in getting allies and other countries to pay their share of military obligations. A new Secretary of Defense will be named shortly. I greatly thank Jim for his service!”

Following the announcement, the Pentagon released a copy of Mattis’ signed resignation letter.

Mattis wrote that he has “been privileged to serve” in his role as defense secretary and acknowledged the department’s record during his time there.

In his letter to Trump, Mattis acknowledged that a strong nation relies…

@Agenthades1
1m1 minute ago
Thank you General Mattis for your service to the country and for keeping us safe during these difficult times. I hope you leaving is a signal that Individual 1’s days are numbered.

This is a breaking news story. Please check back for updates as more information becomes available.