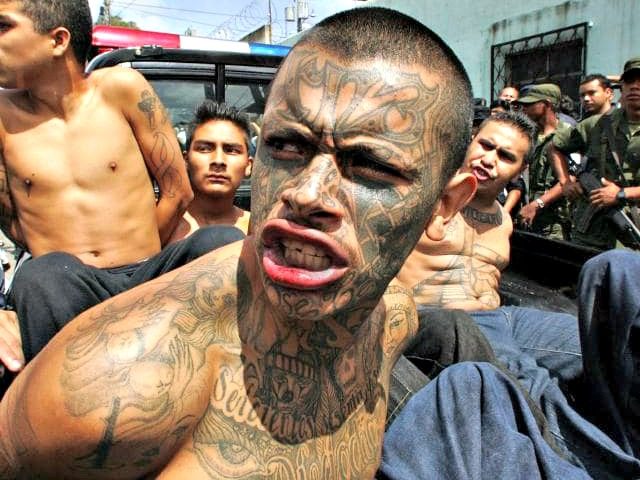 Liberals recently lost their shit when president trump referred to MS13 gang members as animals. They instantly stated he was referring to all immigrants. However, if they took the time to look at the crimes committed by MS13 they would see his statement is not far from the truth.

House Speaker Nancy Pelosi slammed Trump’s attack on MS-13 gang members, saying, “Does he not believe in the spark of divinity, the dignity and worth of every person?”

Multiple media pundits, including the Washington Post‘s Jennifer Rubin,defended MS-13 gang members against Trump’s “animals” remark, calling the statement “disgusting” and attacking Evangelical Trump supporters. Similarly, the Associated Press was forced to apologize for falsely claiming that Trump was referring to illegal aliens when he made the “animals” remark.

“When the MS-13 comes in, when the other gang members come into our country, I refer to them as animals and guess what, I always will,” Trump said at the White House on Thursday.

Here, Breitbart News rounds up the most animalistic, heinous, and vicious crimes committed against Americans by MS-13 gang members:

Prosecutors in Montgomery County, Maryland, charged a known MS-13 leader for ordering the beating of a 15-year-old girl with a baseball bat who had been forced into prostitution. Two other Salvadoran nationals are also named in the case.

Law enforcement officials said that Miguel Angel “Noctorno” Ayala-Rivera, a 24-year-old MS-13 member who illegally entered the U.S. from El Salvador, ordered his fellow gang members to beat a 15-year-old girl with a baseball bat. “Noctorno” reportedly pimped out the victim along with other underage girls, Breitbart Texas reported.

A gang of 10 MS-13 members brutally murdered a Maryland man by stabbing more him than 100 times, beheading and dismembering him, and cutting out his heart, Maryland detectives say. The victim has yet to be positively identified and police are asking for help from the community, Breitbart Texas reported.

Court documents obtained by ABC 7 News in Washington, D.C., reveal the brutal details of the ambush and murder allegedly carried out by an informant and nine other MS-13 members. The attack is believed to have been carried out by the gang in early spring this year, officers write in the Statement of Charges.

A number of MS-13 Gang members, some of which are illegal immigrants, were indicted in federal court for their involvement in the slayings of two New York teenagers.

Some 13 MS-13 gang members, 10 being illegal immigrants, were indicted for murder charges against Nisa Mickens and Kayla Cuevas, as well as five other individuals who were allegedly murdered by the criminal organization, Breitbart Texas reported.

New York Attorney Robert Capers said the MS-13 gang members noticed the two teenage girls while they were looking for rival gang members to spar with. The gang members had previously known Cuevas from a past altercation and called their gang leader for approval to kill the girls.

Capers told the media that the two girls were killed by MS-13 gang members “swinging baseball bats and machetes” at them, pointing out that both were running for their lives.

Five illegal aliens who are part of the MS-13 gang were charged in connection with the brutal murder of a Maryland woman who was beaten to death and buried in June and unearthed in September, Breitbart Texas reported.

Maryland authorities discovered the body of 21-year-old Jenni B. Rivera in a shallow grave on the outskirts of Annapolis, the Baltimore Sun reported. The victim was allegedly lured to her death and then beaten by Ervin Figueroa, Brenda Argueta, Ronald Mendez Sosa, Darvin Guerra-Zacarias, and Francisco Ramirez-Pena – all five members of the MS-13 who have immigration detainers on them. Each had varying degrees of participation, with two carrying out the actual murder.

A female MS-13 gang member told her victim she would see you in hell before stabbing her 15-year-old victim 13 times. The now-convicted killer confessed to police that she killed the victim in revenge for the girl sleeping with her boyfriend, Breitbart Texas reported.

Venus Romero Iraheta pleaded guilty this week in a Virginia court on charges of first-degree murder, abduction, and criminal street gang participation, Fox 26 reported. Even though the killer was 17 at the time of the murder, the state tried her as an adult. She…

All of these examples provide more than enough reasons we need to secure our borders!