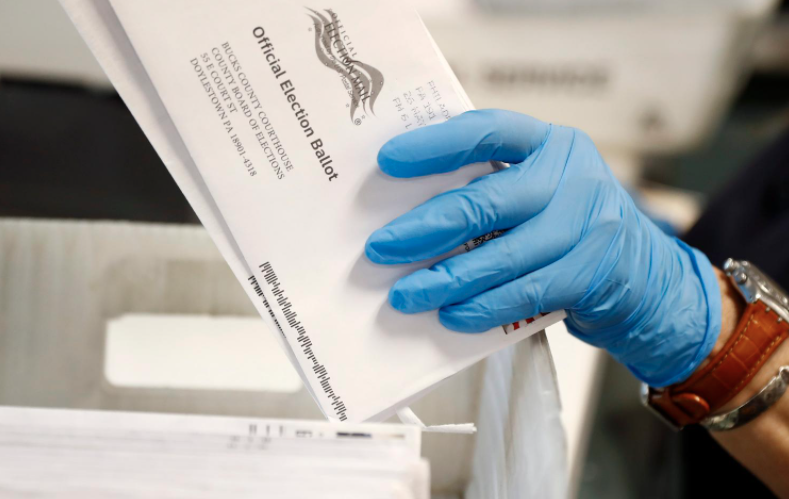 The first driver said that there were 24 gaylords filled with trays of ballots heading for Harrisburg PA on his tractor trailer route on October 21. Colonel Tony Shaffer calculated that this would be between 144,000 – 288,000 ballots.

These ballots ORIGINATED in Long Island, New York, from the USPS Bethpage New York Logistics & Distribution Center. It’s not conceivable that up to 288,000 ballots of PENNSYLVANIA residents are in Long Island and that they all mailed their ballots on the same day “back home” to Pennsylvania, where they live. (USPS has a “facility clean-out policy” EVERY DAY for election mail.)

There are other USPS PDCs (Processing and Distribution Centers) in the New York metro area that also send tractor/trailer loads by HCR contractors to Harrisburg. Those PDCs are in Jamaica, NY and Jersey City, NJ so it would be rational to assume that ballots coming out of the five boroughs (the bulk of NYC metro population) would likely go through Jamaica or Jersey City en route to Harrisburg.

If this volume was kept up for several days, as indicated in the press conference, there would be 750,000 to a million ballots mailed from Long Island, NY by Pennsylvania residents back to Pennsylvania.

Rudy Giuliani: “Of the 600K votes added during curious ‘spikes’ in PA, how many went to Biden?”

Witness: “I think our figures were about 570-some-odd-thousand.”

Rudy Giuliani: “And how much for Trump?”

.@RudyGiuliani: Of the 600K votes added during curious "spikes" in PA, how many went to Biden?

Witness: "I think our figures were about 570-some-odd-thousand."

"And how much for Trump?