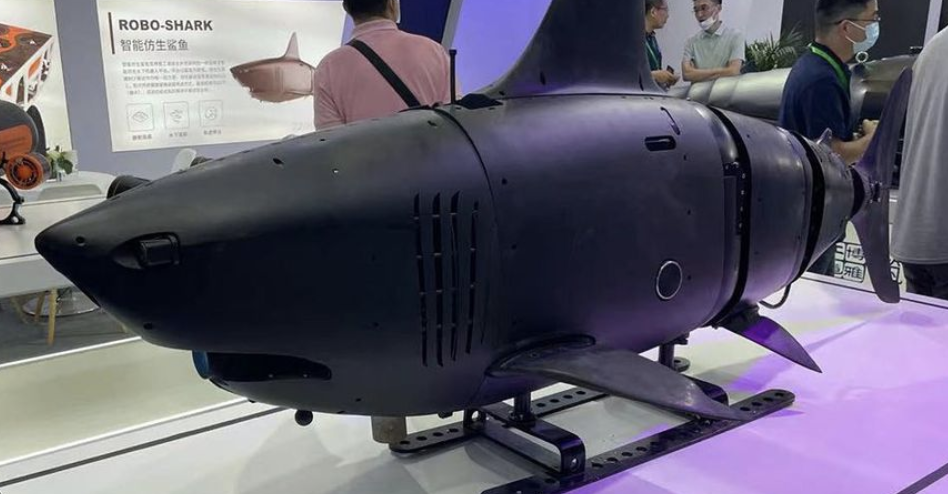 The Chinese Navy is developing what is called the “Robo-Shark” for a range of underwater mission sets, which was showcased last week at the 2021 Military Intelligent Technology Expo in Beijing. According to the Chinese newspaper Global Times, the Robo-Shark is a “low noise, long endurance, fast speed and high flexibility” platform developed for “close-in reconnaissance, search and rescue, battlefield surveillance, anti-submarine, hydrological survey, communications relay and underwater tracking missions.” What makes this unmanned system interesting is that it does not use propellers for propulsion, but rather a bionic tail fin that moves like one would on a normal fish, giving it a top speed of 6 knots.