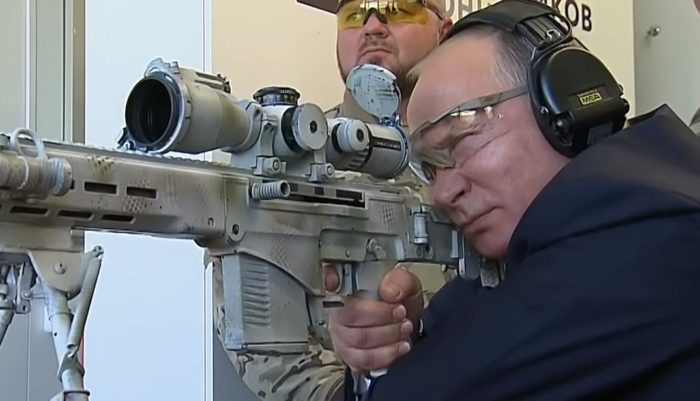 Russian President VLadimir Putin put Kalashnikov’s newest rifle the SvcH-308 or also referred to as Chukavin’s sniper rifle through its paces during a visit to the companies range in Kubinka. The rifle comes in two calibers, the 7.62×54 and the NATO standard 7.62×51 cartridges. The version in 7.62×51 is being aimed at foreign markets (see what we did there?) 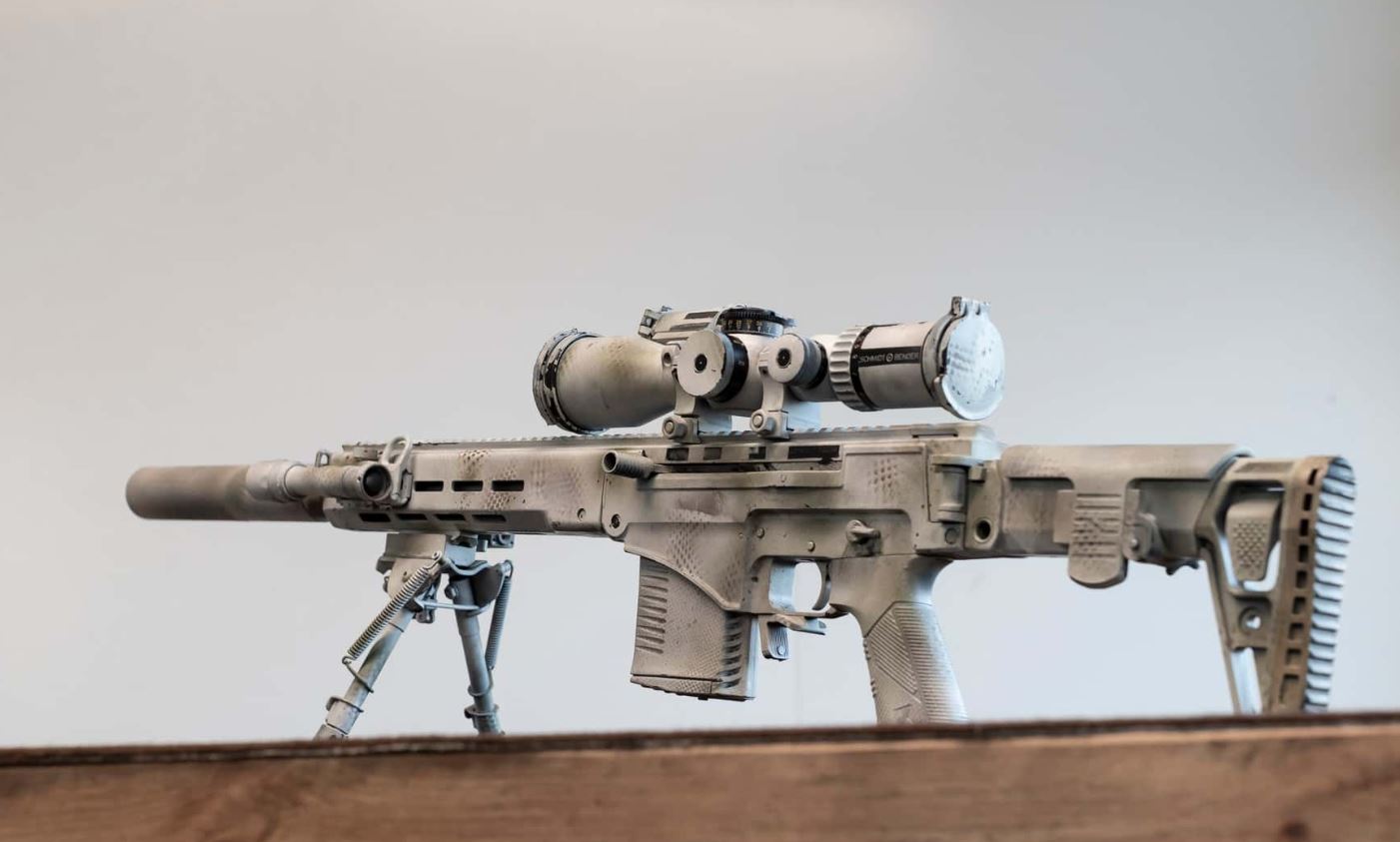 Here is ModernFirearms specifications of the rifle.

The Chukavin SVCh semi-automatic sniper / designated marksman rifle is a prototype of the new precision weapon system, being developed by “Kalashnikov” Group based on direct input from snipers from several Russian elite Special Forces units. It is intended for precision engagement of individual targets at ranges of up to 1000 meters or even further, depending on the version. With proper ammunition, these rifles are capable of 1 MOA or better accuracy.

The SVCh rifle is being developed for three most common military rifle cartridges, the 7,62×51 NATO, 7,62x54R and .338 Lapua Magnum (also known as 8.62x69mm). Between the two 7.62mm versions, rifle has very high commonality of parts. The .338LM SVCh-8.6 rifle has necessarily larger receiver, magazine housing and bolt group.

SVCh rifle has an inverted U-shaped receiver, made from steel, with solid top that offers a stable platform for optics, with integrated Picatinny rail. Trigger and magazine housing unit is made from lightweight alloy. Rifle features short stroke piston gas operated action and rotary bolt locking. Manual gas regulator ensures smooth and reliable operation under all conditions, with and without sound suppressor. Rifle is fed from detachable box magazines. In 7.62x54R version, it uses magazines compatible with Dragunov SVD sniper rifle; In 7.62×51 NATO and in .338LM  it uses proprietary magazines with standard and high capacity.

According to Sputnik International, Putin successfully hit three out of five targets firing at a distance of 600 meters. During his visit, Putin was also took a look at other Kalashnikov projects, including the ‘Stena’ crowd control vehicle, the Astes armored vehicle, electric vehicles, snowmobiles, buggies, drones, and watercraft.