It looks like Sig finally got tired of all the dropped Sig p320 jokes. A patent that was submitted  March 2 of 2017 by Sig Sauer, Inc. has been approved as of July 24 2018 for their new Integral eccentric firearm silencer.

This new silencer allows the Sig to be holstered without having a bulky can on the front. This could also pave the way for having the option to suppressing concealed carry weapons! Here’s were it gets interesting. This new design is a wet suppressor. It uses an ablative contained in a capsule that would be replaced after a few shots. Which, according to Recoil, the platform would run 3 or 4 rounds of subsonic and 2 to 3 rounds of regular ammunition at hearing safe levels.

You can view the full patent Here! 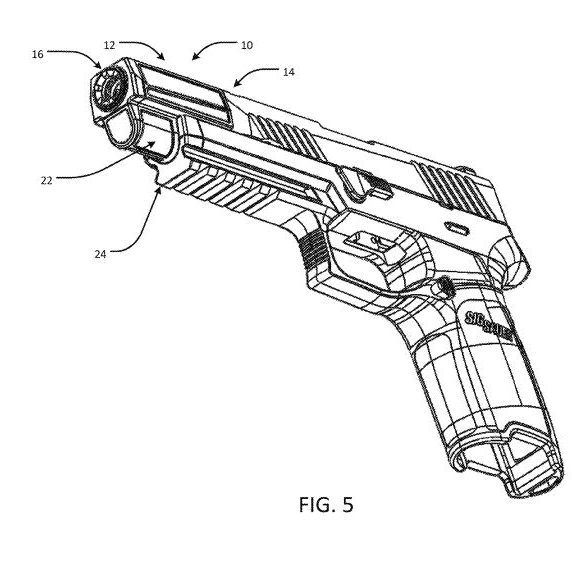