As the battle to ban or restrict so called “weapons of war” heats up across America, politicians are setting their sights on more than just guns.  Late last year Chuck Shumer presented a bill that would require the FBI to establish standards for who is allowed to buy body armor such as bullet-resistant vests after a series of mass shootings in which the gunmen wore body armor, most recently the suspect in the killing of nine people last weekend in Dayton, Ohio. Schumer’s proposal would include exceptions for police and other public safety officials, according to the AP.

“The ease with which those intent on doing evil are able to get advanced body armor is shocking,” Schumer tweeted Sunday afternoon. “In addition to the House-passed background checks bill, it’s time to require anyone seeking sophisticated body armor to get sign-off from the FBI.”  Schumer labels body armor and things like Night Vision as “Tactical Weapons” and wants to see them banned from civilian use.

At Shot Show 2020 there were rumors that Military Grade Night Vision is next on the liberal politician hit list. Ironically and simultaneously there was a rumor at Shot Show that FLIR was planning to shut down their Thermal and Night Vision. The second rumor has now been confirmed by Ammoland.com on January 23rd, 2020 when they wrote “FLIR Discontinues Riflesights, Various Outdoor and Tactical Systems.”

FLIR released a press message at the SHOT Show on 21 January 2020.

FLIR is discontinuing certain Outdoor product lines as it further heightens its focus on the professional user.  (in other words sell to military and law enforcement only) Select handheld product lines will continue to be offered commercially, but remaining products will be further focused toward law enforcement, public safety, and other professional users. FLIR will offer discontinued products through existing channels until inventory is fully depleted, and FLIR will continue to honor qualified warranties for all registered products. For warranty information, visit www.flir.com/support.

At Tactical Shit we believe Night Vision is just as much your right as firearms.  Military Grade Night Vision Monoculars and Binoculars have tons of uses from night time navigation to hunting and more.  Until now, military grade NVGs have been very expensive.  Recent technological advances have created a situation where civilians can have the same technology used by Special Forces for Under $10,000 and in some cases under $2500.

Features:
• Fixed or adjustable diopter lenses to minimize eye strain
• Single, self-contained AA battery with an alert when running low
• Auto and manual brightness available
• Auto shut-off functions only when the goggles are in the stowed position

These systems are intended for the Marine Corps’ Close Combat Force, consisting primarily of its Infantry.

These are the very same night vision binoculars that were recently selected by Marine Corps System Command in a 249M contract. 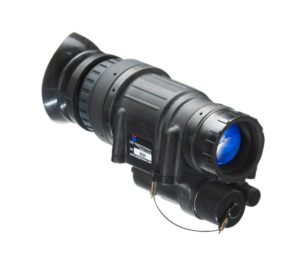 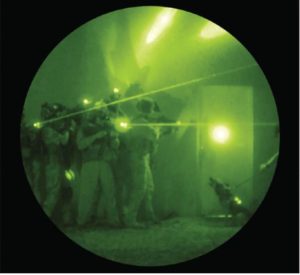 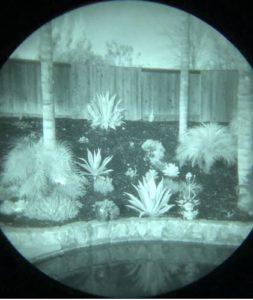 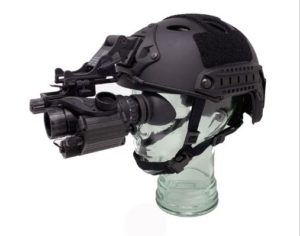