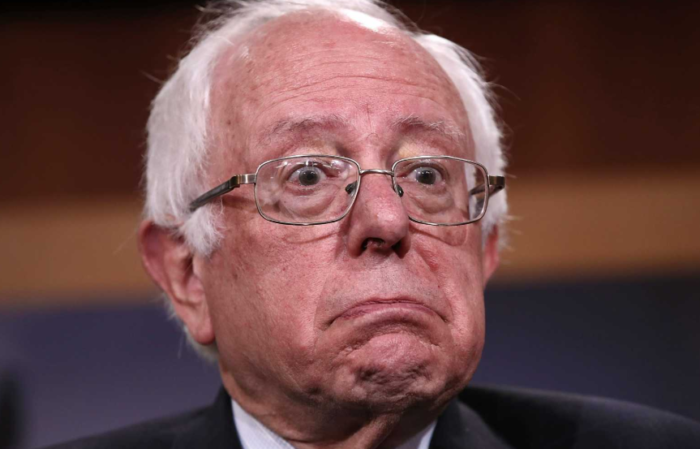 You cant make this stuff up. Bernie Sanders has went on to say even convicted terrorist and rapist should be able to vote. The very people who denied others their rights DO NOT deserve shit while they are in prison.

Sen. Bernie Sanders says the right to vote should be extended “even for terrible people” https://t.co/M3U37R21GK #SandersTownHall pic.twitter.com/5wmhSdvrRj

According to FoxNews Sen. Bernie Sanders on Monday defended his stance for granting voting rights to criminals in prison, including the Boston Marathon bomber and convicted sexual assaulters.

During a CNN town hall on Monday night, Harvard student Anne Carlstein asked if his position would support “enfranchising people” like Boston Marathon bomber Dzhokhar Tsarnaev, who she noted is a “convicted terrorist and murderer,” as well as those “convicted of sexual assault,” whose votes could have a “direct impact on women’s rights.”

Sanders first responded by saying he wanted a “vibrant democracy” with “higher voter turnout” and blasted “cowardly Republican governors” who he said were “trying to suppress the vote.”

The Vermont senator then argued that the Constitution says “everybody can vote” and that “some people in jail can vote.”

Even Cher hit back at the 2020 Democratic frontrunner Sen. Bernie Sanders on a now deleted twitter post after he argued that criminals serving time in prison, including the Boston Marathon bomber, should be able to vote… 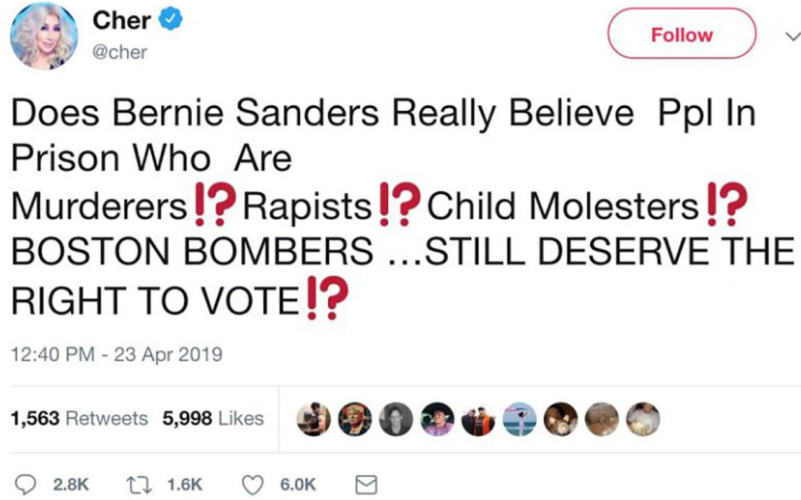 Honestly does anyone else see the Irony in this? It would seem as though the liberals are basically saying the very people (Rapist, Murderers, etc) they rally against in their protest and want to silence should be able to vote?!?! We’re confused at this point…

This is for those alarmed by @BernieSanders defending the #VotingRights of ALL Americans, including those incarcerated.

The ability to vote is one of our most basic & fundamental rights.

Under Bernie’s narrative it would appear that people like Dylan Roof, a white supremacist, who carried out a hate crime that claimed the lives of 9 churchgoers should be able to vote.. 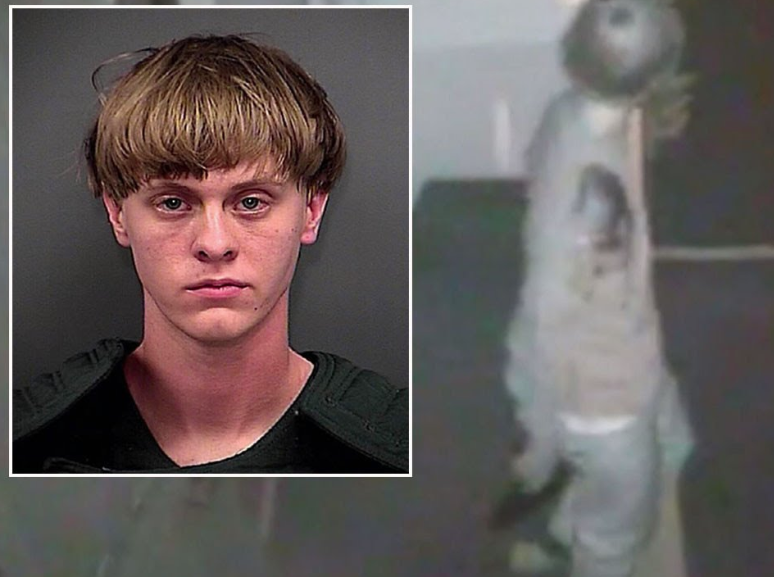 So which is it? Because you know damn well if Trump said this there would be a fucking riot. If you’re suddenly supporting the constitution, what about gun laws Mr Sanders? By the same logic wouldn’t the gun control your pushing be unconstitutional as well? Certainly if anyone should be able to vote without restriction then anyone should be able to own any firearm they want without restriction.

Apparently the left only likes the constitution when it works in their favor.