In a perfect world everyone could afford to take a course put on by top tier operators. However, that is simply not the case. Many courses can run up into the thousands and that’s not including the price of ammunition. Its not just the cost of ammunition. Many do not have 3 or 4 days to set aside from their busy schedules. But what if there was a way to go to a range and still get feedback on your shooting? Well there is. The MANTISX. The Mantis X is a is a data-driven Device that attaches to your pistol or rifle’s rail and connects to your smartphone or tablet.  While attached it analyzes every shot and generates actionable data you can use to improve. Sounds too good to be true? Well we put it to the test and honestly we are very impressed with the results. If you dont like being judged or told how to correct your shooting this device isnt for you! If you seriously want to improve get ready!

scroll down for video 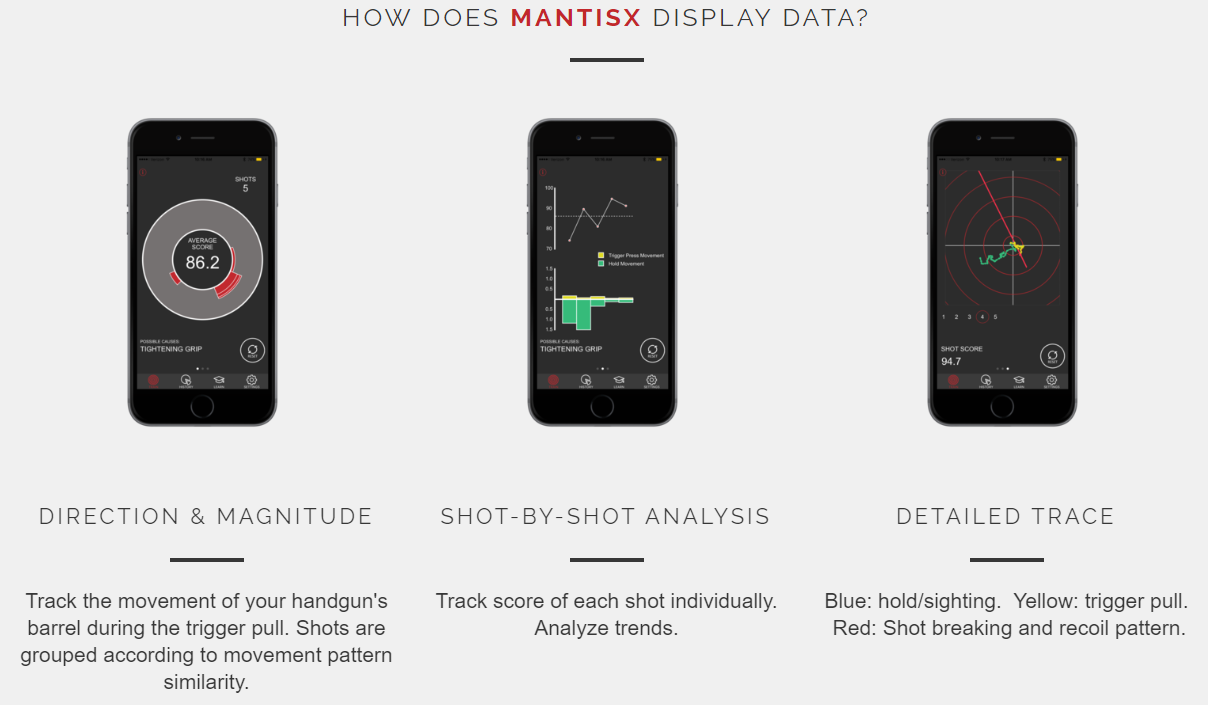 Heres how it works! MantisX detects each shot you make, each shot is scored depending on how much you moved away from your sighted position during the trigger pull. The perfect score is 100 (basically impossible unless locked in a vise). For each shot, MantisX detects the direction of the barrel movement during the trigger pull. If you tend to shoot left, left sector will light up on the wheel. After a few shots, the training device shows the pattern of your movement. 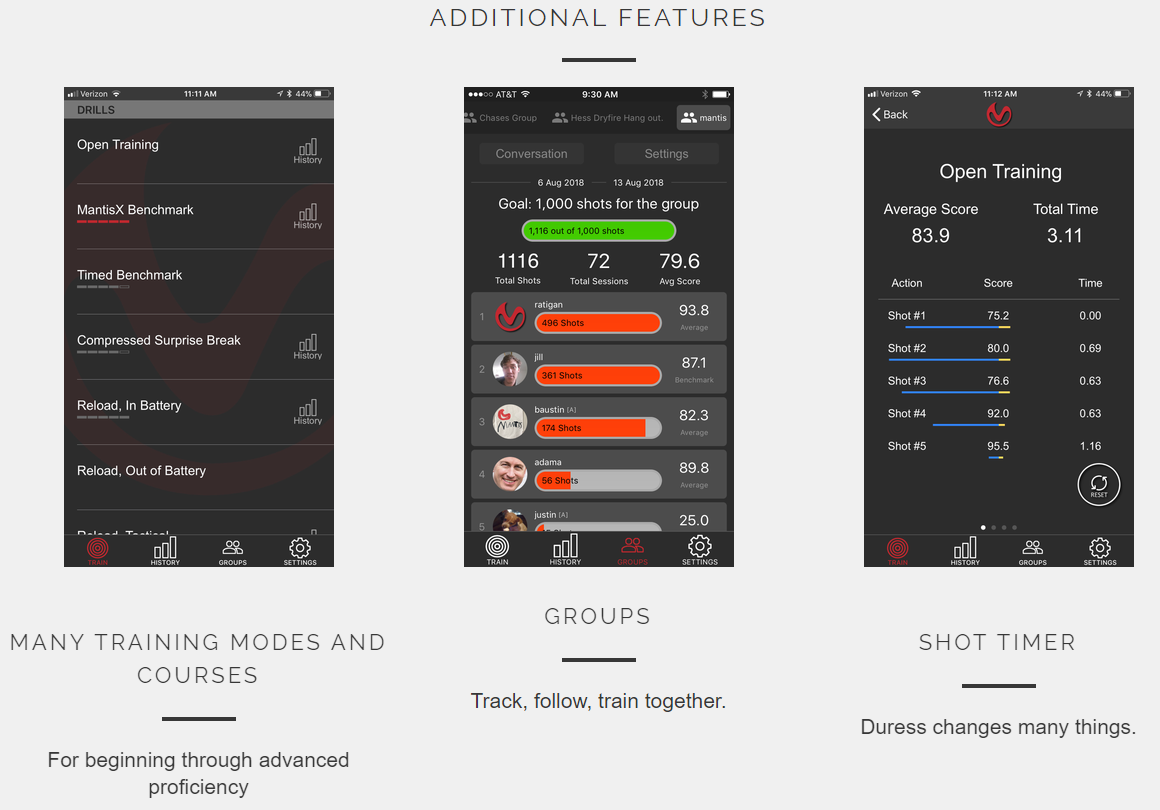 MantisX identifies areas of improvement and provides coaching that will improve your mechanics, your score, and your precision. MantisX keeps track of all your shooting sessions and generates useful reports that will help you identify your shooting trends, gauge your progress, and set adequate improvement goals. 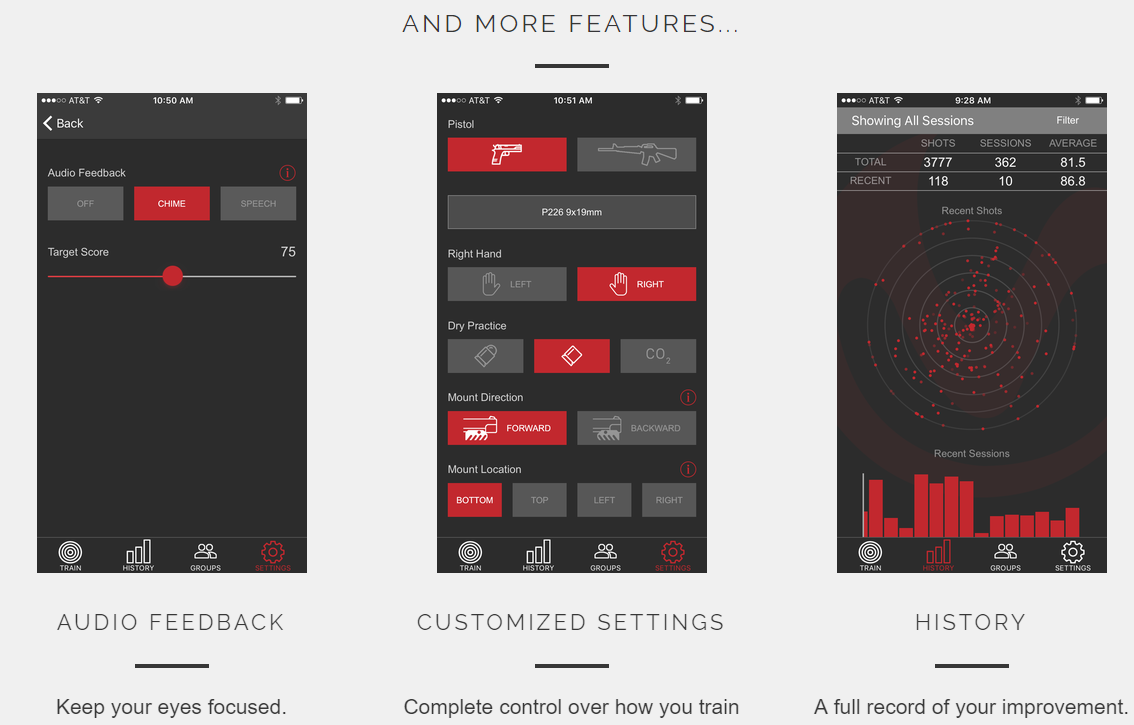 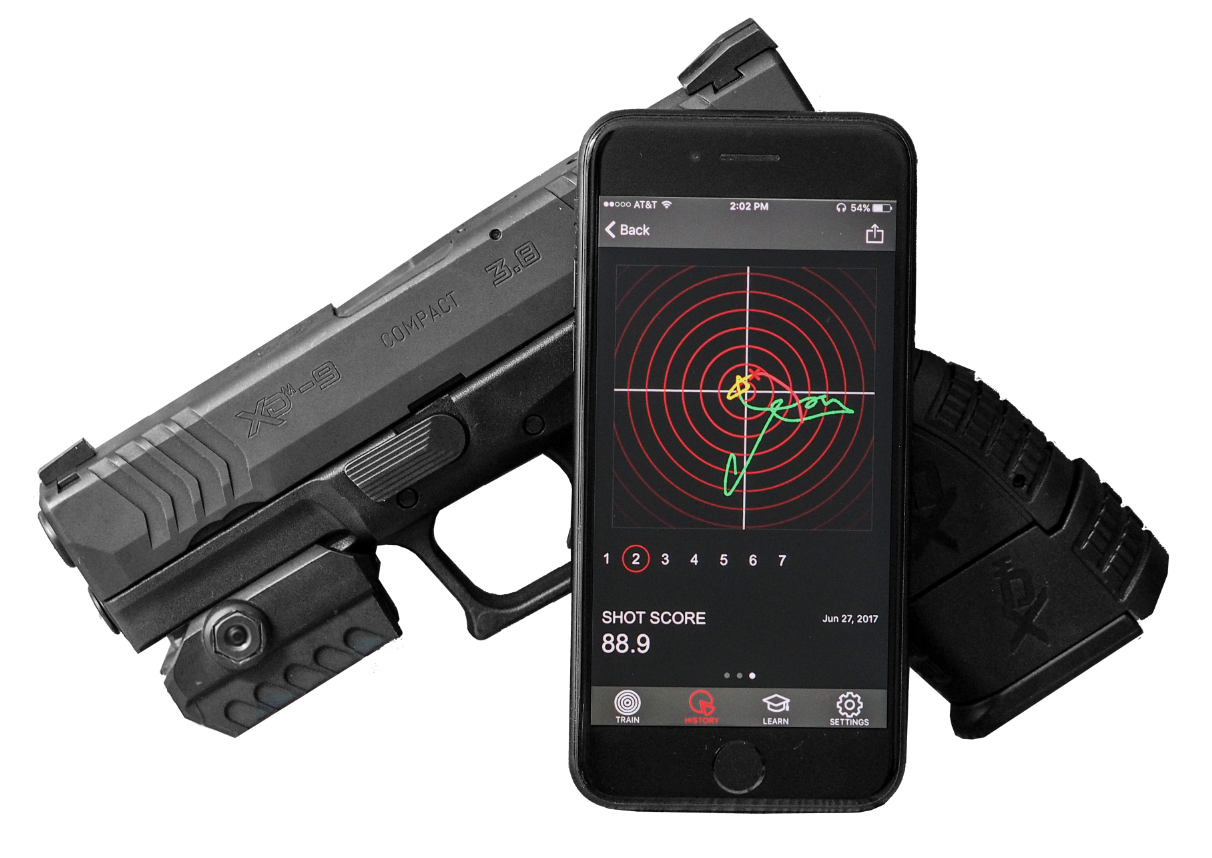 MantisX detects each shot you make, analyzes the movement of the firearm during the trigger pull, and assigns a score to each shot that signifies deviation from the aiming position.

Based on the movement patterns of the firearm, MantisX identifies areas of improvement and provides coaching that will improve your mechanics, your score, and your precision.

MantisX keeps track of all your shooting sessions and generates useful reports that will help you identify your shooting trends, gauge your progress, and set adequate improvement goals.

While MantisX was designed for live fire usage, it is effective in dry fire practice as well. The software algorithms are continually improving, and you should expect that the dry fire component will see continual improvements through regular app updates.

There are many technically complex pieces of MantisX.  Dry fire is one of them.  While the MantisX sensor continually collects and transmits movement data, the crucial part of the algorithm design is shot detection.  Live fire shot detection is easier than dry fire shot detection, for obvious reasons.  Additionally, it is crucial to try to eliminate false positives that could arise from jostling, racking, or other movements that could mimic a dry fire hammer or striker hit.  Fortunately, we have some significantly geeky engineers designing complex algorithms to give accurate results.

There are trade offs between eliminating false positives and missing some actual dry fire shots.  We have chosen to reduce false positives in the shot detection, which means that some actual shots will be eliminated from reporting as well.  However, the shots that are recorded will be accurate.

Mantis has tested the algorithms on hundreds of firearms and are continually updating the app with new data sets.

With the latest app release, dry fire shot detection ranges from 80-97%, while the false positive rate is <1% on average.

Lastly, MantisX does not work on SIRT guns, since there is no hammer or striker. But it would work if MantisX were integrated into the gun.  We’d love to see an integrated version in the future.

TJ the HMFIC of TacticalShit and Alpha (yes thats his real name) Go into an IN DEPTH REVIEW and demonstration of the Mantis X Firearm Training System.