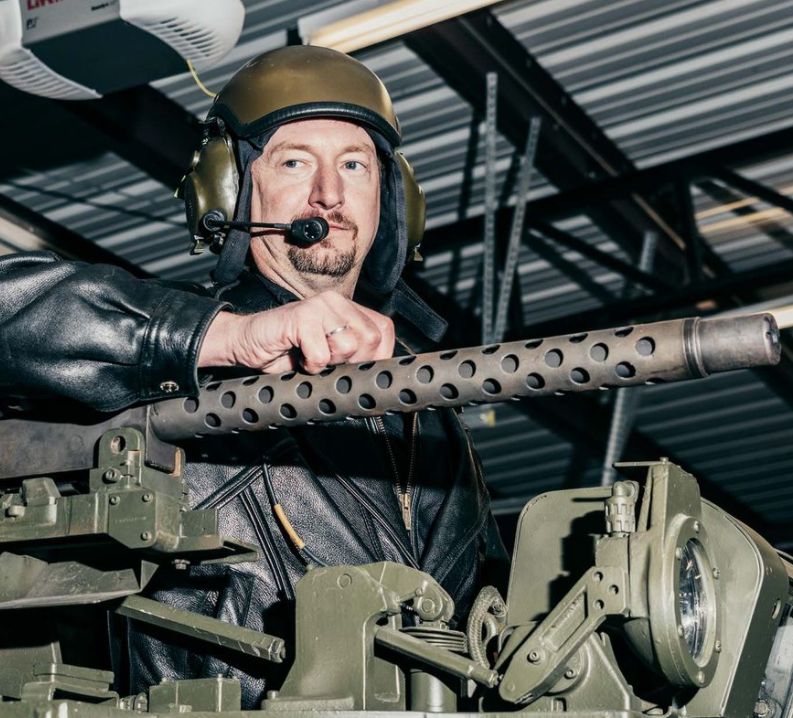 As many of you know, the gun industry is up in some cases over 300% from 2019 and just set an all time record for gun sales in 2020 and it is only October.  Ammunition is scarce due to deman and a primer shortage and some gun parts and accessories are in very high demand with lead times out as far as July 2021.

This made us wonder, is now an excellent time to invest in machine guns?  Machine guns have long been considered a viable alternative investment asset strategy.  Not only do you have the opportunity to make money, but they are arguably the most fun asset you could possibly invest in.

We did some research and found this article about Frank Goepfert.  Owner of Gunspot.com and Machine Gun Central. Two of the largest auction h0uses for NFA weapons and Guns in the country. 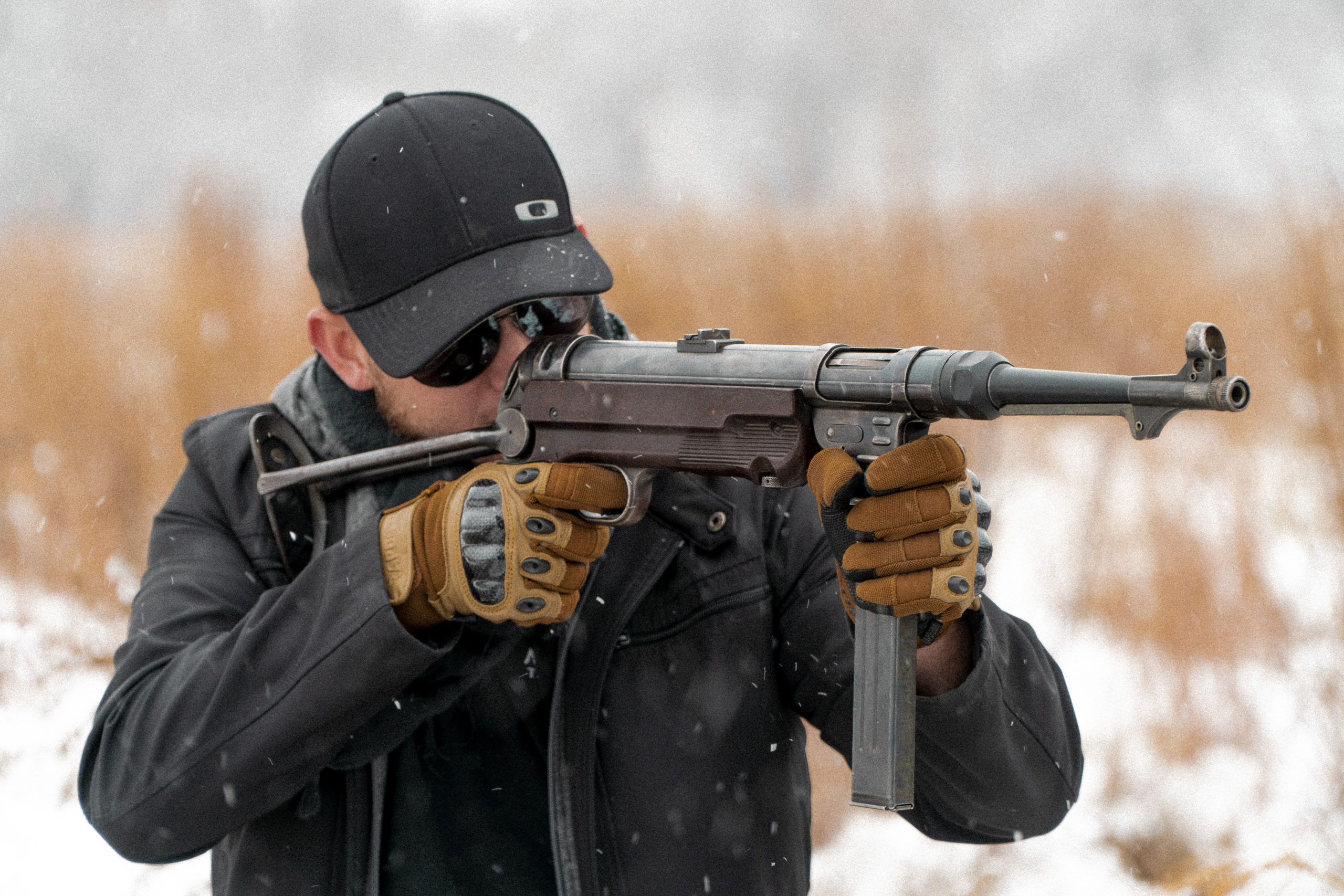 According to Bloomberg in 2018

from one of the longest economic expansions in U.S. history, using stocks, gold and even cryptocurrency as vehicles of profit. A few of them even used machine guns.

Yes, machine guns. Not the readily available, semi-automatic rifles that have figured so tragically in recent mass shootings, igniting a national furor over gun laws. We’re talking about actual machine guns, which are about as far from the local gun store inventory as you can get, and much more difficult to buy. A machine gun typically shoots about 600 to 800 rounds a minute, while the Bushmaster AR-15 will fire about 45 rounds a minute, depending on how fast you pull the trigger. Fully automatic firearms are often depicted in movies, but in real life they’re a rare commodity except to members of the military. 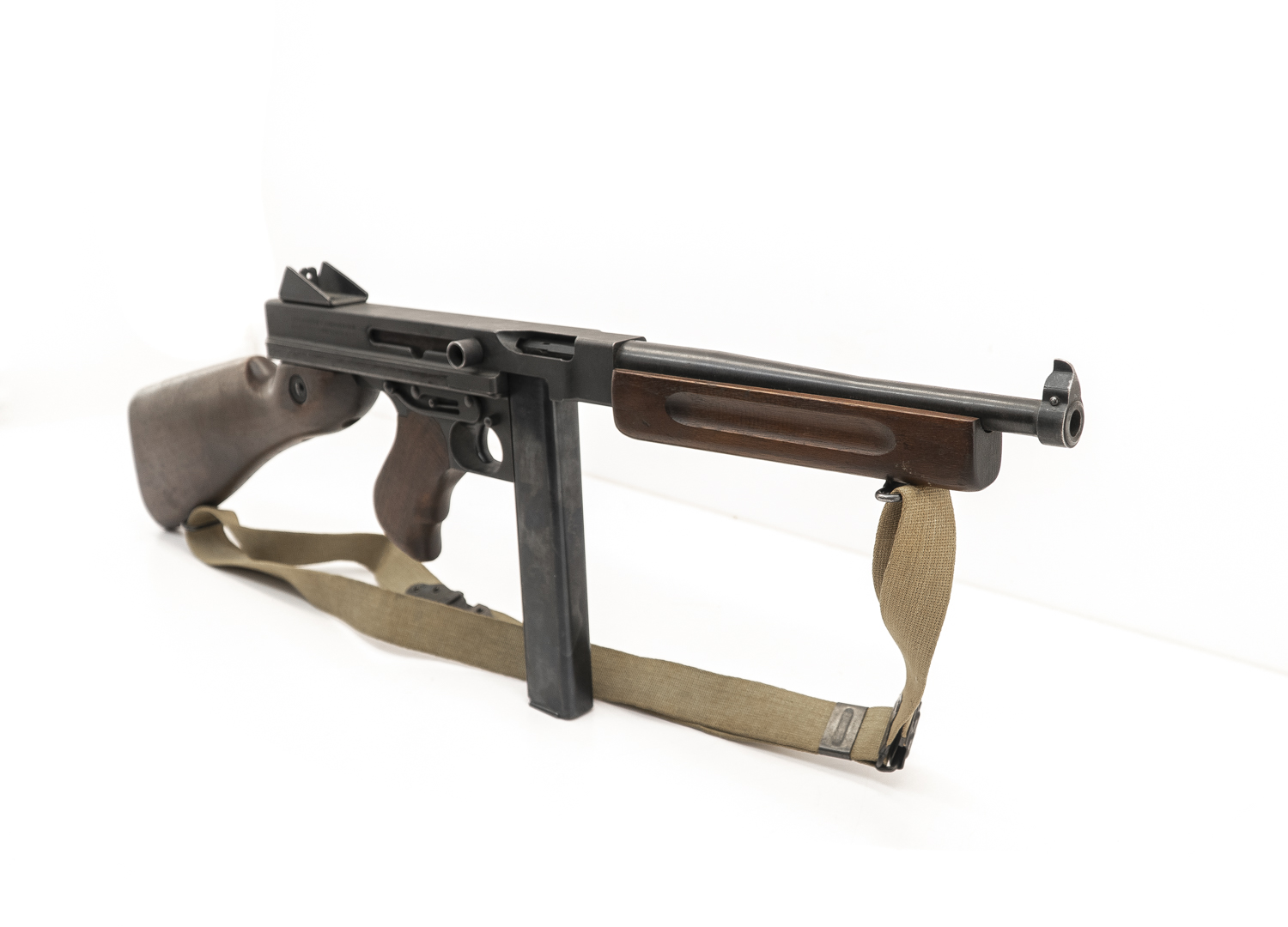 Some of the hoops a buyer must navigate to get one mirror what some proponents of tougher gun laws would like for all firearms. But the red tape has also helped make machine guns the ultimate collector’s item, with some having doubled in value over the past 10 years.

Frank Goepfert is one of the biggest machine gun merchants in America. From a 100-plus-acre ranch he shares with his wife, son and German shorthair puppy in rural Missouri, he runs a small empire of automatic weapons. Inside a tornado-proof vault, dozens of automatic firearms worth millions of dollars hang on the walls. There are Tommy guns, M2 Brownings, Uzis, a Sterling submachine gun and AK-47 assault rifles, the most popular machine gun in the world. 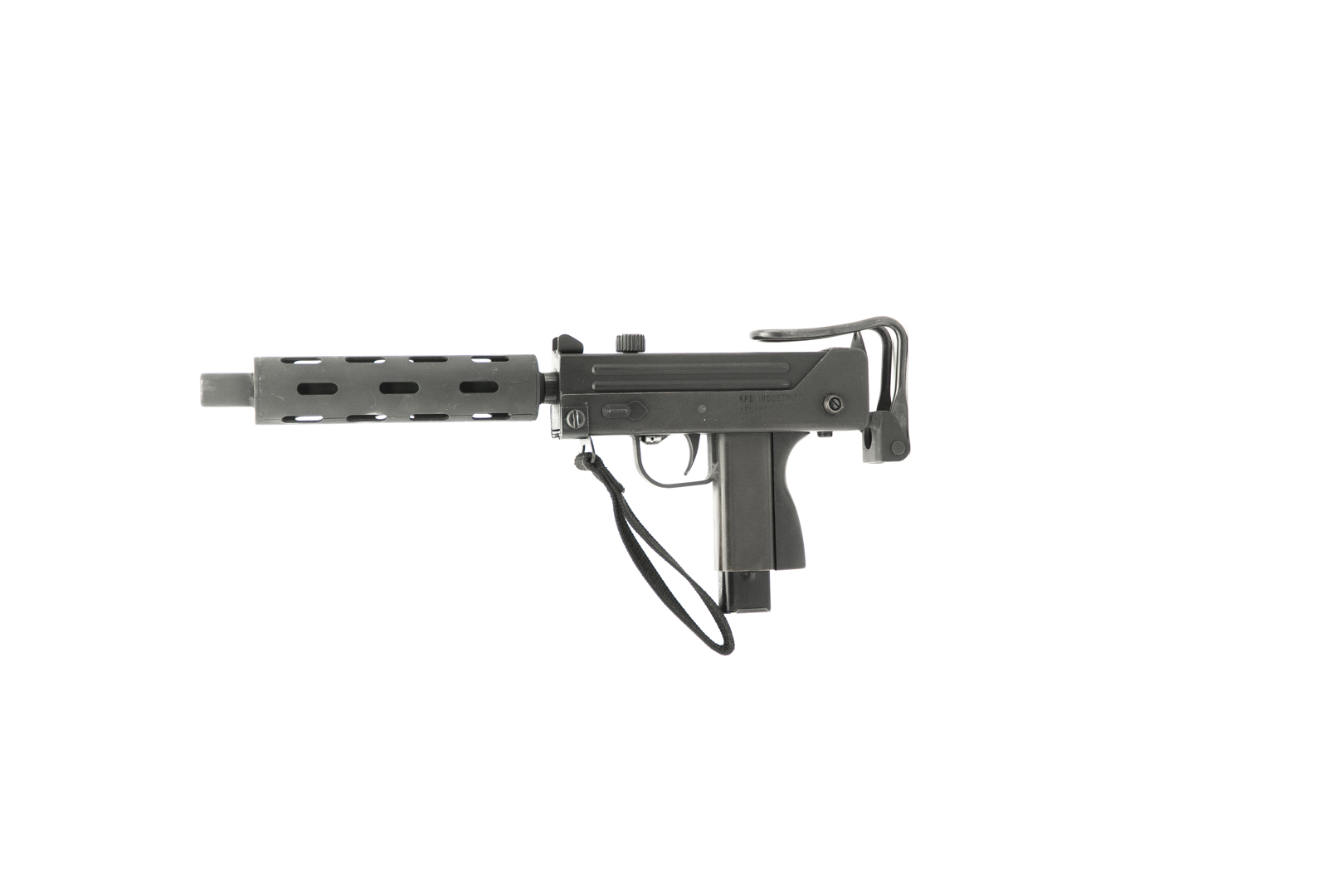 Goepfert, 47, who regularly sports a leather jacket and a black Stetson, says his company, Midwest Tactical Inc., sold as many as 500 machine guns in 2017, averaging thousands of dollars each. He’s made enough money to purchase two planes and even a tank.

His best customer, a technology company executive, spent $1.6 million on guns last year, while an oil and farming tycoon dropped $1.2 million, he says. By Goepfert’s tally, he has 20 clients who each have spent more than $200,000 on his wares. He declined to identify them, citing privacy considerations. And while the government keeps a record of automatic weapons, it’s not public. That may make Goepfert one of the best sources of information outside the U.S. Bureau of Alcohol, Tobacco, Firearms & Explosives when it comes to who has a machine gun in America.

After reading this, we caught up with Frank and did a little Q&A regarding machine guns as an investment.

Are machine guns a good or great investment right now?  Machine guns are always a good investment….every year, they become increasingly rare, and therefore more and more collectible and valuable.  Right now, guns are especially a great investment due to the recent instability of our culture due to the Corona Virus and the possible election change come November 3rd.  It is said that the best gun salesman of all time was President Obama.  Even though the Left is anti-gun for the most part, guns actually thrive under the fear of confiscation or gun rights being taken away.

How much appreciation have transferable machine guns had since 2013?  Machine guns have appreciated almost double since 2013.  For instance, a Colt M16A1 could be purchased for around  $10,000-$13,000 in 2013….Currently they are selling for $24,000-$27,000.  With a conservative, Pro 2nd Amendment administration in Office, the gun industry had settled quite a bit as people’s fears of losing their gun rights settled down.
What is the forecast growth for the next year or two?  That’s a question that all depends on what happens on November 3rd…if the Democrats win, you can expect gun sales to go through the roof and demand to be at an all-time high, simply because gun rights would be expected to be attacked and threatened from every angle.  If this happens, title one guns would be even more challenging to find as manufacturers are already so far behind in production due to the run on guns and ammo during the initial covid scare/crisis, where even anti-gun advocates were buying guns left and right.  Machine guns would also sell easily and at a premium price, as they did under the Obama administration.  Gun sales have never been better than in the 8 years that he held the Office.  If the conservatives win in November, then we expect the market to stay about the same as it is currently, and prices will flatten and level out a bit, just like they did after Trump took Office.  Title 1 guns (semi autos) and Ammunition would still be hard to find until manufacturers catch up on the current orders and demand.
What are the risks of investing in machine guns?  The Risks are if the gun industry and current laws and regulations would be restricted or impeded by the Democrats….that is always the threat.  As long as the 2nd amendment is protected (and we have every reason to believe it will be, or the possible consequences might be something very terrible, like an all out civil war), then the gun market, and especially the Class 3 Transferable gun market, will be ever thriving.
If you are thinking about investing in machine guns or just want to buy one to have.  Begin your quest at the source of this expertise Gunspot.com 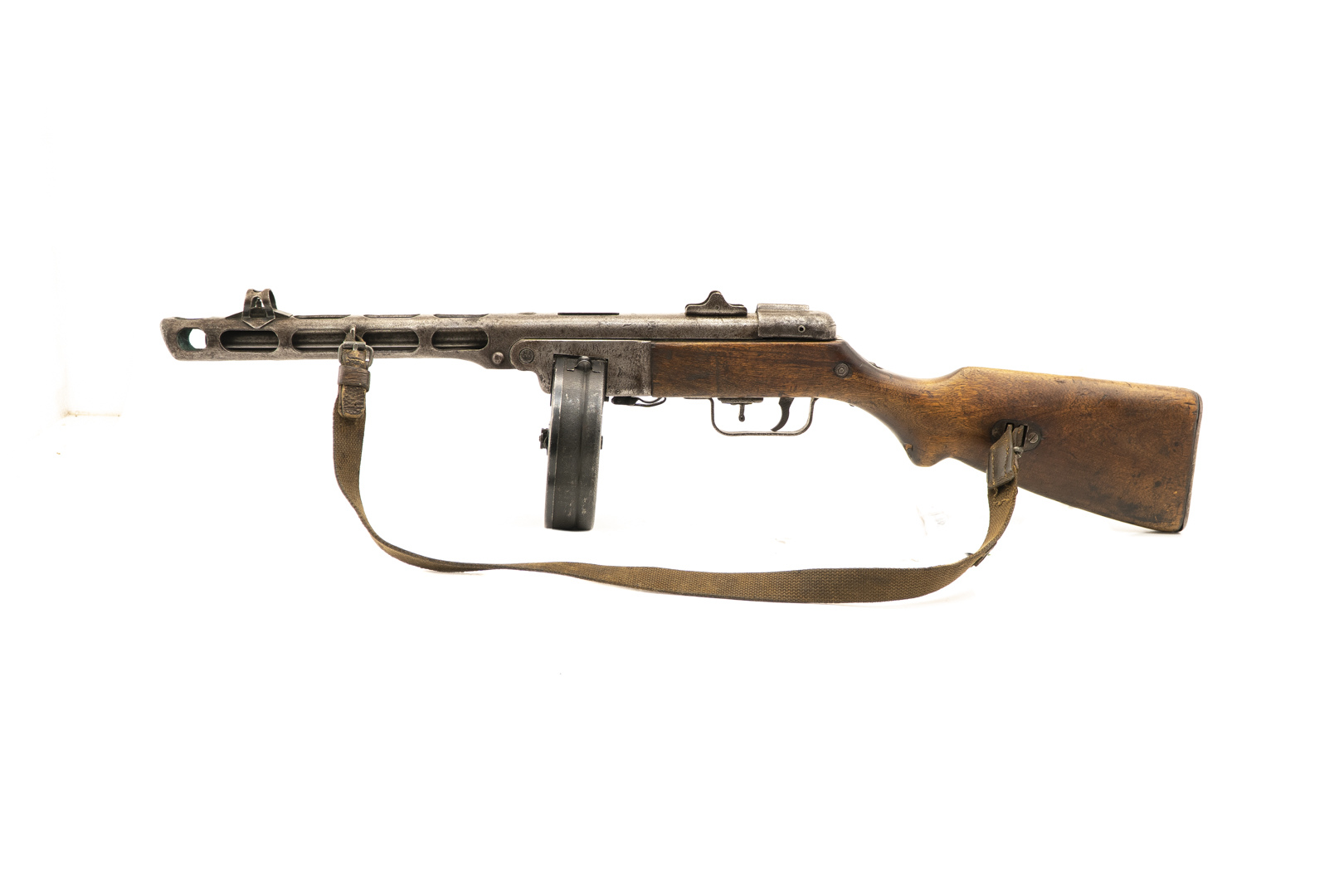