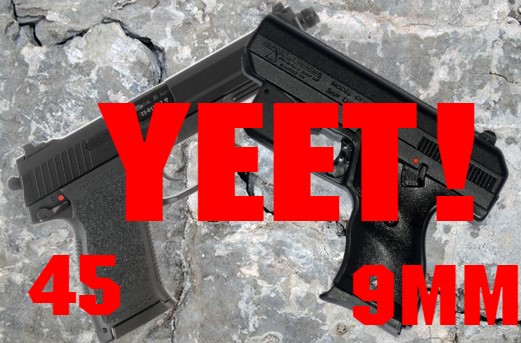 UPDATE: “YEET CANNON” is back in the game after Hi Point revealed on their facebook page that this has been there plan all along. Though many would argue it was after the internet stormed the beaches of their Facebook page spearheaded by Heckler and Koch. Needless to say YEET CANNON is once again a sure thing as we do not see anyway any other name would get picked.

and as promised H&K is sticking true to their word and are currently arranging a photo-shoot in which one of their flagship pistols the MK23 is going to marked YC-45. If it is later put up for sale remains to be seen. We cannot wait to see the outcome of this event.

In this world its yeet or be Yeeted and it would seem that Hi Point has chosen the latter. A few days ago Hi Point decided to have a “Name The 9” event in which they reached out to their fans to suggest names to call their next generation 9mm pistol.

As you can imagine many jokingly entered the typical “Problem Solva” but one name stood out amongst the rest! “Yeet Cannon” came in hot leading the pack after it garnered a 556 votes and as you can imagine their facebook page went crazy with people who typically wouldn’t even glance at a hi point were now WILLING to spend the money on a hi point to have a “Yeet Cannon” of their own. Literally Hundreds if not thousands of messages posted to their page reflect the shear fact that many would be first time customers if Hi Point chooses the name “Yeet Cannon”. It would be safe to say at this point that Hi Point has a sure thing in their hands and would most likely have trouble keeping up with demand should they pick that name for their next gen 9mm pistol.

But Alas the day came to vote on the batch of names for the next gen pistol and in what one could assume is the worlds biggest marketing fail Hi Point has removed YEET CANNON from the list of options on the 3rd phase of voting. 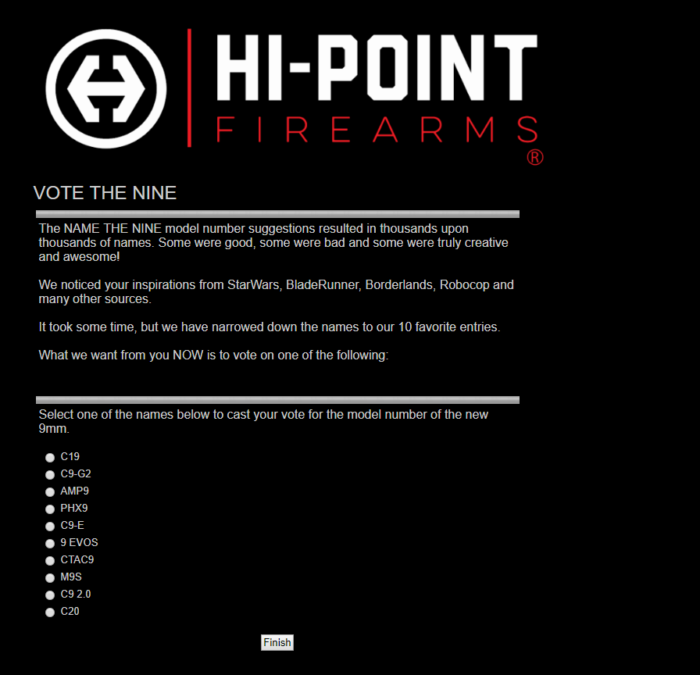 According to a message sent to someone who inquired as to the reason “Yeet Cannon” was removed Hi point had this to say; 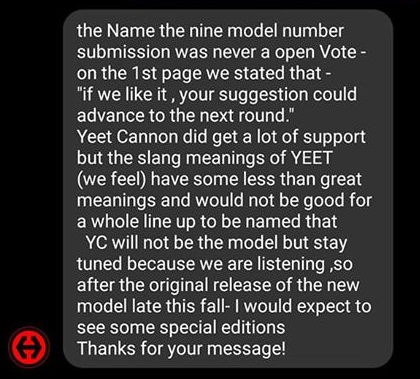 However, a quick visit to urban dictionary, google, dictionary.com states that

YEET! Yeet is an exclamation of excitement, approval, surprise, or all-around energy, often as issued when doing a dance move or throwing something.

with origins dating back to 2008. Nothing offensive there Hi Point So what gives? Maybe they confused it with the word Skeet.

Another message does infact show that hi point confused yeet with skeet.

Skeet Shooter would be an awesome name too!

Needless to say there has been more than a little backlash on Hi Points Site with many fans showing their disapproval. 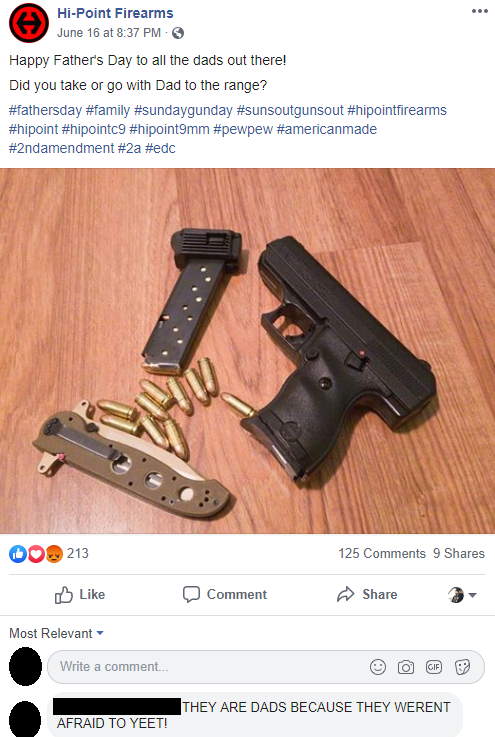 Some have even taken the suggestion to other manufacturers who are more than happy to oblige. 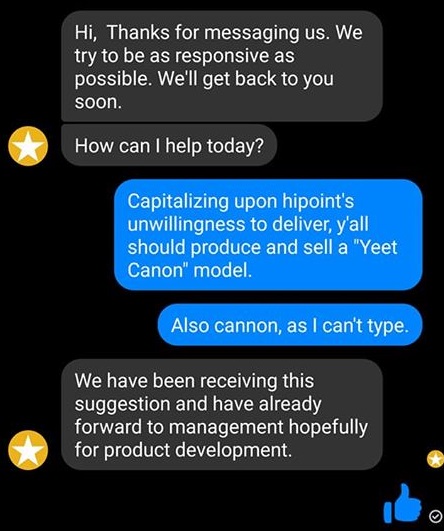 Speaking of manufactures the debacle caught the attention of everyones favorite marketing genius. The girl behind marketing at Heckler and Koch who quickly almost without hesitation took advantage of Hi Points fumble. 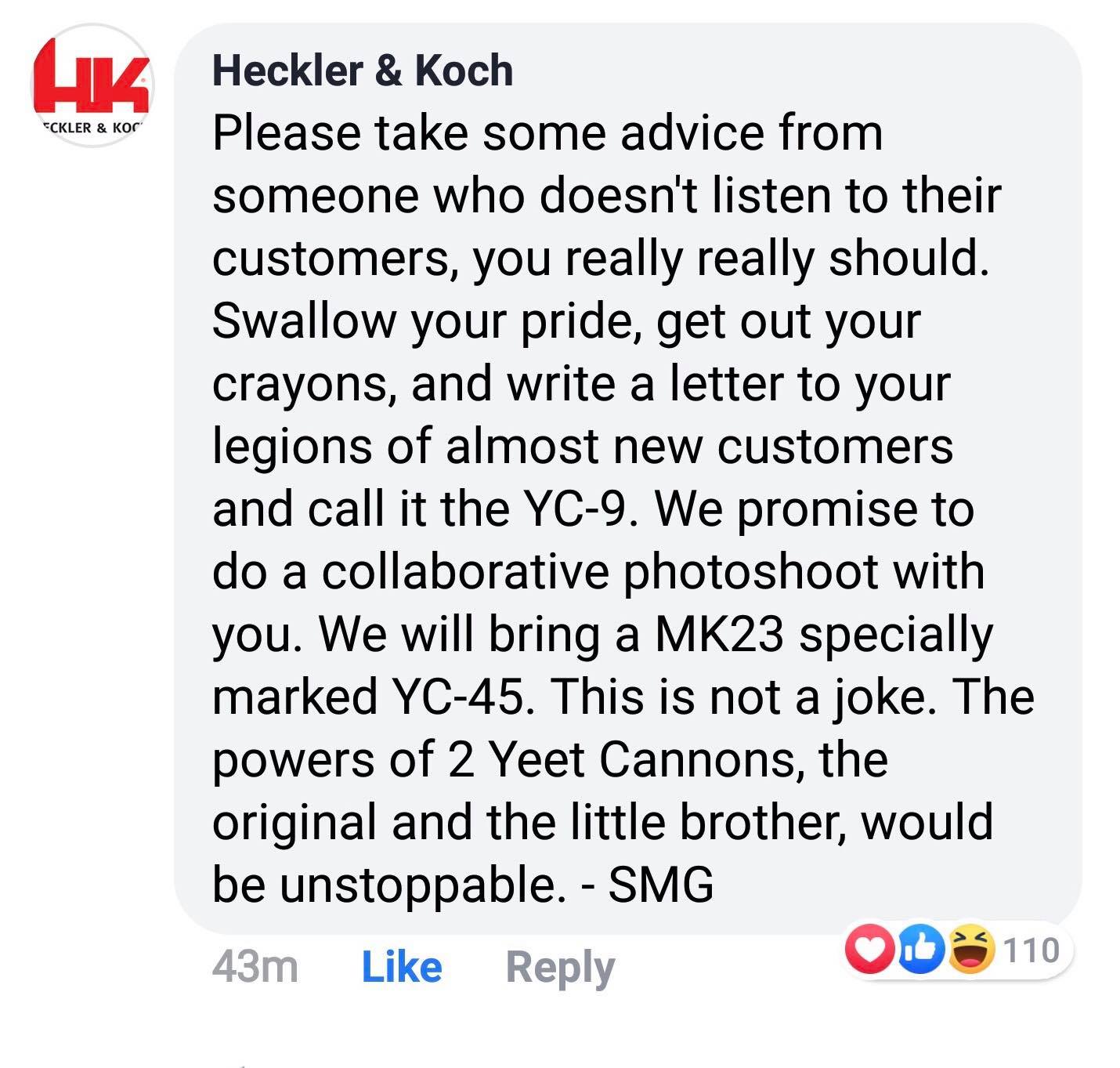 Ladies and Gentlemen we have the possibility of TWO YEET CANNONS NOW! H&K even went so far as to change their sites address on Facebook. 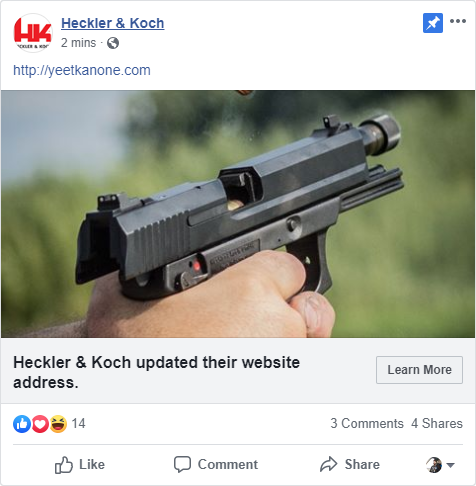