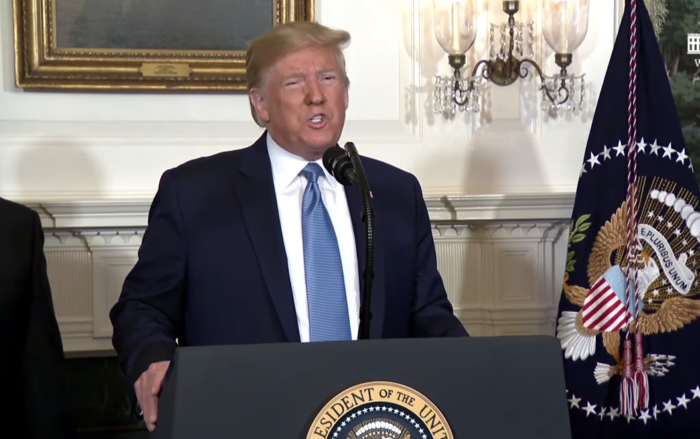 Here we go…AGAIN. What part of Shall not be infringed do you not understand Mr President. Pursuing a guncontrol will only ensure that you will lose many of those who voted for you. (We are in no way shape or form saying to vote the Dems/liberals in. But have you considered MATTIS 2020!?!? We would’ve said Crenshaw but…) Of course there will be the select group of FUDDS that will be ok with it. Just like they were ok with bump-stocks and ultimately we will begin going down that slippery slope until there is no 2A left to defend.

….this legislation with desperately needed immigration reform. We must have something good, if not GREAT, come out of these two tragic events!

According to USATODAY Trump suggested that Congress should link legislation requiring stronger background checks for gun buyers to  immigration laws. He stated that republicans and democrats should come together and get strong background checks.

Trump, while condemning white supremacy, has also called  for “red-flag laws” to identify those who are mentally ill to prevent them from purchasing firearms. The Washington Post reported. “Mental illness and hatred pull the trigger. Not the gun,” said Trump, who did not take questions from reporters.

You can view the speech in its entirety below. We’ve even ensured it starts at the correct time stamp.

There is a war on your second amendment rights. It is up to you to ensure that your voice is heard. You cannot sit idly by just making post to Facebook. You absolutely must take action! Call, email, write your representatives, get out and vote! Support organizations that defend your gun rights and challenge unconstitutional laws in court.