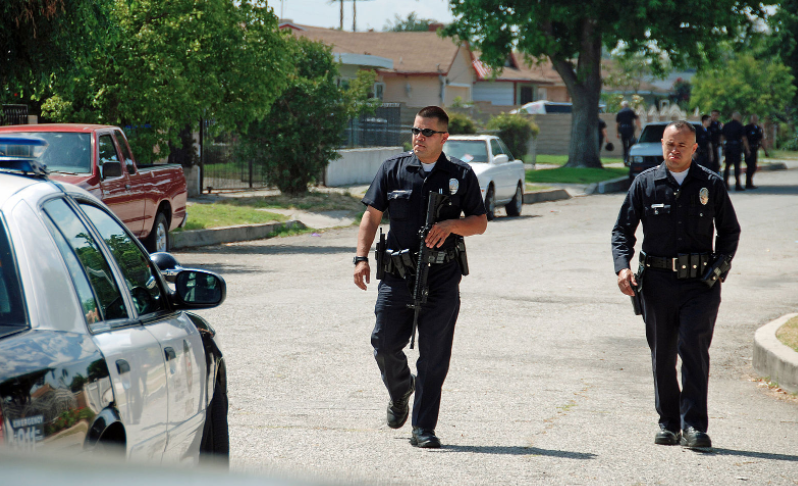 The 91-year-old California woman who was armed with a shotgun when she was shot by deputies outside her home in Spring Valley Lake on Saturday, died from her injuries Monday, authorities said.

Betty Francois was pronounced dead at the hospital at 6:15 a.m., according to a news release by the San Bernardino County Sheriff’s Department.

Deputies responded to a 911 call on Saturday after receiving reports of possible intruders attempting to break into a home in the Spring Valley Lake community.

They were met by Francois. She came out the front door of the home armed with a shotgun, officials said.

“Deputies gave her commands to drop the gun, then she pointed the gun at the deputies, and a deputy-involved shooting occurred,” according to the release.

San Bernardino County Sheriff’s Department spokesperson, Jodi Miller, confirmed Francois lived at the home, according to the Victorville Daily Press. A relative told the paper that she was legally blind and deaf.

The investigation is ongoing, authorities said. Anyone with more information is asked to contact Detective Scott Abernathy of the department’s Specialized Investigations Division — Homicide Detail.