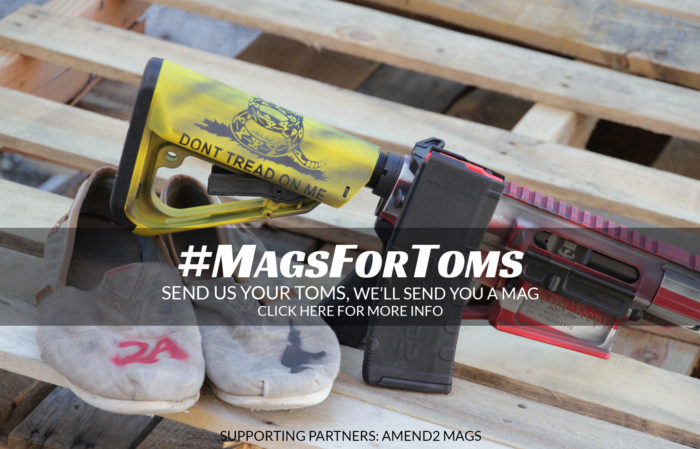 Another Company has decided to jump in with the likes of Dicks and other large corporations. TOMs a shoe company has pledged 5 million towards anti gun anti 2nd Amendment organizations as well as implementing an automated post card system that urges your representatives to push for universal background checks. The gun grabbing left seems to enjoy virtue signaling every chance they get and many people have had enough of this shit. . That includes Adams Arms. They have decided to fight back! Adams Arms writes Last week, Toms shoes founder, Blake Mycoskie, publicly stated that Toms would donate $5 million to various anti-gun organizations under the guise of “universal background checks to end gun violence.” The reality of the situation is that the concept of a “universal background check” does nothing to stop criminals from getting ahold of firearms, as it only affects the law abiding.

To combat this and take a stand for all Pro-Second Amendment citizens, Adams Arms launched a campaign to send a message that gun owners will not sit by idle and allow the continued degradation of the Rights of the American People. Jens Krogh, the VP of Sales and Marketing for Adams Arms, said the company believes in more freedom for Americans… not less.

The original buyback campaign was to send a free 30rd magazine to anyone (10rd magazines to those in restricted states) who sent a pair of new or used Toms shoes (postmarked) before January 1st, 2019 and burn the Toms via Instagram live, but Adams Arms had a slight change of plans.

“Originally we were going to burn the shoes, but decided that’s no way to treat something that could be used again by homeless veterans,” VP of Sales & Marketing, Jens Krogh, said.

“But then we thought to ourselves… we should at least make the shoes less hippie. So we’re going to alter them with a pro Second Amendment message and THEN donate them to several worthy causes for veterans and impoverished people living in oppressive countries where they do not have the freedoms we cherish.” 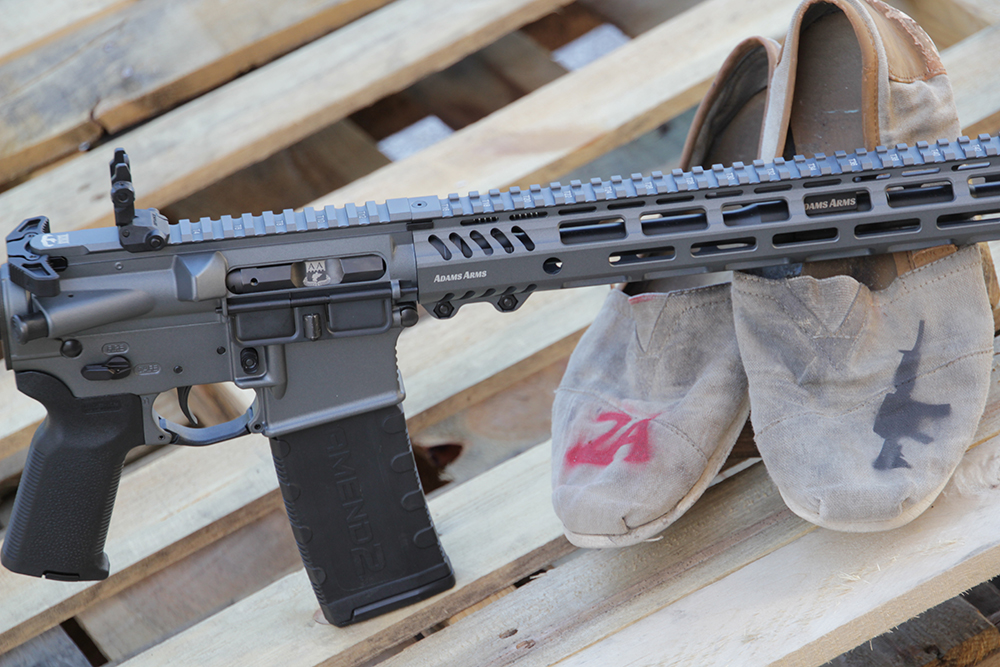 Amend2 Magazines, a high-quality magazine and accessory company based in Idaho, loved the idea so much that they partnered with Adams Arms to support the cause and donated the first batch of #MagsForToms. For every pair of Toms Shoes sent in, one Amend2 30-round (or 10-round) magazine will be sent to your door!

Here’s how it works. Send Adams Arms your shoes at:

You must include a note with your shipping address and email address. It must be legal to ship a 30 round mag to your state, or if you live in a restricted state, Adams Arms will send you a 10 round magazine.

Before you send them… post a picture with #shoeburn #magsfortoms and #shallnotbeinfringed to spread the word.

It’s worth pointing out that the organizations in line to get money from Toms are Black & Brown Gun Violence Prevention Consortium, Everytown for Gun Safety, Faith in Action, Giffords, Livefree, March for Our Lives and Moms Demand Action.

Toms founder Blake Mycoskie announced the companies new campaign to end gun violence by making a record-breaking donation and evolving their shoe-giving model to support organizations working toward the cause. The predictability of this video is almost humorous as he gleefully promotes his brand and talks about its founding but then suddenly, Crocodile tears! If that isn’t Virtue signaling I don’t know what is. He goes on to pledge 5 million dollars to the usual Anti Gun and 2nd Amendment suspects which can be found on the TOM’s page. Moms demand action, march for our lives, every town, etc. He adds that you can through his website send a physical post card to representatives urging them to pass universal background checks in less than 30 second. Blake even makes the claim that 90% of Americans are in favor of universal background checks.

Here is the Email that was distributed throughout their email list;

12 years ago I founded TOMS with a simple goal: to help build a better tomorrow.

Since then, you and other members of this community have come together to help provide shoes, sight, and safe water to millions of people in need. And for that, I’m grateful.

But now, there’s another need:

Almost every day we wake up to news of another shooting.

In our schools. In our neighborhoods. In our places of worship.

And it keeps happening.

To truly commit to a better tomorrow, we have to act now.

And we have to act together.

So, TOMS is giving $5 million to organizations across the country committed to ending gun violence through work in urban communities, mental health, research and policy, and suicide prevention.

And we’re calling on our lawmakers to pass universal background checks, because it’s something more than 90% of Americans agree on.

If you’re among that 90% I would greatly appreciate you sending a postcard to your representative via the button below.

Your support builds a better tomorrow.