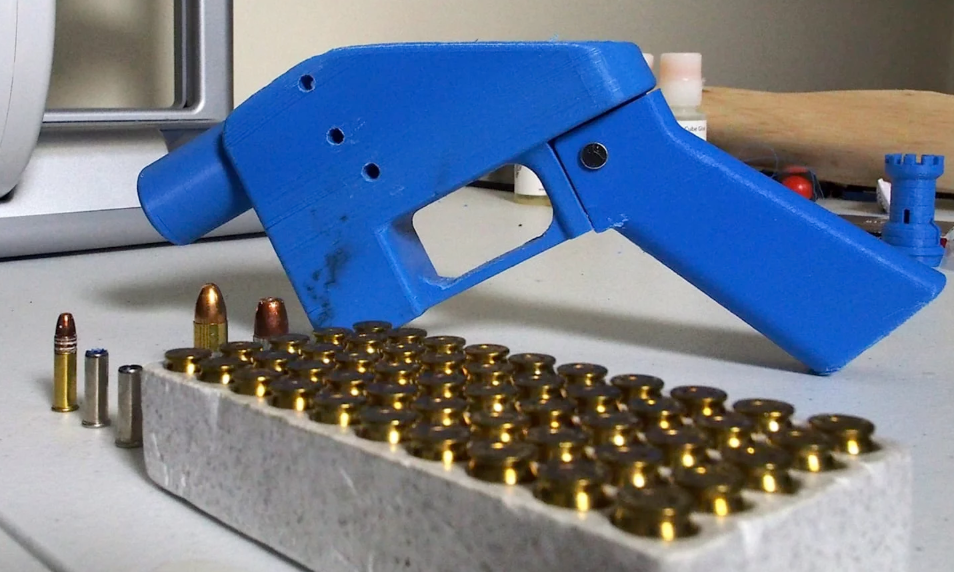 (featured image by The Daily Beast)

It wasn’t the least bit surprising when someone quickly started to use this technology to make guns. Gun folks are like that. If we can use it to make a gun, we will, and 3D printing was never likely to be an exception.

However, some are upset by this revelation. They argue that 3D printing completely renders gun control efforts null and void, as if that’s an argument for, well…anything. 3D-printed guns are dangerous because they circumvent existing policies. They are considered “ghost guns,” a term used to describe firearms that do not have an identifying serial number that can be used to match gun purchases to their owner. By law, legal firearms sold in a gun store or by a manufacturer must have a serial number. Printed guns and their parts do not.

All firearms must contain enough metal in the weapon to be able to set off a metal detector. With a 3D-printed firearm, the person printing the weapon must add that metal themselves and there is no way to ensure they have done so. In a licensed gun store, background checks are required to see if the user should be allowed to own a rifle. But with 3D-printed guns, no background checks are done and anyone can buy the blueprints and use a 3D printer to create the weapon.