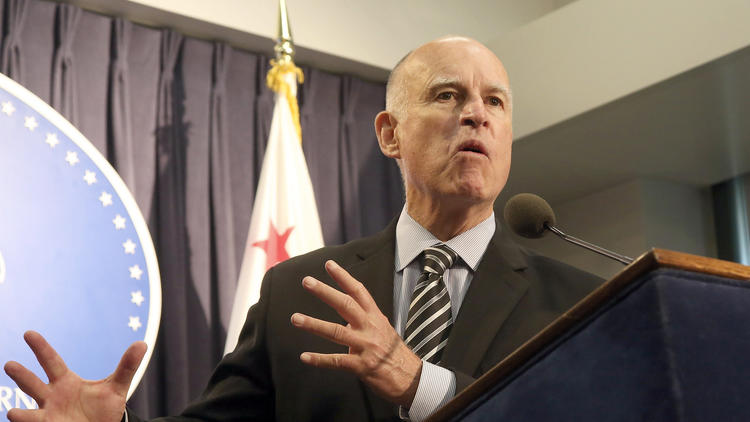 The L.A. Times reports- Gov. Jerry Brown on Friday signed six gun-control bills into law, including a requirement that ammunition purchasers undergo background checks. The governor vetoed five other measures, including an expansion of the use of restraining orders to take guns from people deemed to be dangerous.

“My goal in signing these bills is to enhance public safety by tightening our existing laws in a responsible and focused manner, while protecting the rights of law-abiding gun owners,” Brown wrote in a message.

Brown approved bills that would ban the sale of semiautomatic rifles equipped with bullet buttons allowing the ammunition magazines to be easily detached and replaced.

Vetoes included a bill that would have allowed co-workers, mental health workers and school officials to petition the court for a “gun violence restraining order” for people judged a danger to themselves and others. Such orders would allow guns to be confiscated for a year.

Bills the governor signed will:

— Ban possession of ammunition magazines that hold more than 10 bullets.

— Restrict the loaning of guns without background checks to close family members.

The governor’s action comes one day after the Legislature approved 12 gun-control bills that were introduced in response to the December mass shooting in San Bernardino that killed 14 people. The bills gained legislative momentum after last month’s massacre in Orlando that claimed 49 lives.