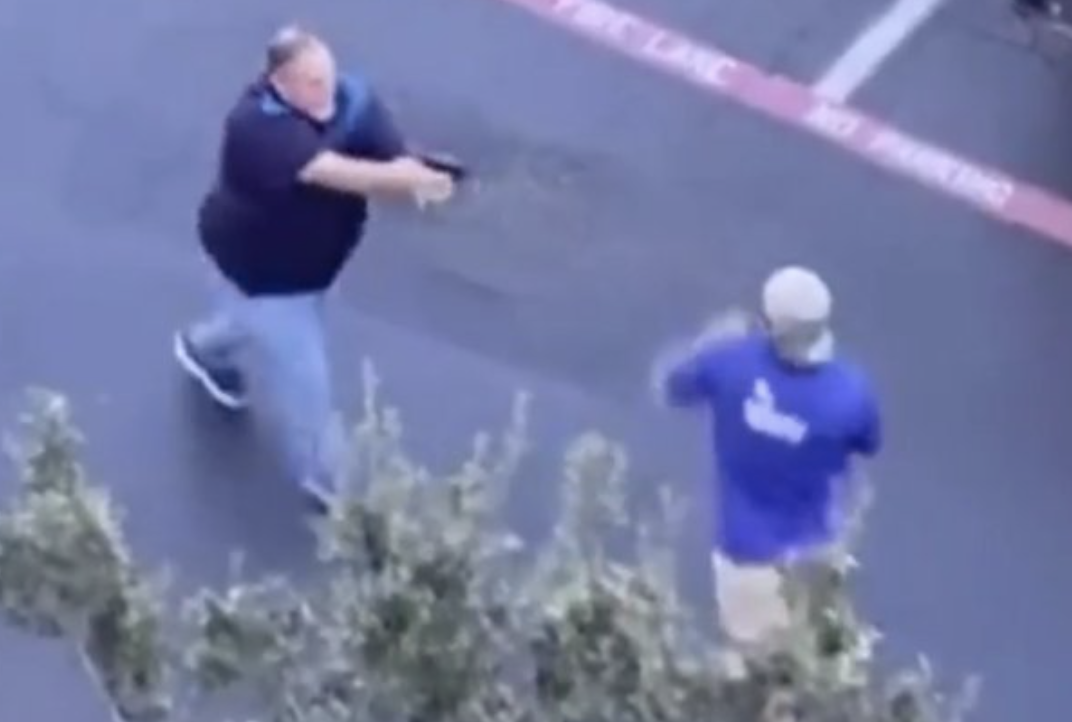 Pro-tip: a gun isn’t a magic talisman. A Texas man learned that the hard way when he pulled his pistol while fighting with another man in an apartment complex parking lot. Instead of retreating to safety, the armed man drew his gun while advancing on his unarmed opponent. He thought the gun would give him the protection he needed to administer a beatdown on the other man.

As residents watched and videoed the confrontation from above (on the phone to 9-1-1), the younger, unarmed man took the gun away from the rather portly older gentleman. Whoops.

To his credit, the younger man showed great restraint and didn’t even point the gun at the man who threatened him with deadly force only moments before. Instead, he picked up his hat and walked away.

No doubt the police have seen the video. If the man who produced the gun weren’t arrested, it would be a miracle. If you instigate or escalate a confrontation, it makes any subsequent claim of self-defense difficult to prove. Videos like this will not endear cops, prosecutors, or jury members to your case.

The bottom line here: Generally speaking, unless there’s a great disparity of force, you can’t legitimately produce a firearm against an unarmed adversary who isn’t in the process of attacking you. The law will cut you slack if you’re elderly, handicapped, or of a slight build against a big, burly monster.