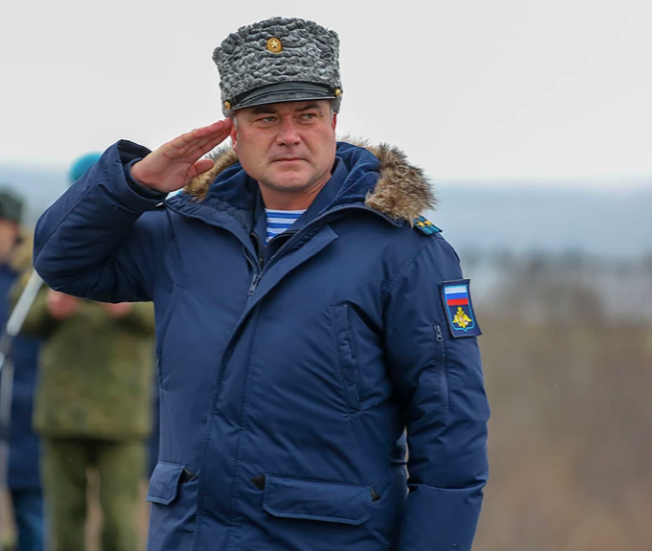 According to The Sun

Major General Andrei Sukhovetsky was reportedly killed at the battle for Hostomel Airfield about 30 miles outside the capital Kyiv.

Ukrainian soldiers fought off a Spetsnaz special forces air assault there — and his loss could explain why Russian forces failed to secure the airfield as well as why the assault on Kyiv had stalled.

The elite para commander is the most senior officer known to have died since Putin unleashed his bloodbath on February 24.

News of his death came as the 40-mile convoy approaching the capital ground to a halt when it got bogged down in mud.

Putin confirmed that a general had died, after the Kremlin said 498 Russian soldiers had lost their lives in the conflict and more than 1,500 had been injured.

Officials in Kyiv also said some 2,000 civilians had died during eight days of shelling and airstrikes.

At least 33 people were slaughtered yesterday in airstrikes in Chernihiv, north of the capital.