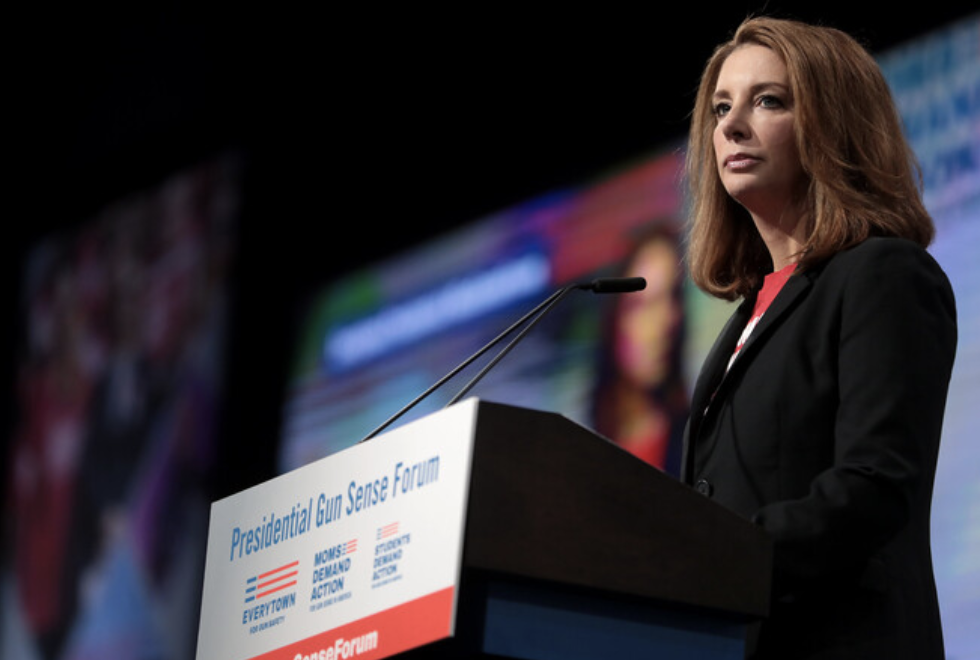 Anti-gun activists are expressing confidence that their decades-long wait to pass a new gun control bill through Congress is over, though they’re keeping quiet about what legislation will be their top priority this session. Reporter Christine Stapleton of the Palm Beach Post spoke to several gun control advocates for a story about the political prospects of new restrictions on the right to keep and be arms, and Moms Demand Action’s Shannon Watts was among those predicting swift action and Congressional approval of… something.

“It has been 25 years since the federal government passed a gun safety law,” said Shannon Watts, founder of Moms Demand Action, a gun safety organization with more than 6 million supporters. “That wait is over.”

It’s not just a question of congressional math — the slim majorities on Capitol Hill — that’s boosting cautious optimism. Momentum built this week on the moral authority front with a vote severely reprimanding a lawmaker for doubting and denigrating school shootings.

Let’s talk about moral authority for a second here. It’s true that Rep. Marjorie Taylor Greene’s past embrace of a variety of conspiracy theories is being used by Democrats to paint the entire Republican party as a bunch of QAnon-loving cranks, but that doesn’t mean that gun control activists now hold some sort of moral high ground, even if they’re loudly proclaiming that anyone who doesn’t support their anti-gun agenda is beholden to “the gun lobby” and not the Constitution.

Ultimately, a new gun control law means creating a crime where one didn’t exist before. Enforcement of any such law will fall on police, and gun control activists and Democrats alike have been clear that they believe “police violence is gun violence”. By creating new, non-violent, federal crimes, Democrats and their anti-gun allies will only exacerbate what they say is a problem that needs to be solved.

Of course, even with Manchin’s support there aren’t 60 votes for gun control in the U.S. Senate at the moment. If “moderate” Republicans like Pat Toomey, Susan Collins, and Lisa Murkowski were to join Democrats in backing a background check bill supporters would still need to find a half-dozen other Republicans willing to get on board, and that seems highly unlikely.

Shannon Watts can proclaim that the wait for new federal gun laws is over, but given the fact that she can’t change the calculus in the Senate, her boast is a little premature. The only way a gun control bill is going to get to Joe Biden’s desk is through parliamentary tricks like reconciliation or attaching a bill as an amendment to must-pass budgetary legislation.

That’s the method that Biden apparently wants to use for his gun ban, or at least that’s what he told the Las Vegas Sun in a newly-released interview from last year. As soon as he does, however, he ensures that every Democrat in 2022 is going to have to defend the idea of putting millions of Americans in prison for non-violent possessory crimes that they themselves created (all while proclaiming the need for de-policing, de-incarceration, and a more fair criminal justice system).

I think it will be an act political stupidity the likes of which have rarely been seen in Congress, but I do expect Democrats in to take up gun control at some point; just not until it’s more politically expedient to do so. The Biden/Harris administration will almost certainly throw gun control activists a bone or two via executive action in the not-to-distant future, but Shannon Watts and her anti-gun allies may be waiting a while longer for Democrats in Congress to begin a full-fledged assault on the right to keep and bear arms.

As for the Congressional math, south Florida Democratic Rep. Debbie Wasserman Schultz tells the Palm Beach Post that she plans on re-introducing a gun control bill that cleared the House last session.

Wasserman Schultz intends to reintroduce Jaime’s Law, a bill that would require universal background checks for the sale of gun ammunition. The legislation is named in honor of Jaime Guttenberg, one of the students killed at the Parkland school.

“Prospects for meaningful gun reforms are the brightest they have been in years,” Wasserman Schultz said in a statement. Still, she expects some Republicans in the House and Senate will “remain devoted to a diminished NRA.”

“With control of the White House and both chambers, I’m very hopeful we can tear down some of the roadblocks conservatives have consistently erected to block any action at all,” Wasserman Schultz added.

As with almost every other agenda item for Joe Biden, Kamala Harris, and Democrats in Congress, the prospects of passing new gun control legislation lies in the hands of Senator Joe Manchin of West Virginia. Unfortunately, when it comes to universal background checks, Manchin has previously proposed a background check bill of his own. The Manchin-Toomey background check bill was written by the West Virginia Democrat and Pennsylvania Senator Pat Toomey, and would require checks for firearm transfers at gun shows and “online sales.”

That’s a more limited measure than Wasserman Schultz’s proposal, which would impose a blanket prohibition on the vast majority of firearm transfers unless they were conducted by a federal firearms licensee, but it would still pose problems for legal gun owners while being largely unenforceable against violent criminals and those who illegally acquire firearms.