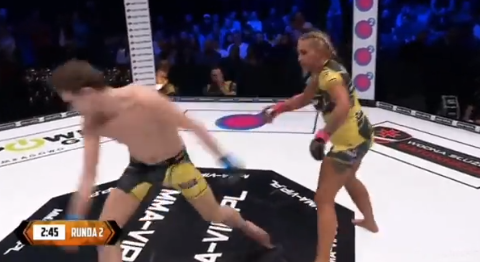 Equal Rights but not Equal Fights.

You can thank a leftist for this ghoulish entertainment.

The fight lasted less than two rounds before the ref called it.

According to a Monday report from the Sun, the referee was forced to stop the match after Muaboy pinned a defenseless Siekacz and began pummeling her with punches.

The fight, which took place at a hotel in the Polish city of Czestochowa, saw Muaboy take home a brutal TKO victory.