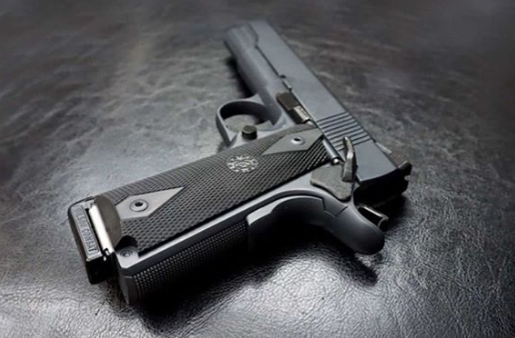 A Louisiana bill that will allow individuals to carry guns in church without first getting permission has been a little controversial. Unsurprisingly, anti-gunners strongly oppose the measure as they oppose anything that doesn’t make life difficult for law-abiding citizens who are no threat to anyone. Oh no, they never register in their minds that the people who intend evil are generally not deterred by such laws.

The measure also has supporters. In Louisiana, it seems the supporters outnumber the doomsayers. At least enough to send the bill to the Senate.

A controversial bill that would allow people to carry guns in churches cleared the House of Representatives in Baton Rouge.

It cleared despite strong opposition from faith-based groups.

The bill, backed by State Rep. Bryan Fontenot from Lafourche Parish, would repeal a law that allows churches, synagogues, mosques and other places of worship from banning concealed weapons on their property.

While faith-based groups may well oppose the measure, I find it rather hypocritical.

After all, they’re the direct beneficiary of the First Amendment, which protects them from all kinds of government intrusion, yet so many seem willing to jump on the bandwagon with anti-gunners to infringe on people’s Second Amendment rights. Nothing about that seems remotely right.

Of course, it doesn’t appear that the measure changes any of the criminal trespass laws, and that’s important. It still allows churches to tell people they know to be carrying to leave. Failure to do so would result in a criminal charge.

That’s still on the table.