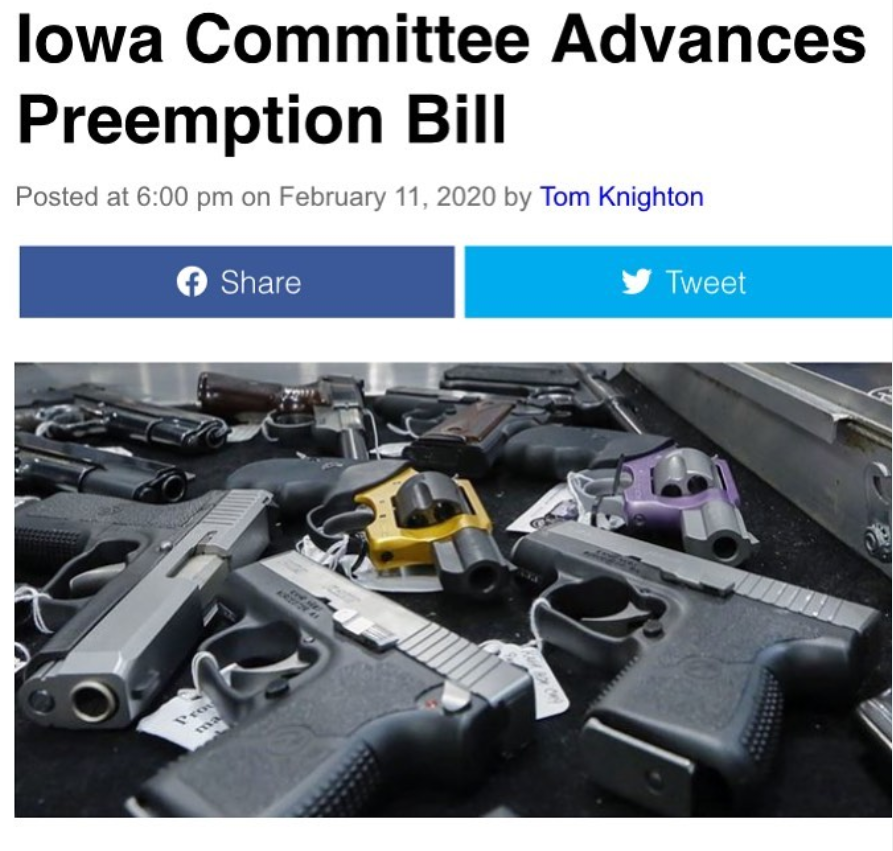 An Iowa House subcommittee passed a bill (HSB 615) Monday that would prohibit local ordinances from being stricter than state law for gun accessories such as high capacity magazines.

The wide-ranging proposal also states that if local governments ban weapons at public buildings, they must also provide screening and armed security. “The point is that putting up a no-gun sign has no effect on bad people,” said Richard Rogers of the Iowa Firearms Coalition who supports the bill. “It does affect the good people: their ability to defend themselves.” Opponents at the meeting such as Rep. Beth Wessel-Kroeschell, D-Ames, said requiring additional security could be cost prohibitive in some communities and that the proposal strips local governments of any input on gun safety. “I have a large university in my community, which makes it very unique from, say, Des Moines, which has different obstacles in their way in terms of public safety, or as opposed to a smaller town,” Wessel-Kroeschell said. “I think we need to give some control to our local communities where they make those decisions.” I’m always amazed at the people who want to cram universal background checks and assault weapon bans down our throat at a federal level are also the very same people who rail against preemption by talking about local control.