Cops and Firefighters duke it out for real when first responders demand higher pensions! 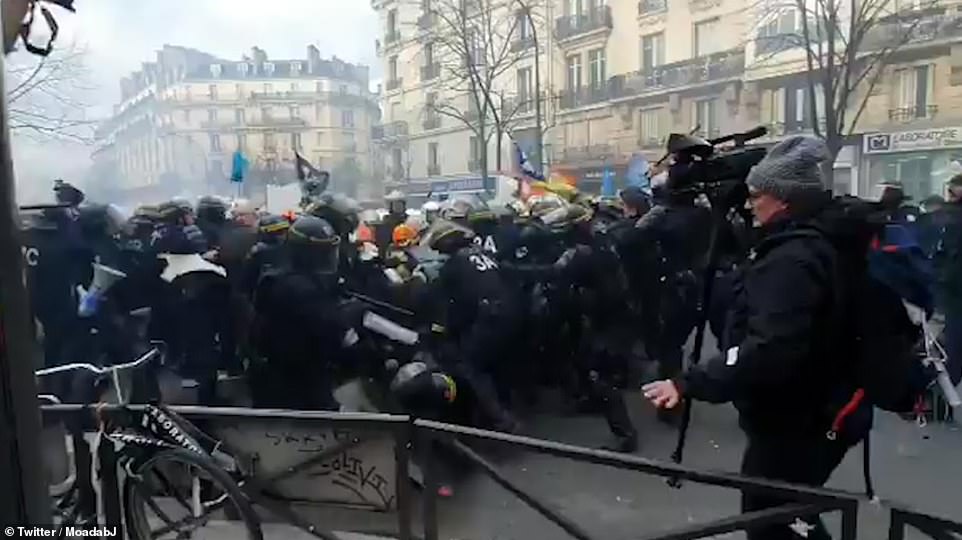 DailyMail.com states: Fighting broke out between riot police and firefighters who were trying to break down security screens during anti-government protests in Paris today.

Videos of the astonishing violence were posted online during demonstrations close to the centre of the capital. ‘The firefighters were very militant, and at one stage tried to push down police barriers,’ said an eyewitness. 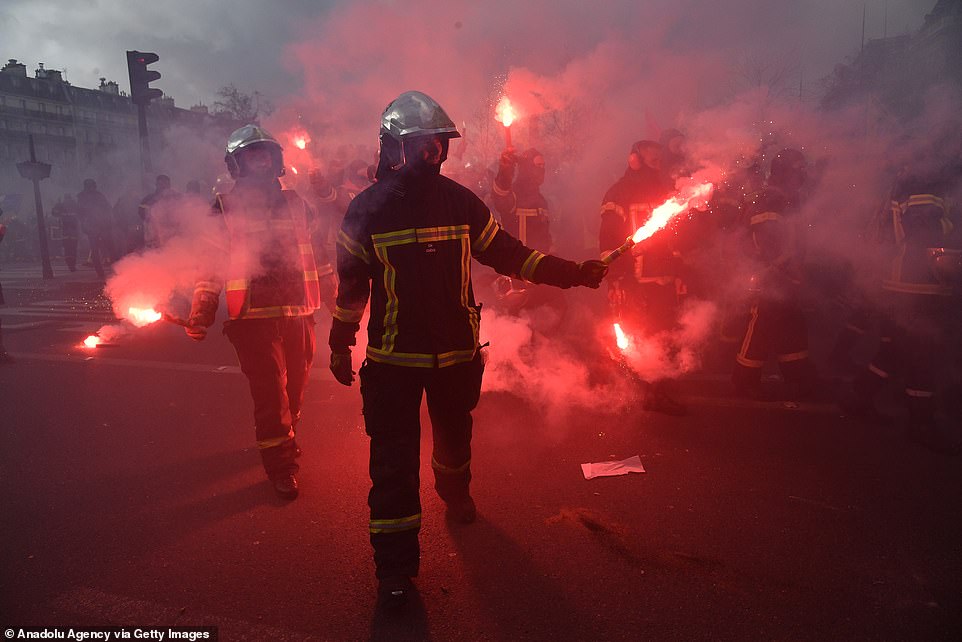 ‘The police responded with tear gas, and then went in with their batons. The fighting got very ugly.’

The worst trouble took place soon after 4pm in the Avenue de la Republique, between Republique and Nation squares.

The fire fighters had tried to tear down the barriers close to the Paris ring road, because they wanted to expand their marching route.

Read some more of this shit…