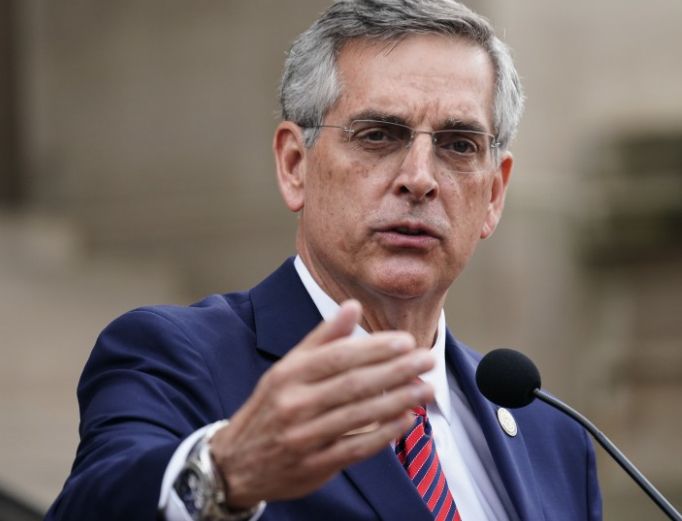 “Working as an engineer throughout my life, I live by that numbers don’t lie. As secretary of state, I believe that the numbers that we have presented today are correct,” Raffensperger said during a news conference. “The numbers reflect the verdict of the people, not a decision by the secretary of state’s office or our courts, or of either campaigns.”

The recount however appeared to be rigged because elections officials were not checking signatures and it was also revealed that the state instructed officials to report original vote totals.

Furthermore, only 1 election observer was allowed at every 10 tables.

One Georgia recount worker went on the record in Wood v. Raffensperger and described an odd batch of ballots that stood out — pristine sheets with no markings that went 98% to Joe Biden.

The monitor describes how ballots that had been handled looked worn and had already been written on — except for a magical pristine batch for Joe Biden.

The recount worker said this pristine batch of ballots had a different texture and that the markings for the candidates were “unusually uniform” as if marked by a ballot-marking device.

President Trump has tweeted to Brian Kemp to get tough after virtually zero ballots were rejected this election compared to a 4% rejection rate in years past.

Almost ZERO ballots rejected in Georgia this election. In years past, close to 4%. Not possible. Must have signature check on envelopes now. Very easy to do. Dems fighting because they got caught. Far more votes than needed for flip. Republicans must get tough! @BrianKempGA

Trump tagged Brian Kemp again asking for the signatures to be checked.