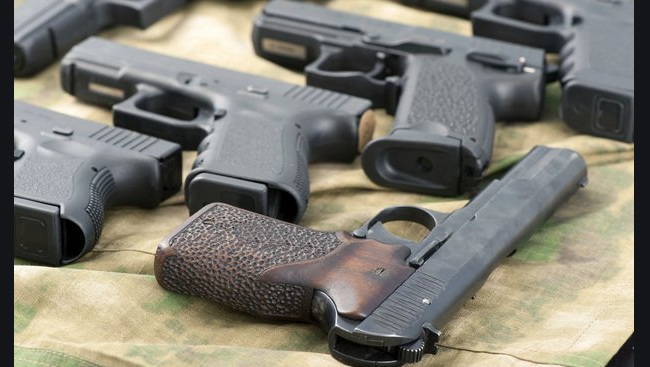 The lockdown played merry havoc with gun rights in the state of Georgia. While ostensibly a pro-gun state, Georgia shut down all courthouses in the state as part of their response to COVID-19. Now, ordinarily, this wouldn’t be a big deal except for one thing. The issuing authority for carry permits are the county probate courts.

Because the courthouses were shut down, there was no way to get a permit issued if you needed one.

The Georgia General Assembly has decided they needed to step in and make sure that doesn’t happen again.

A bill expanding gun right protections in Georgia is heading back to the House after it passed the state Senate Monday with an amendment further limiting the powers of the governor during states of emergency.

When it passed the House last week, the bill had language preventing the governor from blocking gun or ammunition manufacture or sales, suspending or revoking gun licenses, refusing to accept an application or single out gun stores or shooting ranges for closure during a state of emergency. State law already bars a governor from prohibiting possession of firearms or ammunition during emergencies.

It gets better, though.

The bulk of the bill still proposes expanded gun rights even without a state of emergency.

“This is a Second Amendment protection bill that further recognizes Georgia’s commitment to protect its citizens and their Second Amendment rights,” said Sen. Bo Hatchett, the Cornelia Republican who carried the bill in the Senate.

If Kemp signs the legislation, Georgia will honor concealed carry licenses from any other state, rather than only those from states that have specific agreements with Georgia.

The bill also authorizes probate court judges to create online application processes for weapons carry licenses and renewals. It restricts the creation of multijurisdictional databases of people who have applied for weapons licenses and directs law enforcement agencies to hold auctions of confiscated firearms at least once per year.

Honestly, an online application process would be huge since part of the hassle of getting a permit in Georgia is having to physically go to the courthouse, then get fingerprinted by the sheriff’s office, then back to the courthouse. Doing as much of it as possible would be a huge help, especially for renewals, but even for the initial issue of permits.

Plus, barring databases protects the privacy of gun owners. The truth is, law enforcement has no need of a database of who has permits and who doesn’t. It’s not necessary for solving criminal cases or ensuring public safety, so they should be barred.

The question is whether Governor Brian Kemp will sign it, and I’m not so sure he will. I’m not saying he won’t, but the bill also restricts his authority during emergencies, which might not sit well with Kemp.

Then again, Kemp isn’t as popular as he once was. Many Republicans in the state blame him for President Joe Biden sitting in the White House right now, for example. Can he really afford to veto a bill that’s likely to be so popular with his base?

Probably not. Not if he wants to have a shot at reelection, anyway.