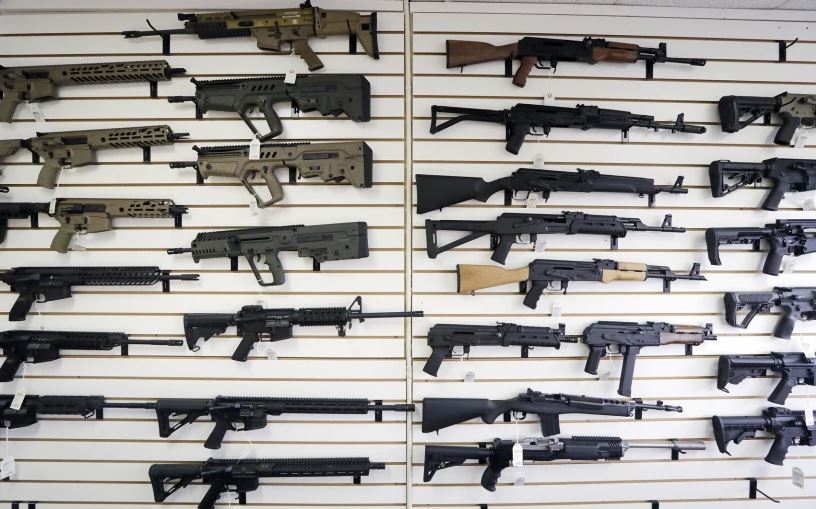 The actions by the justices sent these cases back to lower courts to reconsider in light of their June 23 ruling that declared for the first time a constitutional right to carry a handgun in public for self defense.

Last week’s 6-3 ruling, with the conservative justices in the majority and liberal justices in dissent, struck down New York state’s limits on carrying concealed handguns outside the home. The court found that the law, enacted in 1913, violated a person’s right to “keep and bear arms” under the Second Amendment.

The ruling also clarified how courts must now assess whether regulations are valid under the U.S. Constitution’s Second Amendment, requiring them to be comparable with restrictions traditionally adopted throughout U.S. history. Legal experts say – and gun control advocates fear – such a standard could lead courts to invalidate more gun restrictions nationwide.

The justices’ actions on Thursday mean that lower courts that allowed gun restrictions will have to reconsider decisions including one upholding Maryland’s ban on “highly dangerous, military-style assault rifles.”

Maryland enacted its ban after a shooter used such a weapon in the 2012 mass killing of 20 children and six adults at Sandy Hook Elementary School in Newtown, Connecticut. Five other states also ban these weapons, Maryland said in a legal filing.

Assault-type rifles have been a recurring feature in U.S. mass shootings in recent years including the May 24 attack that killed 19 children and two teachers at an elementary school in Uvalde, Texas, and the May 14 attack that killed 10 people at a grocery store in Buffalo, New York.

The justices also sent back to lower courts rulings upholding bans in New Jersey and California on firearm magazines with more than 10 rounds of ammunition. The challenges in those cases were filed by state affiliates of the National Rifle Association, a gun rights group closely aligned with Republicans.

The Supreme Court also threw out a lower court decision that upheld Hawaii’s restrictions on openly carrying firearms in public as valid under the Second Amendment.

Gun rights, cherished by many Americans and promised by the country’s 18th century founders, are a contentious issue in a nation with high levels of firearms violence.

Last week’s ruling represented the court’s most important statement on gun rights in more than a decade. The court in 2008 recognized for the first time an individual’s right to keep guns at home for self-defense in a District of Columbia case, and in 2010 applied that right to the states.

The new law blocks gun sales to those convicted of abusing unmarried intimate partners and cracks down on gun sales to purchasers convicted of domestic violence. It also provides new federal funding to states that administer “red flag” laws intended to remove guns from people deemed dangerous to themselves and others.

It does not ban sales of assault-style rifles or high-capacity magazines, policies Biden supports. But it does take some steps on background checks by allowing access, for the first time, to information on significant crimes committed by juveniles.