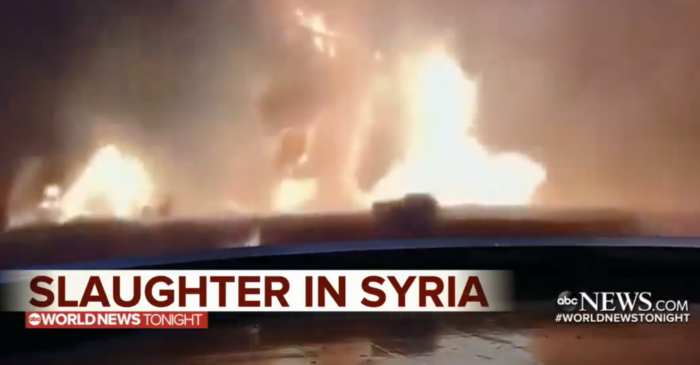 Wow, just wow… I have nothing. Literally. The video speaks for itself. But ABC news just tried to pass footage obtained from the Knob Creek Machine Gun Shoot as combat footage out of Syria.

Its unbelievable the lengths that the mainstream media will go just for a Rating. You can view the video from ABC news below.

It would appear that it has since been taken down on ABCs network. However, Twitter remembers

When compared to several years of Knob Creek videos it is very apparent where the footage actually came from. What we dont know is if ABC was tricked or if they intentionally used the video for shock and awe value.

Here is one of many videos you can find on YouTube for knob creek for comparison.

ABC has released an apology

CORRECTION: We’ve taken down video that aired on “World News Tonight” Sunday and “Good Morning America” this morning that appeared to be from the Syrian border immediately after questions were raised about its accuracy. ABC News regrets the error.

What do you think? Where they fooled or Trying to get those ratings?