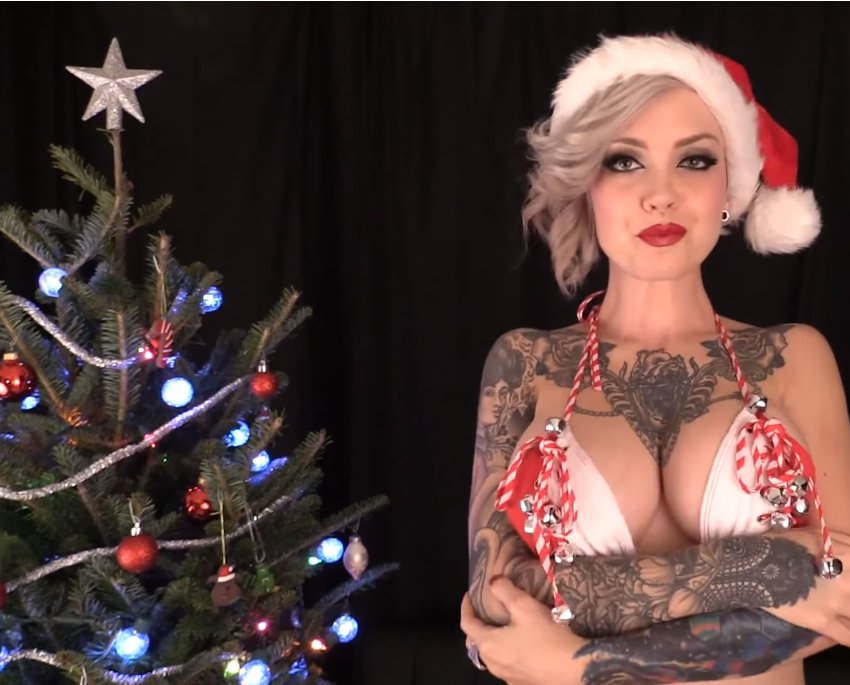 We’re not sure how these videos never made it on here. But SaraX did her own version of jingle bells.

However, after these videos were made she had  her implants removed due to various medical complications as she explained on her patreon:

“Starting almost immediately after implant, I began to feel unwell. By month three, I had developed anxiety and digestive issues, then joint pain, then chronic sinus infections so bad I had to have surgery, then crazy hormone imbalances & ovarian cysts, then hypothyroid, then random food allergies, then my adrenals went haywire. I have recurring Epstein-Barr virus that I never had before implants. I had trouble concentrating, brain fog, fatigue.  I had almost constant soreness in my chest, especially on the left side.  By the time I explanted I was having heart palpitations and trouble feeling like I was getting enough oxygen when I worked out, even doing simple stuff.  My left nipple stopped working and my entire left breast was numb within a couple of months of implant.  I didn’t realize that my pectoral muscles would be CUT off of my sternum to place the implants (that’s why they looked so NATURAL), so I lost almost all of my upper body strength pretty much immediately.  I had to give up pole dancing and any hopes I had of being able to do aerials.  COOL.

At the beginning of 2016 I decided that I didn’t want to feel so shitty all the time and I surely didn’t want to have to take thyroid pills every single damn day for the rest of my life, so I started looking up ways to heal the thyroid naturally, how to overcome autoimmune disorders, if it was possible to heal from celiac disease… and I ended up stumbling upon a bunch of women with breast implants who had THE SAME EXACT PROBLEMS AS ME.  Check out http://healingbreastimplantillness.com/breast-implant-symptoms/ for more info.

While science hasn’t officially come to terms with “breast implant illness” yet, there is something called ASIA Syndrome (Autoimmune Syndrome Induced by Adjuvants) as…”