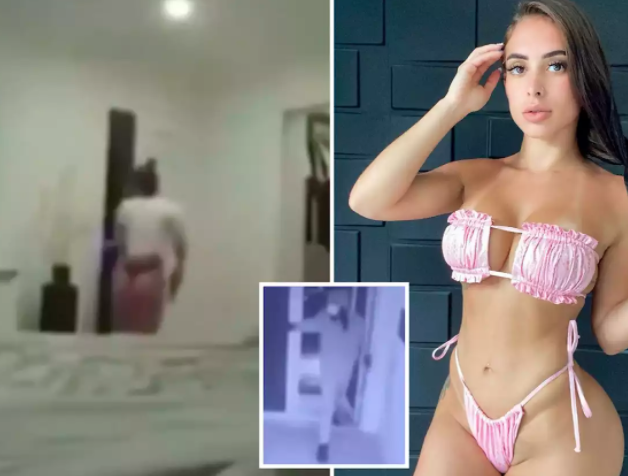 According to Daily Mail

Home security footage has captured the moment a Miami mom defended her family from masked burglars who burst into her home brandishing Uzis and opened fire.

Ansley Pacheco – who is an OnlyFans star and popular Instagram model – was in the bedroom of her Hileah property on October 4 when two men burst through the front door and began shooting at her husband, Daniel, and his friends.

Video shows Pacheco, 26, rush to grab her own pistol before she starts firing back at the robbers from the bedroom’s doorway.

A source in the Miami-Dade County Sheriff’s Office confirmed to DailyMail.com that deputies responded to a 911 call of a home invasion at the location and are conducting a full investigation. ‘In this case, they did have video,’ the source said.

‘Don’t shoot! My son is in here!’ the model can be heard yelling out in the video as she stands in a t-shirt and panties with her gun in hand.