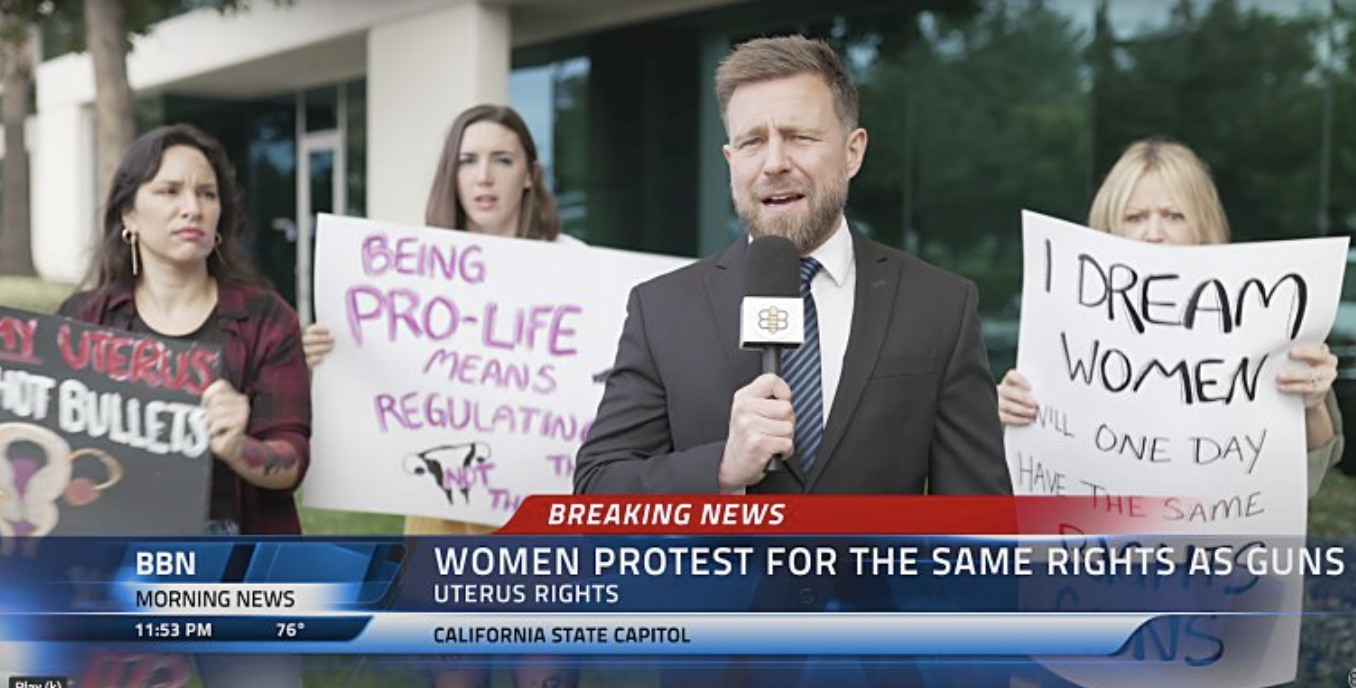 America’s newspaper of record (TM) the Babylon Bee has committed another act of blatant drive-by journalism. They’ve released a new video showing what the world would be like if women had the same rights as guns

Who hasn’t seen this common poster at anti-gun protests before?

Clearly, those who march around with those signs or shirts don’t have the first clue about the reality of gun regulation. Who was it who said, “It’s better to remain silent and be thought to be a fool than to open one’s mouth and remove all doubt?”

As an example of how silly the entire, “If women will have the same rights as guns” talking point really is.

Measure 114 would require Oregonians to pay a $65 fee for a permit to buy a gun and would ban the sale or transfer of magazines that hold more than 10 rounds of ammunition. pic.twitter.com/a13lepSKUo

The Babylon Bee has used this as a springboard for their latest video that’s more than a little shocking – and funny at the same time.

Inquisitor TiteBizoune
I tried the woman-lock device… things sure got awkward on my blind date but I’ve never felt safer in my entire life, Thank you Babylon Bee!

0bm31770
Amazing! The officer was able to identify women, without having a biology degree.

Mobile Engine Medics
Don’t forget that certain accessories are forbidden as they turn your regular woman into an assault woman. If your woman is under a certain length she must be registered on a form 1 or 4 with the AFT(ATF) before you can make or take possession of her. Also her purse isn’t allowed to hold more than 10 items in certain states. If you live in a state which allows it and you wish to quiet her yelling to a hearing safe level, be prepared to pay an extra tax, get finger printed, and go through an extensive background check before you begin your year long wait period to quiet her down. Remember that your woman is only allowed to speak one word per time you pull her finger unless she was born before 1986 and was properly taxed and registered with the government. If your woman violates these standards and you don’t hold a special license you can be subject to fines and imprisonment. I can’t wait to go pass my woman safety course and carry specialized expensive woman insurance so I can pick out my woman on the list of women certified for sale before waiting 10 days to take her home. Ahhhhh freedom.

ManiacDaddy
What about all those scary looking assault women?

Yes, it’s true. Sometimes people at these ginned-up protests don’t really think through the messaging of the signage  they pick up and waive.

And speaking of the Babylon Bee…their headline story yesterday scores another home run.