Virginia Bill SB64 States that a person is guilty of a Felony if that person Teaches or demonstrates to any other person the use, application, or making of any firearm, explosive, or incendiary device, or technique capable of causing injury or death to persons. This doesn’t just apply to firearms, but your martial arts as well. 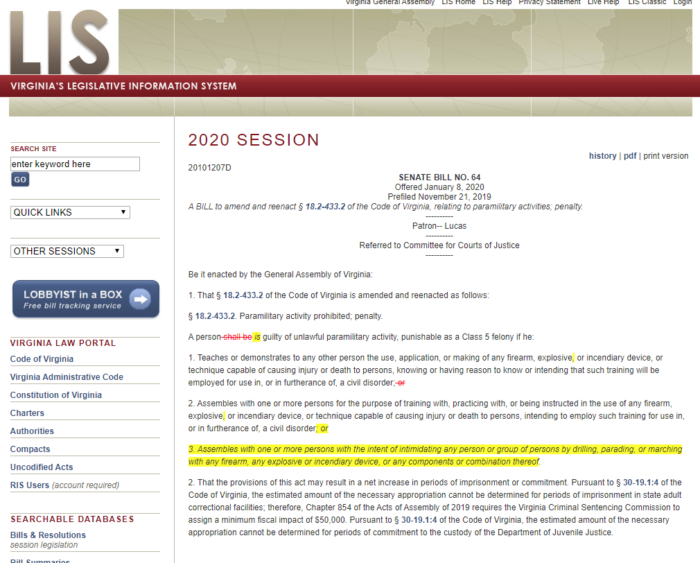 According to NaturalNews the law would instantly transform all martial arts instructors into criminal felons. This includes instructors who teach kickboxing, BJJ, Krav Maga, boxing and even Capoeira.

It would also criminalize all firearms training classes, including concealed carry classes.

It would even criminalize a father teaching his own son how to use a hunting rifle.

Specifically, the law says that a person “is guilty of unlawful paramilitary activity” (a class 5 felony) if that person:

“Assembles with one or more persons for the purpose of training with, practicing with, or being instructed in the use of any firearm, explosive, or incendiary device, or technique capable of causing injury or death to persons…”

The phrase “technique capable of causing injury or death to persons” covers all forms of martial arts and self-defense training, including Krav Maga, BJJ, boxing and other contact martial arts such as Tae Kwon Do or Tai Chi.

Under the proposed law, all forms of self-defense training — including hand-to-hand martial arts training — would be considered “paramilitary activity…