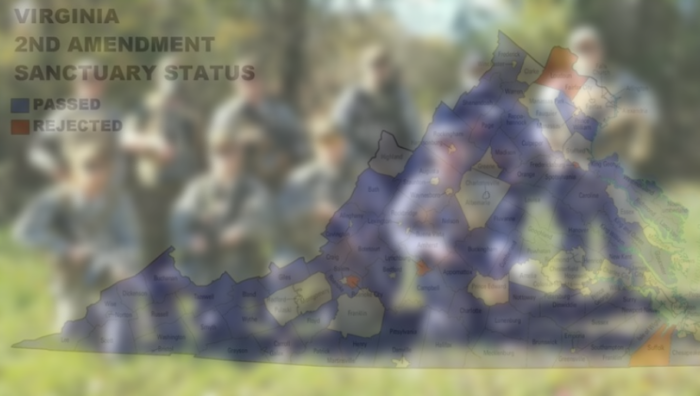 Virginia’s elected officials seem to be wanting to light another powderkeg. They do not have the support of the people or their law enforcement and have threatened sending in the National gaurd and firing law enforcement personnel if they do not enforce the unconstitutional gun control measures. Its Getting to the point where the people are sick and tired of the false narratives that the gun control crowd is pushing in order to justify their agenda.

Caroline County Va Sheriff Tony Lippas comments on 2A. “I know the Sheriff can start a militia if need be.” #2A #Virginia #Constitution #liberty #wehaverights @TuckerCarlson pic.twitter.com/V2aab4DbpN

WATCH: Virginia residents are fighting back against their local and state governments looking to clamp down on the 2nd Amendment.Check out MRCTV's exclusive reporting on a debate that could have ramifications for the entire country.

This mostly started after they introduced Virginia Bill SB64 which stated that a person is guilty of a Felony if that person Teaches or demonstrates to any other person the use, application, or making of any firearm, explosive, or incendiary device, or technique capable of causing injury or death to persons. This doesn’t just apply to firearms, but your martial arts as well. Basically Self defense would be a felony charge. We had reported on this earlier.

In response to the threats being thrown at them by the newly elected liberal fucktards, Tazewell County is putting together a Militia to combat any state official who attempts to remove a sheriff according to

Our position is that Article I, Section 13, of the Constitution of Virginia reserves the right to ‘order’ militia to the localities,” County Administrator Eric Young, who helped draft the ordinances, told the Herald Courier. “Therefore, counties, not the state, determine what types of arms may be carried in their territory and by whom. So, we are ‘ordering’ the militia by making sure everyone can own a weapon.

Tazewell County Sheriff Brian Hieatt told NBC affiliate WWVA the militia resolution “gives us some teeth to be able to act and do something if a law comes out dealing with firearms that we see is illegal.” 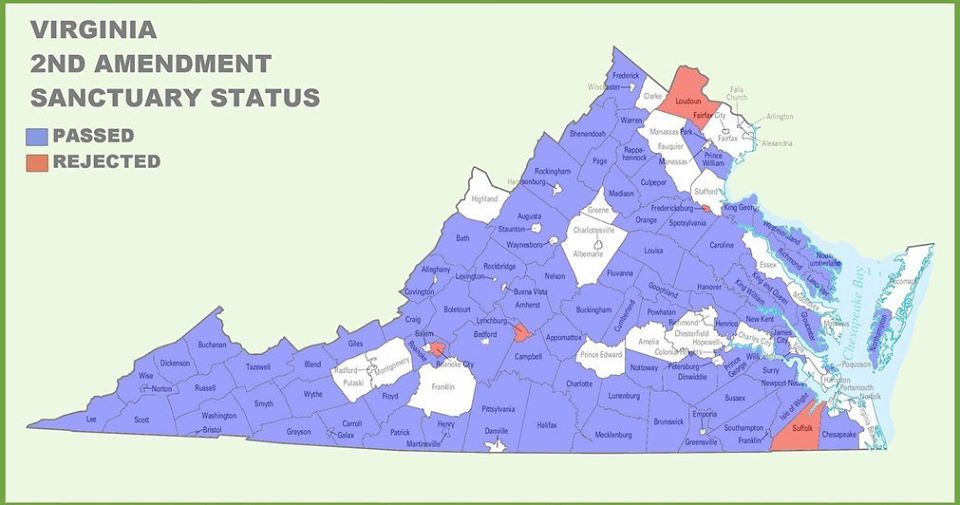 This of course comes after they introduced a bill to remove any sheriffs who refused to enforce their gun control bullshit. CBSWTKR Reports that Virginia Attorney General Mark Herring has responded to the trend of Virginia counties passing Second Amendment sanctuary resolutions ahead of next year’s General Assembly, saying they are being “ginned up by the gun lobby” and that any new gun laws passed will be enforced.

Then this idiot posted to twitter wanting the Attorney General for an opinion.

This morning I asked @AGMarkHerring for an opinion on localities declaring themselves as “Second Amendment Sanctuaries.” While I believe there is no binding effect whatsoever, we would benefit from a definitive opinion going into the 2020 session. My letter is below: pic.twitter.com/RN1bmNWG9o

According to the Washington Examiner Democratic lawmakers on Capitol Hill say local police who do not enforce gun control measures likely to pass in Virginia should face prosecution and even threats of the National Guard.

After November’s Virginia Legislature elections that led to Democrats taking control of both chambers, the gun control legislation proposed by some Democrats moved forward, including universal background checks, an “assault weapons” ban, and a red flag law.

Legal firearm owners in the state, however, joined with their sheriffs to form Second Amendment sanctuary counties, which declare the authorities in these municipalities uphold the Second Amendment in the face of any gun control measure passed by Richmond.

Over 75 counties in Virginia have so far adopted such Second Amendment sanctuary resolutions in the commonwealth, the latest being Spotsylvania County.

Its just fucking amazing (and Im not saying this in a positive tone) how detached from the citizens these elected officials are. They WILL NOT support 2nd amendment santuarty cities but are quick to fight for Sanctuary cities for immigrants or push to abolish ICE.

For those who arent quite getting what exactly is going on here, Heres the cliff notes.

Virginia’s elected officials are threatening violence against citizens who do not comply with unconstitutional laws after.

Virginia could very well become a powder keg should they try to enforce these laws to the scale they are threatening.