As you may recall at last weekend we got hit with a hard throttle by Facebook. They essentially killed our reach for posting click-bait. The article flagged was simply titled “TacticalShit is in the news this time for a good reason.” or more recently “Russia pretty much Nuked themselves” Both which pretty much tell the reader what is in the article without being clickbaity.

Several pages were hit including our main page, Tactical Trucks, and Girls with weapons. Your friendly admins were greeted with this bullshit upon arriving to work. After contacting Facebook to review their flag they “Instantly reviewed the content in their favor” and lowered our reach. Its not surprising. They have been known to CENSOR people who they do not agree with on multiple occasions and since they cant do it directly without getting themselves into hot water they find workarounds. Which is weird because none of the articles targeted have had anything remotely to do with the left much less attack them. Most recent articles have been pretty neutral. 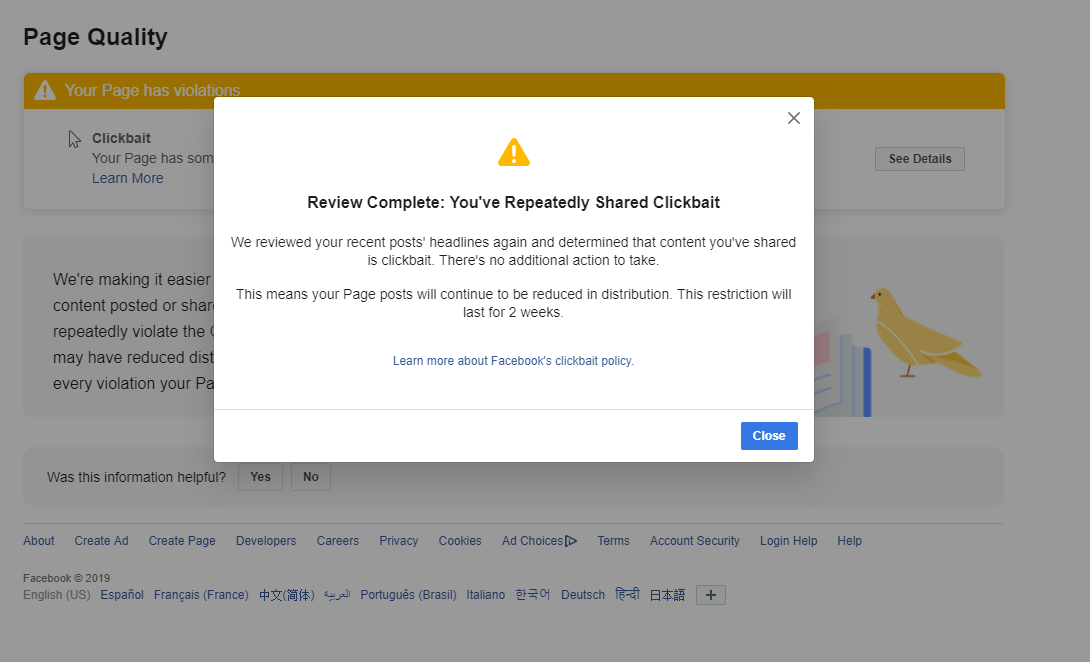 Well the censorship is bigger than just social media and these two incidents may be tied together. It would seem that one major tech company is playing the game as well. Anything that is not within the lefts ideology is being targeted. Christians, gun owners, republicans, the list goes on. 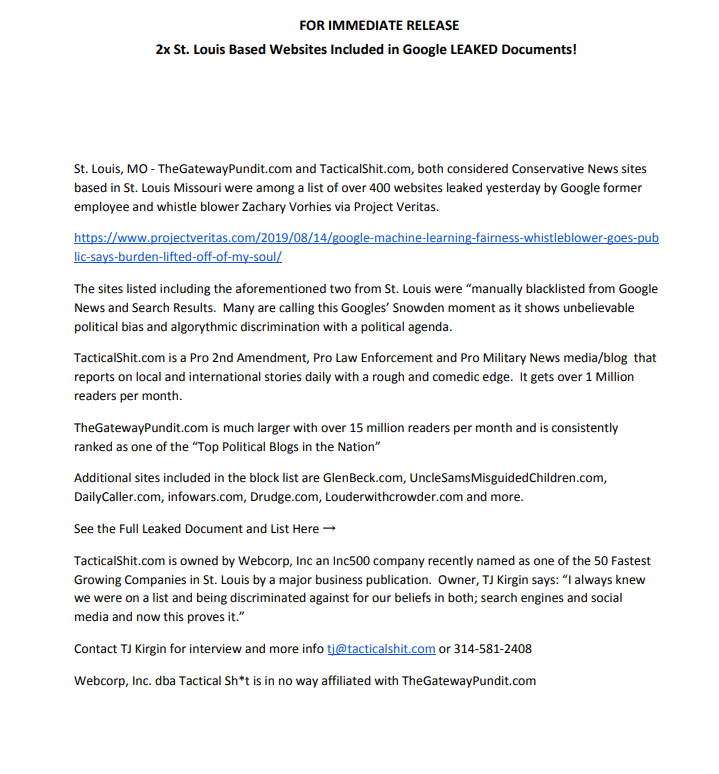 Project veritas managed to get insider information from several tech companies confirming that this is not a conspiracy theory. Project veritas reported that this courageous young man leaked documents to Veritas that showed Google’s political agenda and an editorial bias — potentially evidence that Google is running amiss of their exemptions under Section 230 of the Communications and Decency Act and that list of sites can be scene here

The whistle blower decided to go public after receiving a letter from Google, which suspected him of leaking information, and after Google allegedly called the police to perform a “wellness check” on him.

According to Vorhies, San Francisco police received a call from Google which prompted a “wellness check.”

This is big and may even result in legal action being taken. A lot of major blogs and websites that are not left leaning have been compiled onto a black list and are having their reach and content throttled almost ensuring that it is barely seen, if at all.

According to leaked docs obtained by @JamesOKeefeIII of @Project_Veritas, we are being actively excluded from @Google search results. Anyone surprised? pic.twitter.com/JPqiwBjH7A

The TOLERANT LEFT is literally acting like the “Facist and Nazis” they imagine they are fighting. This is the modern day equivalent to book burning and a direct attack on free speech. Silencing those you do not agree with is downright disgraceful. Hypocrisy at its finest.

Be sure to spread the hell out of this article. We’re sure google is probably gonna throttle or flag this article too.