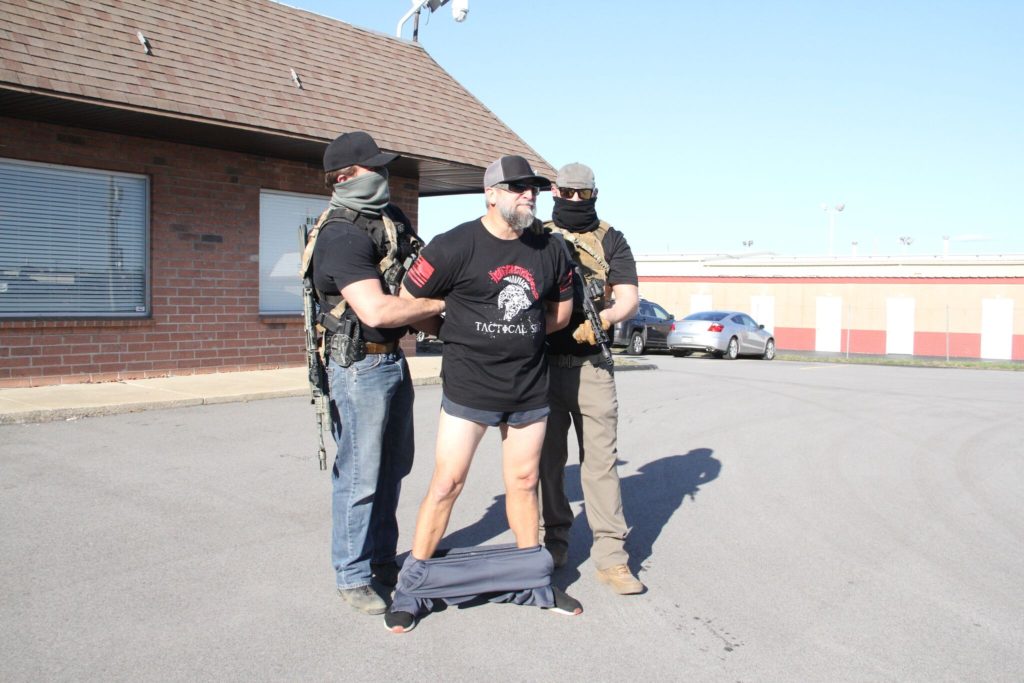 A St. Louis gun parts store owner Tj Kirgin aka Sig Glockincolt was arrested Sunday on suspicion of illegally traffiking bump-stocks and binary triggers a special agent in charge of the investigation announced. According to the Indictment Kirgin allegedly illegally sold parts that allow for the simulation of automatic fire. Kirgin operated Tactical Shit, a store in St. Peters, Missouri, that displayed firearm accessories and gear for sale.  Kirgin was the principal decision maker for the store. In addition to holding itself out as a business that sold firearms parts, Tactical Shit also has a large social media presence on Facebook and YouTube who have recently been highlighted for their anti gun policies forcing many Content creators to flee to pornhub. 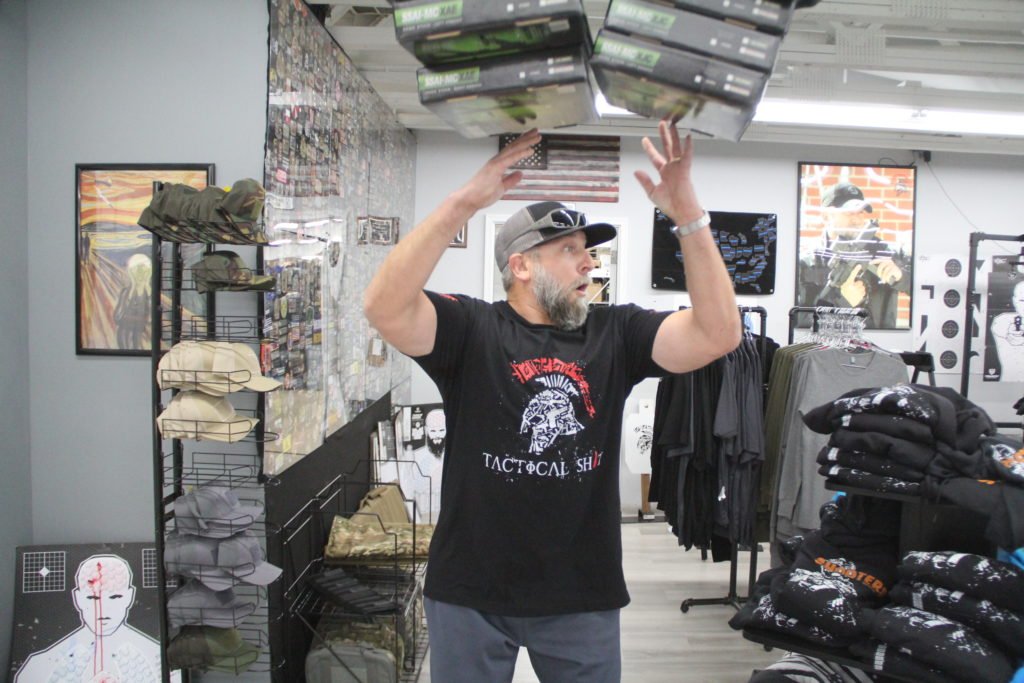 The raid happened shortly after agents received a tip from the local Antifa group that Tactical shit was hurting their feelings after being told that wasn’t a crime and to quit wasting law enforcements time they were quick to point out that Kirgin was still selling bump-stocks even though many believe they should be banned due to the fact that they make AR15s super scary and induce fear amoung the snowflakes!

As a result Tactical Shit is being forced to close its doors for good. That goes without saying that they are having a sale to try and cover T.J.’s legal fees. Everything store wide is 12% off when you use the code 12DAYSOFSHIT at Checkout. Though some items are excluded, because they are already on sale, and at the LOWEST possible price they can legally sell them to you.

Its been a good run. We have enjoyed our fans and the shenanigans we were able to endure during out time here in St. Louis. We are going to miss our fans for the entire 6 seconds after reading this sentence that….

But on a serious note we as responsible gun owners need to continue to fight to keep the 2nd Amendment going strong. Just posting on Facebook or in the comments on a YouTube video is NOT going to help our cause. We need to be more active as responsible gun owners and make our voices heard. Whether its writing your congressman, senators, or at the ballot box. Because if we dont next year this could very well be a reality for many instead of a April fools joke. Its already in the works just take a look at the article below.

FoxNews reports that The Trump administration on Tuesday took first steps to ban the sale of bump stocks on semi-automatic weapons and has made them illegal to possess beginning in late March.

“Following the mass shooting in Las Vegas, ATF received correspondence from members of the United States Congress, as well as nongovernmental organizations, requesting that ATF examine its past classifications and determine whether bump-stock type devices available on the market constitute machineguns under the statutory definition,” the regulation, which was signed by Acting Attorney General Matthew Whitaker on Tuesday morning, noted.

It continued: “The Department decided to move forward with the rulemaking process to clarify the meaning of these terms, which are used in the NFA’s (National Firearms Act) statutory definition of ‘machinegun.’”

The regulation will go into effect 90 days after it is formally published in the Federal Register, which is expected to happen on Friday, a Justice Department official said.

People who own bump stocks will be required to either surrender them to the ATF or destroy them by late March, the official said. The change has undergone a legal review and the Justice Department and ATF are ready to fight any legal challenge that may be brought, the official added.

In March, President Donald Trump said his administration would “ban” the devices, which he said “turn legal weapons into illegal machines.”

Shortly after the president’s comments, the Justice Department announced that it had started the process to amend federal firearms regulations to define bump stocks as machine guns. The Bureau of Alcohol, Tobacco, Firearms and Explosives sought…

The Firearms Policy Coalition is actively fighting the ban. You can learn more at FIGHTATF.COM

These are just a few examples of what we are up against and why it is so important to take action and make our voices heard!